Thanks to completing the stage without dying, you will reeive am orange gem, which you need to enter secret locations on several other stages. Unfortunately, this is not easybecause you will be covering areas over chams for the whole time, just like in Temple Ruins of the previous isle. Even the slightest mistake can make you die. 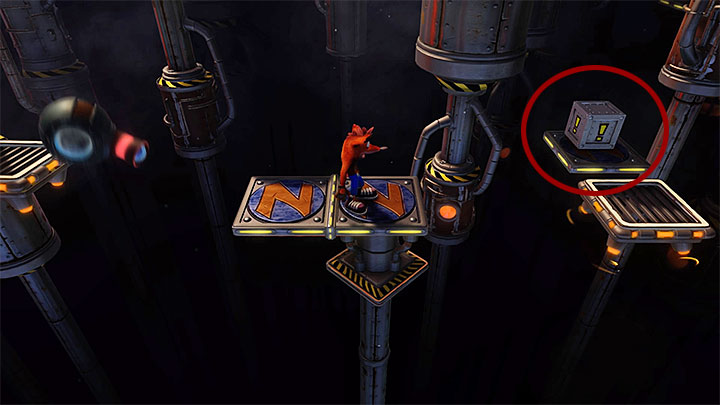 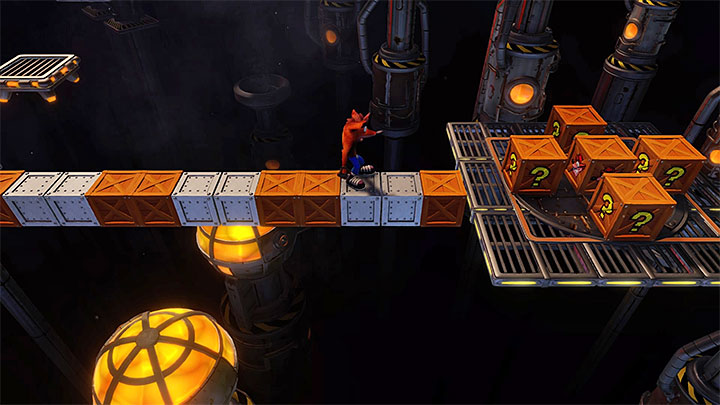 Start by smashing the crates in the starting location, but watch out the TNT crate (the countdown starts after the metal crate drops onto it). Jump from one small platform onto the other, above the chasm. In mid air, it is a good idea to use Spin attack to remove the robots orbiting around the ledges. A bit ahead, destroy the regular crate, carefully and quickly move away from the TNT crate.

Head right and stop after you reach the metal crate with the exclamation mark shown in screenshot 1. Hit it and only after that, go right (there is Tawna's first token around).

Stop after you have reached the location shown in screenshot 2. Here, you can go right and reach a big platform with several crates on it. Quickly, shmas all of them, because the platform will soon drop down. As you go back, remember to smash the ooden crates (you have to jump onto each one of them). 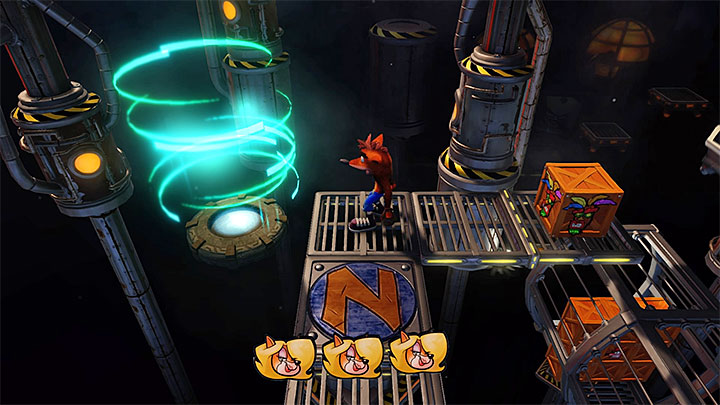 Start jumping towards the small platforms (some of them will soon drop down to the chasm, so don't stop) and obtain Tawna's second token. Soon, you will reach an area with small platforms going up and down. Take jump onto each platform while it is in the peak position.

After that, you will reach a crate with Tawna't last token and a portal to the bonus round (shown in the above screenshot). In this round, there are only 8 crates to smash, but you will have to jump over the chasm, so you will have to guide Crash in mid-air.

After you return into the factory, go right and start jumping over the movind platforms. Additionally, you have to watch out here for the flying robots with spikes. You can try to delay some of the jumps, or try to eliminate robits with Spin attack (risky). Apart from that, watch out for the neighboring, unstable platform that will soon drop down. 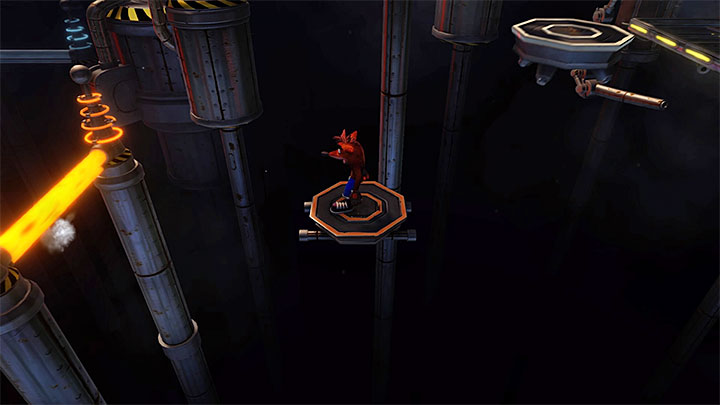 Take several new platforms traveling into further parts of the factory and start jumping over the ledges going up and down, thanks to which you will reach a checkpoint. Smash the wall of wooden crates and head on, while minding the two flying robots with spikes.

Jump onto the platforms (they drop quickly) and destroy, carefully, the wooden crate with two TNT crates on both sides (activate Spin attack in mid-air, after you have already jumped). There is yet another difficult action, after you reach the moving platform shown in the above screenshot. During this and the next ride, you will have to jump over obstacles, where a hot pipe is one of them, which makes things even more difficult. Fortunately, this is nearly the end, because you find the portal soon after you reach a stable platform with extra lives.