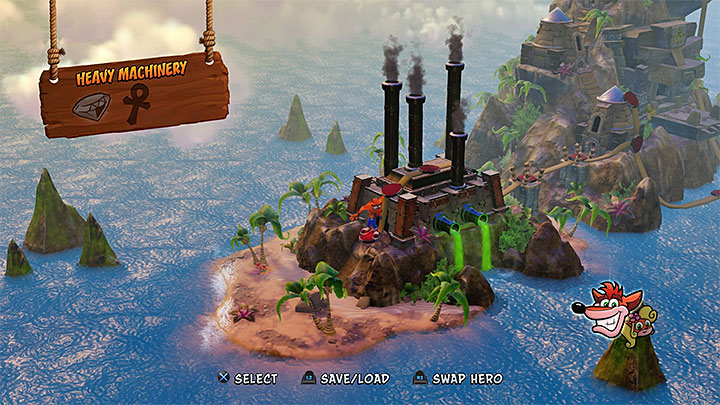 This chapter contains information on locations, on the Cortex Island, you visit in the Crash Bandicoot, which makes up Crash Bandicoot N. Sane Trilogy. Cortex Island is the last, third, island in the game. To the major extent, it consists of difficult stages in which it is easy to die. Apart from that, many of the missions here are relatively long, which increases the risk of making a mistake on your path towards the portal at the end.

Note - Boss fight stages have been discussed in a separate part of this walkthrough. On Cortex Island, you will have to fight Pinstripe Potoroo, Nitrus Brio and Neo Cortex. The last two fights are difficult and it is nearly inescapable that you will have to replay them several times, before you can get everything right.