It's the last "exploratory" stage of Wumpa Island. It's quite difficult and it make some time before you complete it. Furthermore, you need to look around carefully and destroy all crates that you will come across - there are two bonus rounds and completing one of them (Neo Cortex) will unlock a secret level. 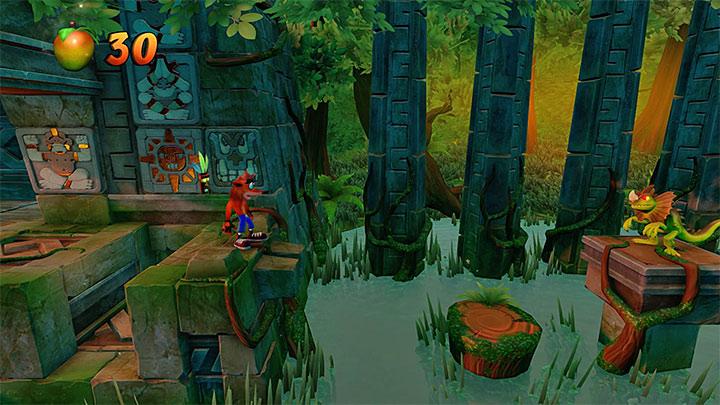 Go right and avoid obstacles that you already know from The Lost City. Especially watch out for moving bridges (don't remain too long on the outer side) and blocks coming from the walls (always try to memorize the pattern).

Once again you will face jumping lizards and bats. Be very careful with the lizard presented in the screenshot, as it jumps between small shelves, and a missed attack will cause your death (some bats will appear once you deal with the lizard, so jump carefully between the lower platforms). 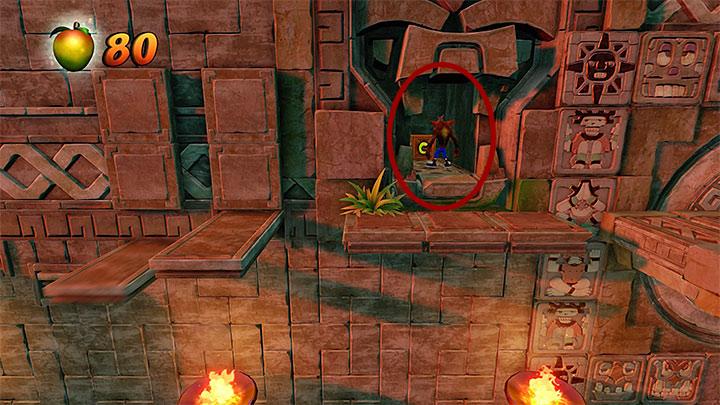 Once you get far to the right side, you will have to start climbing - there will be a couple of places like that. It's a rather difficult activity, as you climb moving platforms, and bowls with flames. Your jumps and timing will have to be perfect.

Once you reach the top, head left. It's crucial that you search the hole presented in the picture - if you destroy a crate that is located there, you will unlock a well-hidden checkpoint. 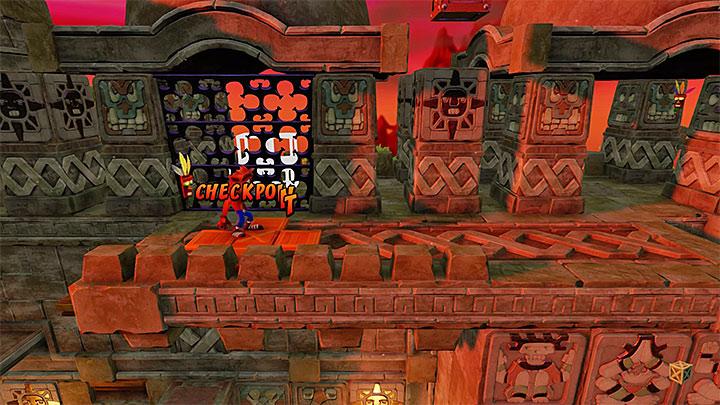 You will need to climb some more. Perfect timing is once again essential.

There are 6 tokens to be found. You won't have any problems with finding Tawna's tokens. On the other hand, tokens of Neo Cortex won't be that easily accessible and you can find the first of them after reaching the checkpoint presented in the screenshot. On the right, you will find a jumping lizard, so jump on it to eliminate the creature. This will unlock crates in the background (only their frames were visible previously). Go deeper into the screen, turn left, and reach these crates to collect the desired token. 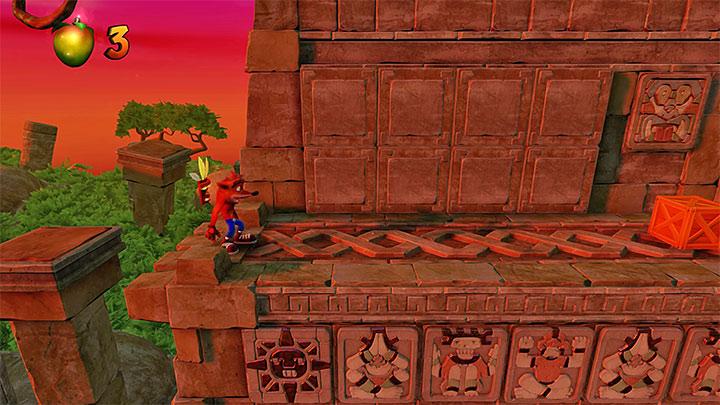 Getting the second token of Cortex is not that obvious as well. Go right towards the place where you found the first token, avoid new obstacles until you reach the place presented in the picture. Try to avoid stone blocks coming from the walls, and while going right, jump on two wooden crates. After bouncing from the second one, you will be able to reach a token high in the air. Once you obtain it, jump across upper parts of the moving blocks and head right to exit this dangerous area. 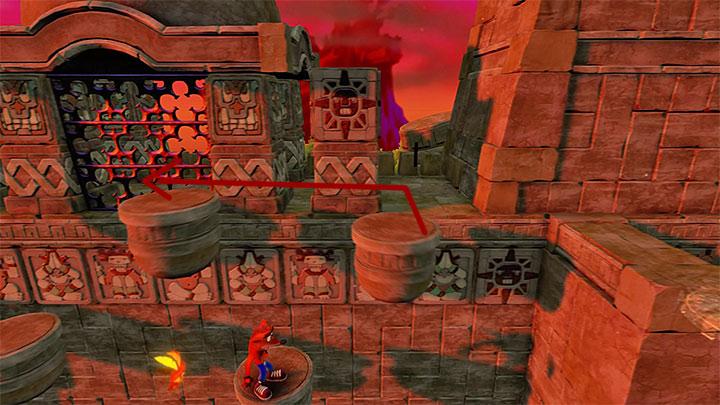 Move on to the right till you reach an area will levitating groups of platforms. Jump on one of the platforms from the first group, and then on one of the objects from the second group. Draw your attention to the fact that you are not supposed to jump right but rather in the direction presented in the screenshot. Go left and collect the third token of Cortex.

You can go back to the main path and use the nearby portal to access cortex's bonus round. This secret level will require you to destroy 23 crates. Most of them are explosive crates, and thus you will have to move quickly to the right if you don't want to lose too much ground under your feet. Destroy all the crates to receive a reward - Cortex's Crazed Contest and a key to a bonuses stage Whole Hog (the level was described on the previous page of the game guide). 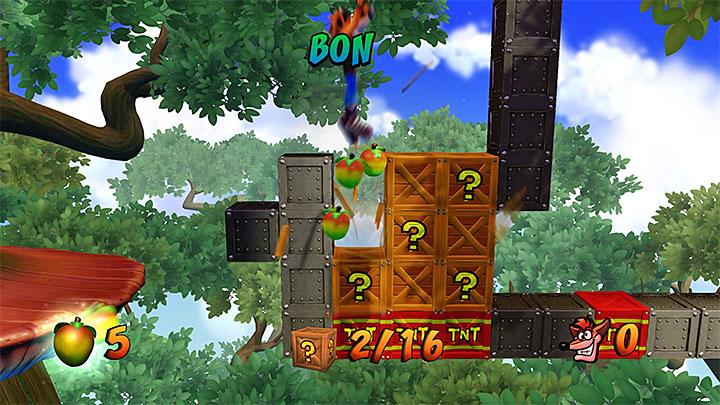 Once you get back to the main stage, go right. The path will lead you to another climbing spot, and again a single mistake can end tragically. On your way up, you will come across a portal that will take Crash to Tawna's bonus stage. You will need to destroy 16 crates, and you need to be extra careful in the spot presented in the above screenshot. Don't land on one of the TNT crates as you won't manage to escape on time. Instead, try to bounce between all crates placed on the explosive objects.

Leave the secret location and finish your journey to the very top (you will unlock a checkpoint on the way). Go right and deal with the last remaining lizard. Before you actually use the portal, destroy the crates in the background.

Remember - once you complete this stage, you will face the boss - Koala Kong. Description of the boss fight was included in a separate part of the guide.