This stage may seem extremely difficult at first as all your jumps need to be perfect (and there are a lot of jumps to perform). Fortunately, you can walk across the ropes - find more details in the next part of this text. 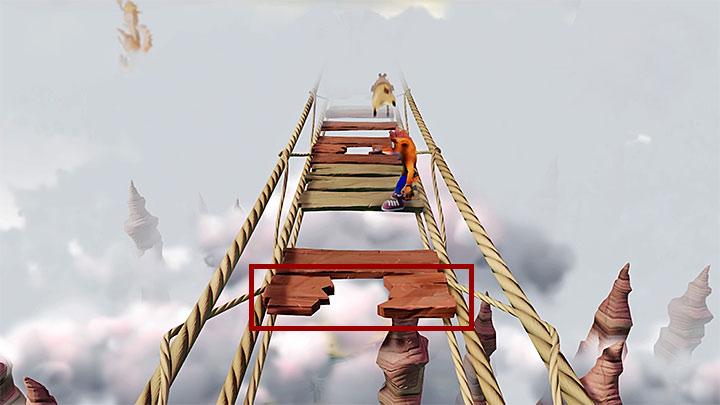 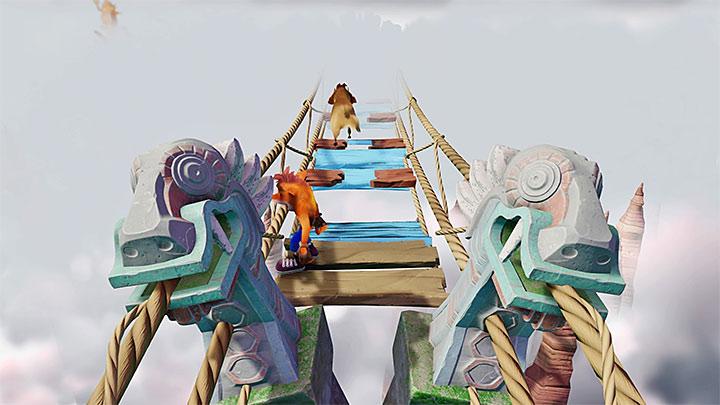 The entire level is a mountain path where you will have to cross hanging bridges. Unfortunately, each bridge is incomplete and jumping between planks in mandatory. Furthermore, certain planks will react in a specific way, once Crash walk on them. Here is how it works: 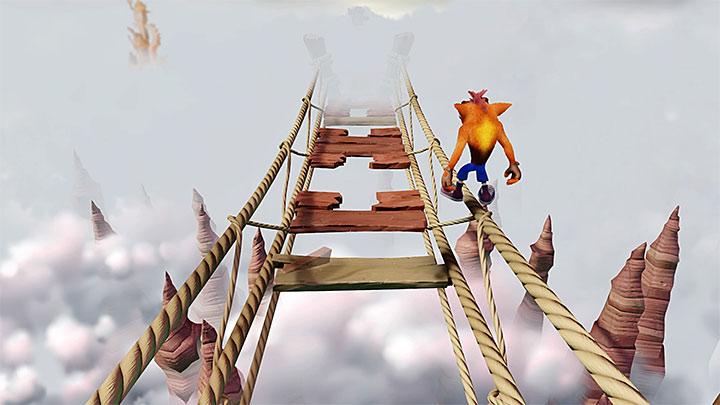 If you find it difficult to jump between planks or you don't want to lose too many lives, you can try to run across one of the ropes. Similar behavior was presented in the screenshot and one needs to remember that: 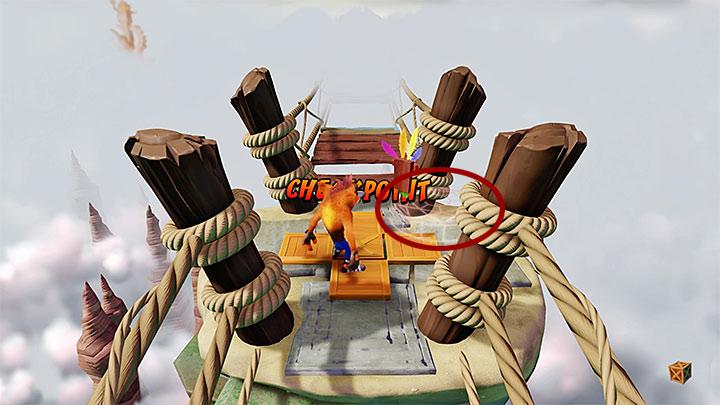 At one point you will reach a wall made of metal crates, two TNT crates and one normal crate. Try to jump near the normal crate and destroy only that crate. Move away from TNT crates that will soon explode.

By one of the unlocked checkpoints (see screenshot) you will find one of two places to put a red gem from Slippery Climb. A platform will take Crash right. Perform some basic jumps, move as far to the right as possible and jump to reach the TNT crate located by the first exclamation mark. Move left and touch another exclamation mark. Go right, jump on a wooden crate and use it to reach the metal ones. There is a wooden crate behind one of them, and destroying it will unlock new secret crates (e.g. three extra lives). Once you search the secret area, get back to the bridge. 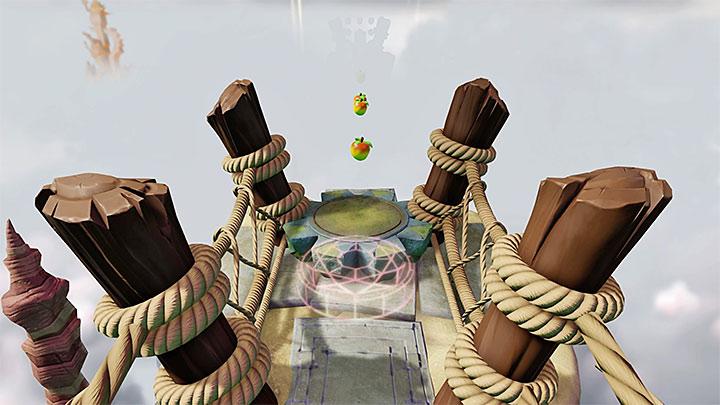 You will come across hogs running across the bridge. If you are not using the ropes to travel, try to jump over them and don't fight them with your Spin attack. A little further, you will run into turtles. You can eliminate them or use them to bounce and perform long jumps. Look around for Tawna's tokens to unlock a bonus round. It will require you destroy 9 crates. This will earn you two extra lives.

In the final part of the stage (see screenshot) there is another place where you can put the red gem. It will take Crash to a place where he will have to jump over invisible (until you touch them) bright planks. They come in pairs, so use this hint to calculate your jumps.