This level is in many ways similar to the previous one - Jungle Rollers. However, this time avoiding the obstacles will be harder. The level is also slightly longer, although the large number of chests is caused mostly by the fact that the level features two bonus zones. 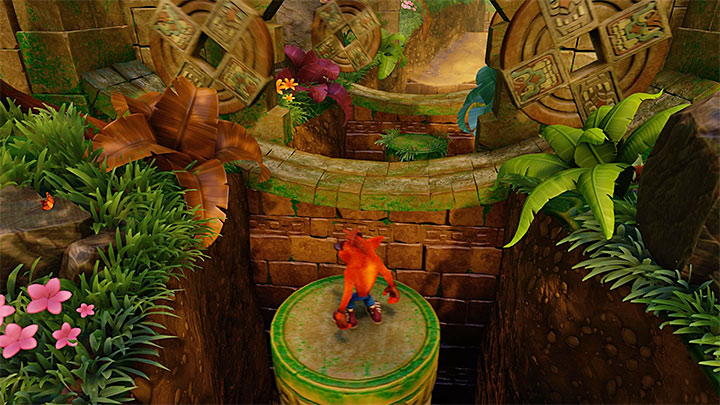 As the name of the level suggests, one of most common encountered threats in this level are giant rolling stone blocks. You must be more careful than in Jungle Rollers mission as frequently there will be two obstacles next to each other. Additionally, near some stones there are additionally holes and small round platforms surrounded by a chasm (an example is shown on the picture).

Another important thing is that for the first time you can collect tokens with Doctor Nitrus Brio's portraits. Secrets with Tawna's and Brio's portraits unlock two separate bonus rounds.

In Tawna's secret level (it is unlocked quite early) there are 21 chests to destroy. Some of them are above a chasm and in two places you must bounce between two chests with apples placed one under another. 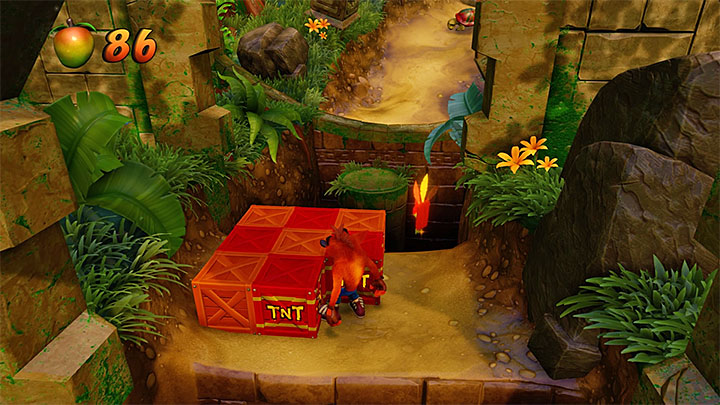 While in the jungle, you must watch out in places with TNT chests - an unwise attack might detonate them too early. Especially the chests on the above picture are dangerous. First you should avoid contact with TNT chests (they are slightly more red). First jump on the regular chests and you will get an extra life and a token with doctor Nitrus portrait. 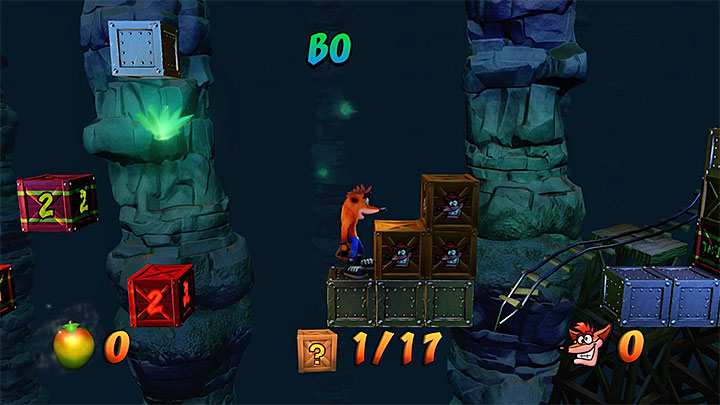 You will reach Nitrus Brio's secret round slightly later. There you will have to destroy 17 chests. The task will be much harder than in Tawna's bonus level. First you must quickly jump between the explosive chests while in the same time avoiding the upper metal chests. After finishing the first part of the bonus level you will reach the place shown on the above picture. Here there are three chests - each with an extra life.

The second part of the bonus also features explosive chests. It is best to jump and use spin attack in the air to destroy the regular chest in the middle. Then go back to the left and wait for detonation. Finally jump between the three chests floating above the chasm - you will get three more lives (giving a total of six extra lives!). 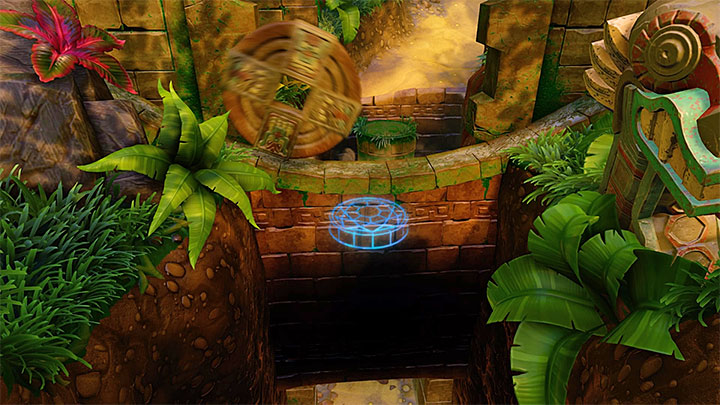 Reaching all chests requires having the blue gem unlocked - it is given for a perfect run in Toxic Waste (0 deaths, collecting all chests). The gem can be used in the place shown on the above picture. It unlocks access to a tunnel with six chests (jump on the blue gen to ride down the tunnel).