This level isn't very hard, but it requires you to face new types of obstacles and monsters. It's also the first level in which there is a bonus round. Important - contrary to the previous level, here you won't be able to destroy all chests at first. To do that, you will have to come back to this level later. 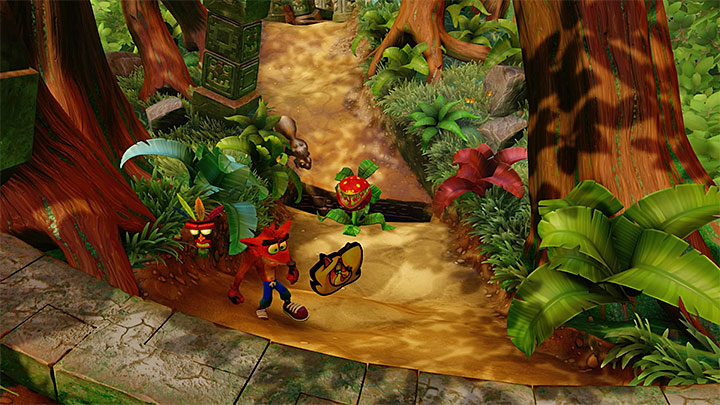 You will find some new "attractions" from the very start of the level. One of the first novelties is TNT chests. DON'T USE spin attack on them as this will cause them to explode and kill Crash. Instead of that, take advantage of the fact that jumping on a TNT chest activates a countdown. They will explode after a few seconds since triggering (causing these chests is required for obtaining the clear gem).

Another important thing is new enemies. Skunks and carnivorous plants can be destroyed with spinning attacks. The former will keep reappearing until you move forward. As for the plants, watch out that you don't get too close to them because they can suddenly attack and eat you (first such death is "awarded" with Feeeed Meeeee! trophy.

While playing this level in some chests you will find tokens with Tawna's portraits - an example token is shown on the above picture. 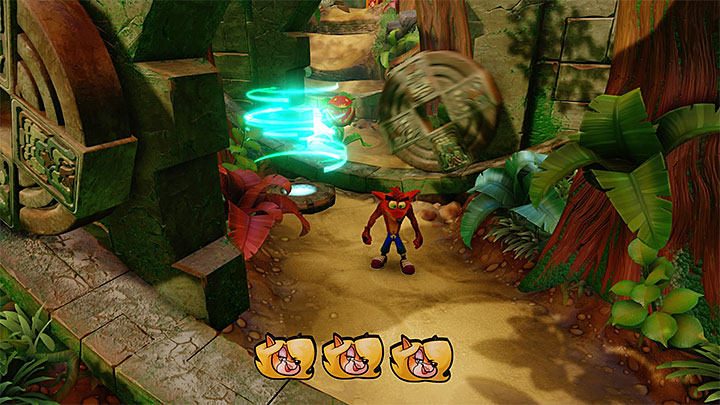 Finding and collecting three tokens will enable you to use the portal shown on the above picture. This portal will take Crash to an optional bonus round. There you have five chests to destroy (destroying them is required for unlocking the clear gem). You will also obtain an extra life. 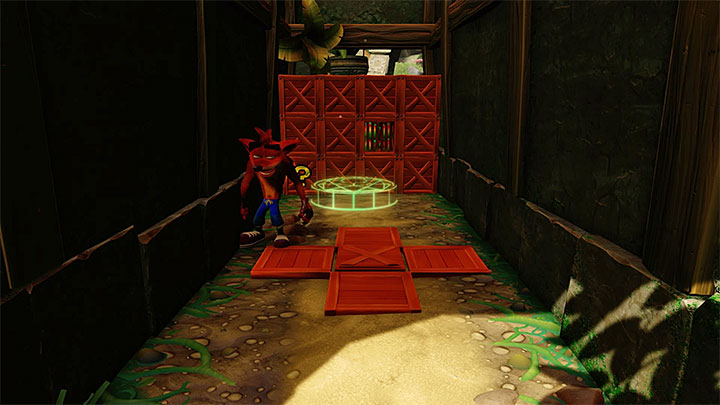 While exploring the main part of the level, notice the transparent object on the ground shown on the above picture (you will get here before you use the portal to bonus round). It informs you that you need to have a green gem (you will obtain it later, after having a perfect run in Lost City level). Placing the green gem here will unlock the possibility to use an elevator and to reach upper chests with extra lives that aren't available by any other means.

Further in the level you must also avoid contact with round rock blocks. It isn't very complicated as you will always have plenty of time for jumping to the other side.