Below you will find information about the duel with the boss Koala Kong in Crash Bandicoot - a game that is part of the collection Crash Bandicoot N. Sane Trilogy. It's the third boss you will encounter in the game and you will have to face him in the late phase of exploring the Wumpa Island. 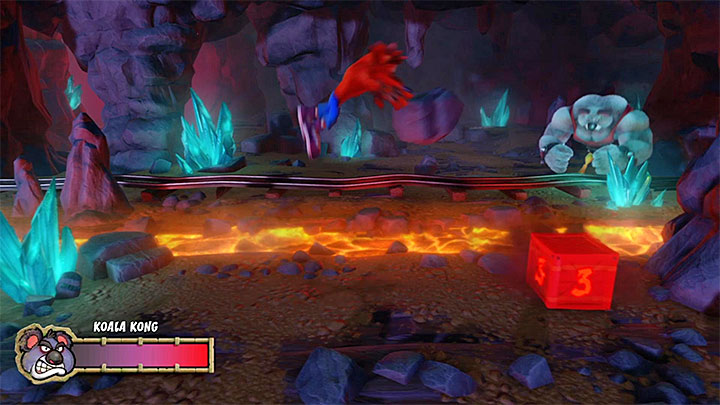 Jump to the sides in order to avoid the small rocks

During this duel you must remain in the bottom part of the screen. Don't try jumping over the lava to the upper part where you can see Koala Kong.

At first the boss will throw small rocks at Crash. This will happen three times - each time you must jump away to the sides. 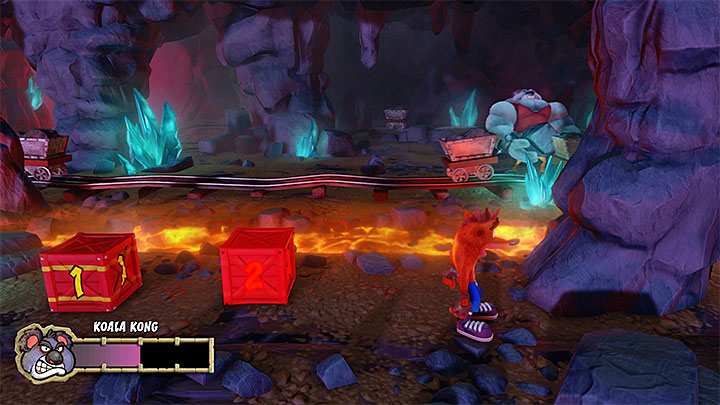 The rocks thrown by the boss aren't the only threats - explosive chests will appear near Crash as well. They will always explode a few seconds after appearing. At first it will be only a single chest that is easy to avoid.

Further in the fight up to two explosive chests will appear. Position yourself near the newest chest when it happens. This should provoke Koala Kong to throw the rock in that spot. After jumping away you will be in a safe spot and you won't have to worry that the next throw will force you to jump towards an explosion. 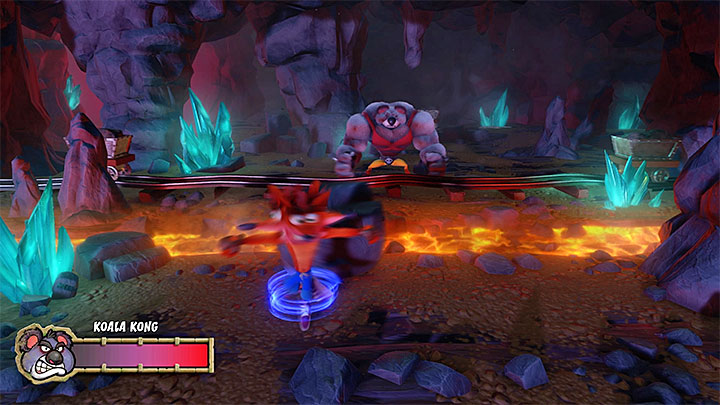 After Koala Kong throws three smaller rocks, he will start preparing to throw a much larger one. You must dodge this one as well. However, after he throws the rock, you can hit it with the Spin attack (square button) and throw it back at the opponent.

Important - Throw the rock back only if there isn't a cart riding next to Koala Kong. Otherwise the rock will hit the cart instead of hitting the opponent and the duel will last longer. You mustn't wait too long with the attack because after some time the rock will fall into the lava.