On this page you will find a detailed description how to unlock the gold trophy "Cortex N. Capacitated" in Crash Bandicoot for PlayStation 4. The trophy is obtained by defeating the final boss in the game - Dr Neo Cortex. 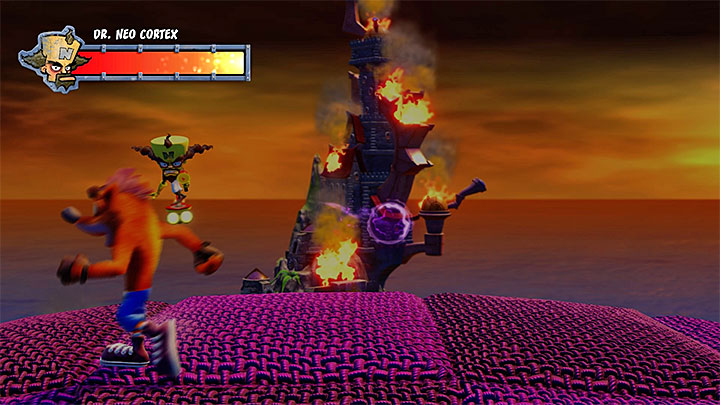 The duel with Neo Cortex is played from distance. He will fly around Crash's platform and he will be using a laser weapon. Similarly as during the fight with Nitrus, different colors of projectiles work differently. You must completely avoid the purple projectiles - run or jump to the sides so that you aren't hit. 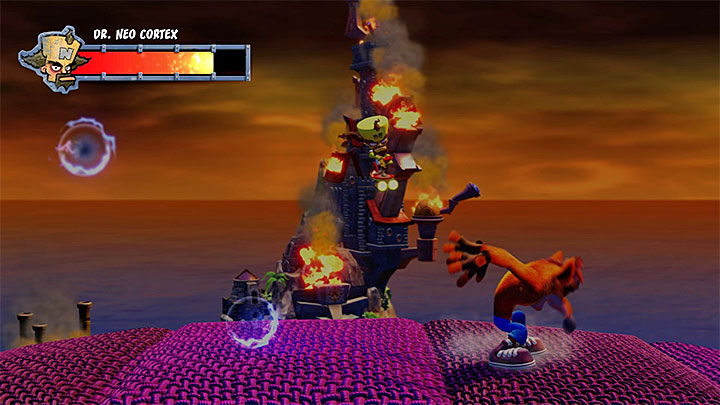 The blue projectiles will additionally fly through the platform on which Crash is standing. At first they will fly in straight line, but later their route will be sinusoidal. You must judge where they will fly and properly position Crash to jump over the ball or, even better, move under it. 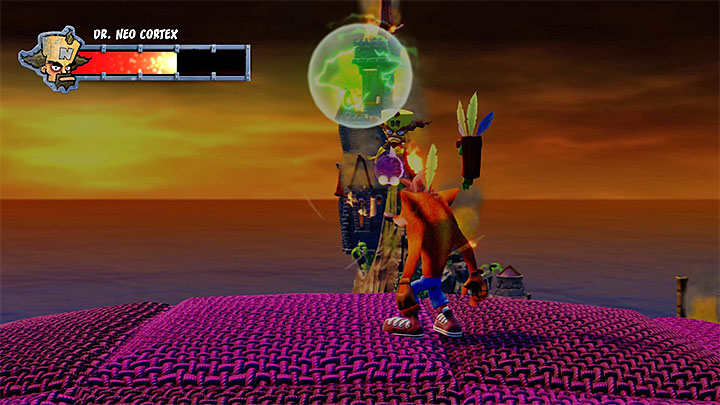 The last category of projectiles is the green ones. They are the most important ones as they can weaken the boss. You must use Spin attack whenever the projectile is close enough to Crash - this will send it back to Cortex. At the beginning even a single projectile will take away one health point of the opponent, but later you will have to send a few bullets to hurt Cortex. If you miss, don't worry and wait for the next opportunity to strike the green balls. 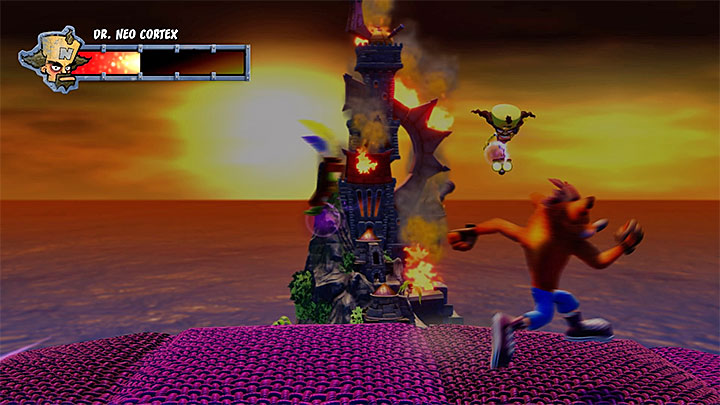 The hardest part of the duel will start when Neo Cortex will have only two health points left. He will start shooting series of five purple projectiles. Once it happens, start running to the right from the left edge of the screen and immediately turn back and jump to the left after three projectiles miss Crash. Once you avoided the mass attack, wait for an opportunity to hurt Cortex with a green projectile. You must repeat this strategy at least two times (more if you fail to hit the green energy balls when you have a chance). 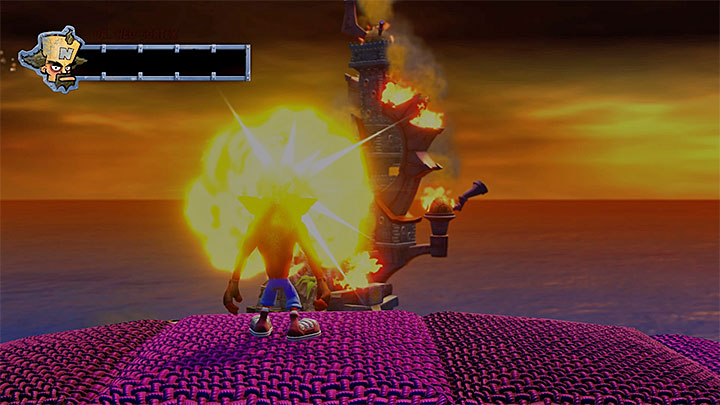 Bouncing back the last green ball will end the fight

The last part of the battle is very easy. Once Cortex has only a single health point left, he will start shooting only the green projectiles. Hit one of them with a Spin attack to defeat the boss.