On this page you will find a detailed description how to unlock the silver trophy "Pinstripe Patooey" in Crash Bandicoot for PlayStation 4. The trophy is obtained by defeating the fourth boss in the game - Pinstripe Potoroo. 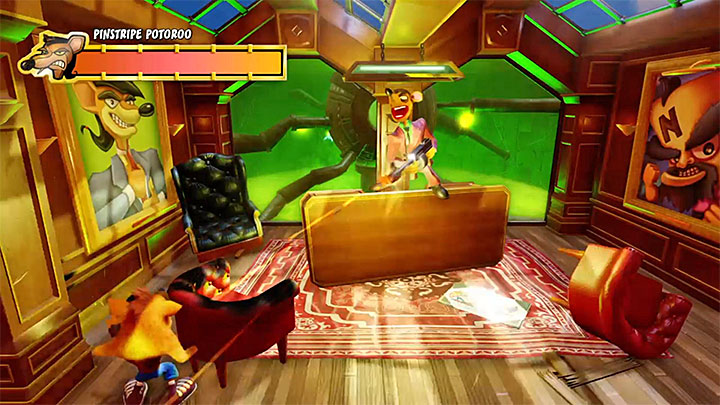 You will start the fight hiding behind one of the chairs. Both chairs in the bottom part of the level can be used to avoid the fire from Pinstripe Potoroo's Tommy gun (you can hide behind them no matter from where he is shooting). What's important, these covers cannot be destroyed, so you don't need to rush with attacking the boss. 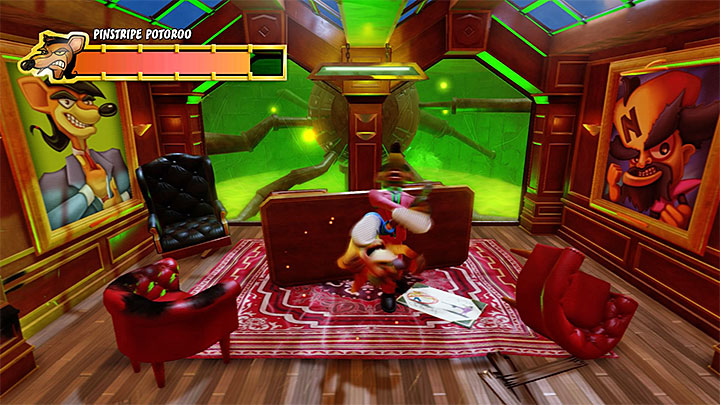 Don't move from behind the cover until the time is right. During the early phase of the duel you should do it after one of the attacks, when Pinstripe will start running from the left side of the level to the right side. The correct time is shown on the picture. When it happens, run from behind the chair and attack the boss with a spin. Hide back behind the cover immediately after that. 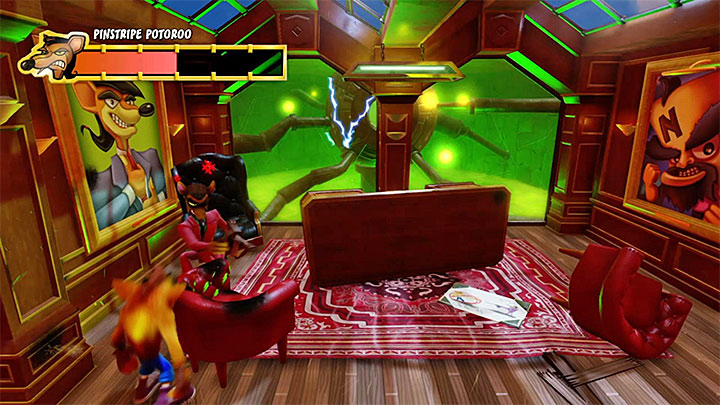 Later in the fight Pinstripe Potoroo will stop running across the level, but weakening him will become even simpler. Wait for moments when his weapon jams. You can notice it by red icons above his head and by the fact that he starts working on his weapon - it is shown on the above picture.

His weapon should jump for the first time in the left part of the office. The next situation should happen on the right side of the screen. This means you should consider switching your hiding spot from the left chair to the right one. 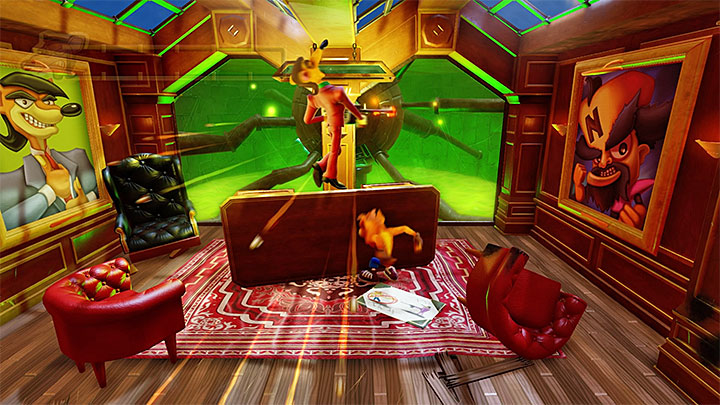 Attack the boss when his weapon jams again

Once the enemy has only a single health point left, he should jump on the central desk. There, after a moment his weapon will jam again. Leave the cover, jump and use Spin attack in the air to hit him and win.