Below you will find information about the duel with Papu Papu, a boss in Crash Bandicoot - a game that is part of the collection Crash Bandicoot N. Sane Trilogy. It's the first boss you will encounter in the game and you will have to face him on the starting hub - N. Sanity Island. 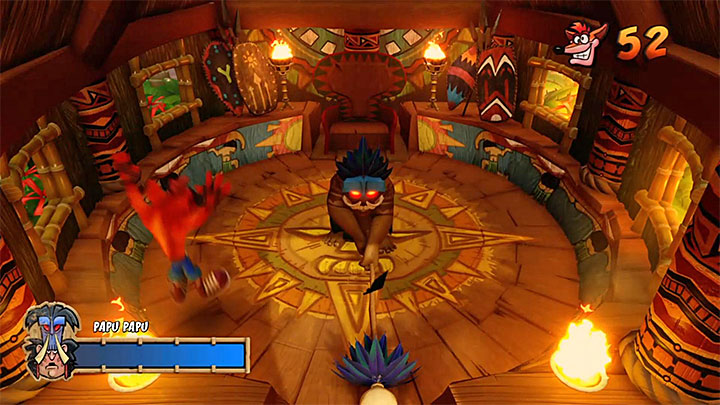 Papu Papu uses only a long stick to attack. He always starts with hitting the ground with a great force. When you notice he prepares the attack, jump away from his way. 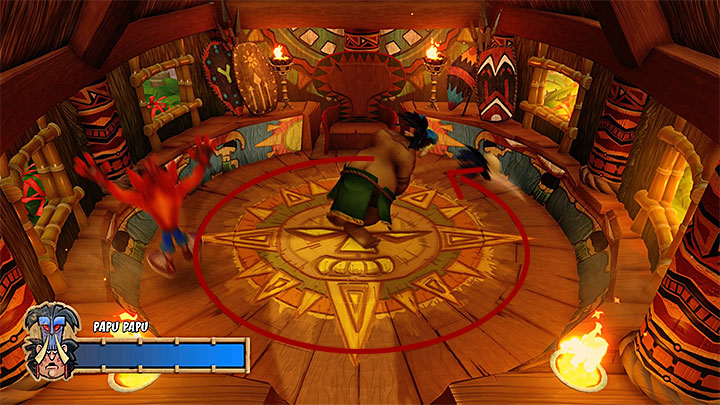 Jump over the stick

After the boss hits the ground with the stick, he will start rotating his weapon in the counter-clockwise direction. Luckily it isn't a very troublesome attack - all you need to do is jump over it at correct time. 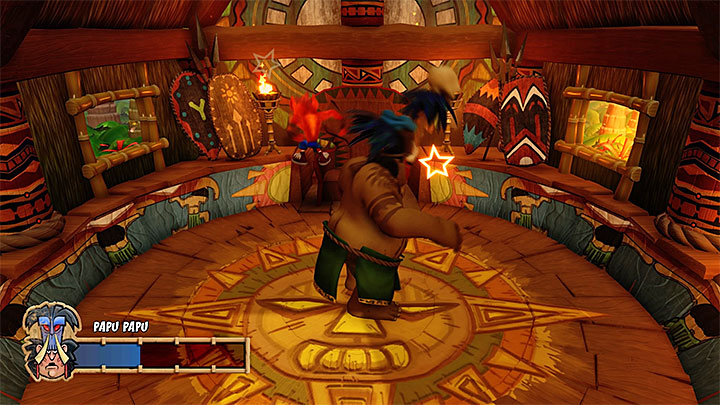 Papu Papu has five health points. They all can be taken away by using the same tactics. Simply jump on the head of the boss (without spinning). Stars will appear around Papu Papu's head, he will become stunned for a short time and he will lose single health point.

The only thing you should avoid is trying to jump on Papu Papu when Crash is standing directly behind him - the protagonist might bounce off and the boss won't be hurt. All attacks performed from the front or the sides should be successful.