Crash Team Racing Nitro Fuel features a distincive mechanic. You can use it by pressing L1 / R1 as you drift to gain super speed. In order to make better use of Powerslide, you have to press the button when black smoke comes out from the exhaust pipes, or just look at the boost fill indicator located at the bottom right of the screen. Three indicators are available and you can switch them by pressing the Triangle. The best indicator, of course, is the one divided into three segments. It also shows the moment at which it is best to perform the perfect boost and thus get the best speed.

Below, you can see examples of using the Powerslide mechanics. 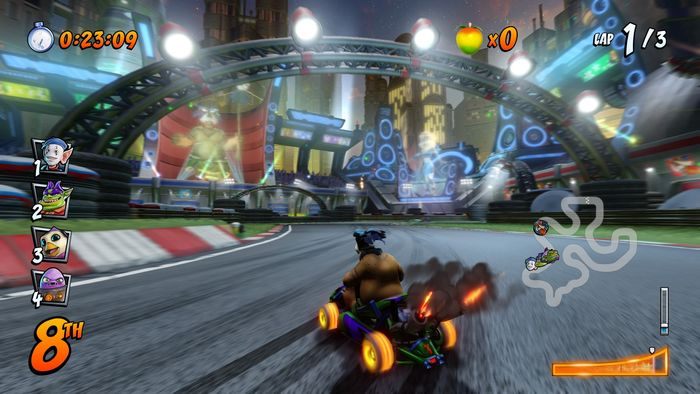 Powerslide is divided into the so-called "boosts." There are four main speeds you can get when Powersliding and entering the Turbo Pads: 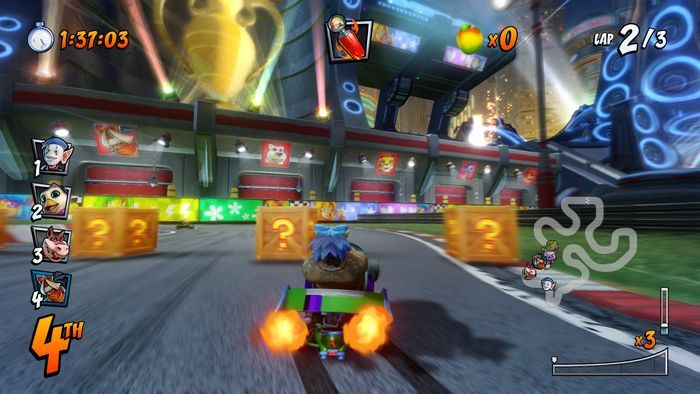 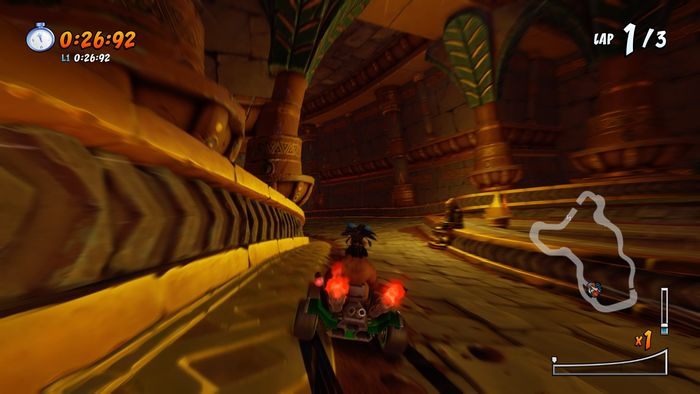