Dino Dash is the 20th board featured in Crash Bandicoot 4. On this page, you will find information about all gems, chests, secret levels. It also contains a detailed walkthrough.

The adventure on this map must begin with an important information. Here you will find a secret tape that will unlock access to a retro level.

Remember, the only way to get the tape is if you haven't died even once. Additionally, you have to complete the map in order for the tape to be added to your inventory. 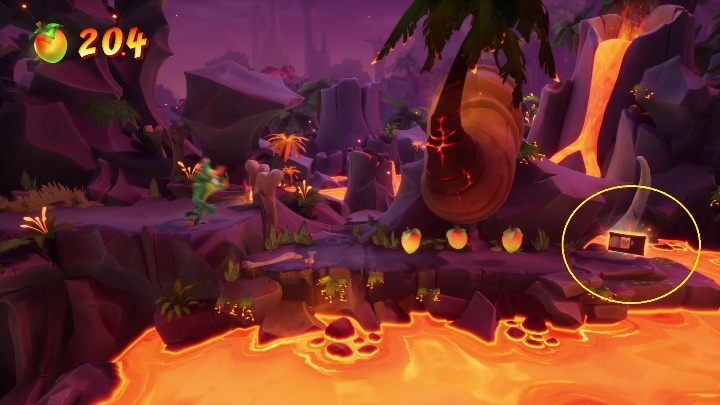 You'll get the tape for your second escape from the dinosaur. It is located in the gems area. 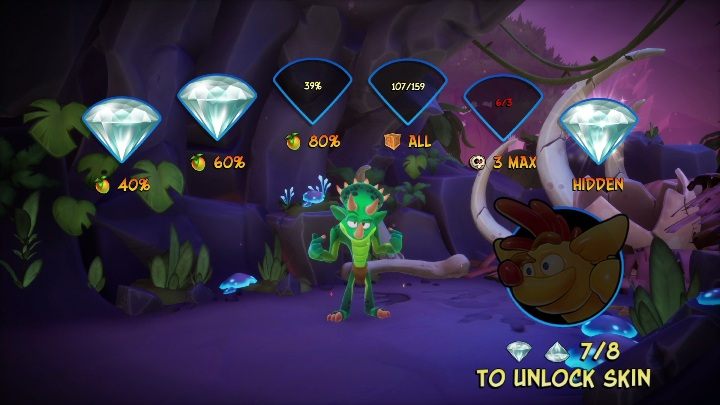 You can get six gems on the DIno Dash map. 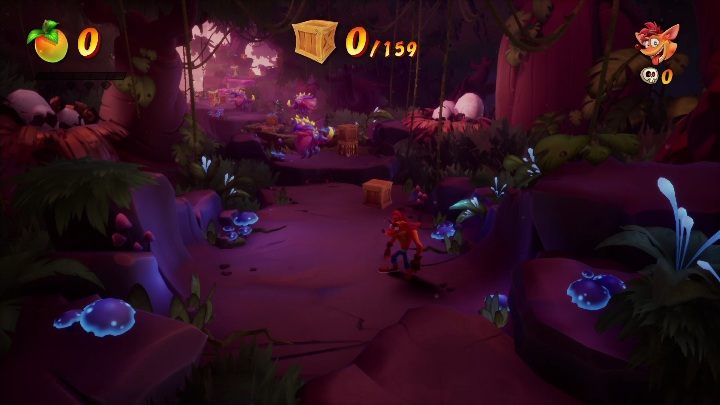 There are 159 chests on the Dino Dash map. 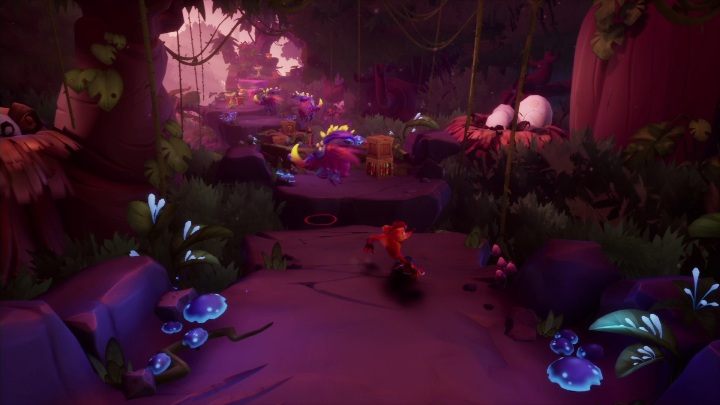 From the beginning, your threat will be strange creatures. They move in a straight line  from left to right  this makes them easy to avoid. 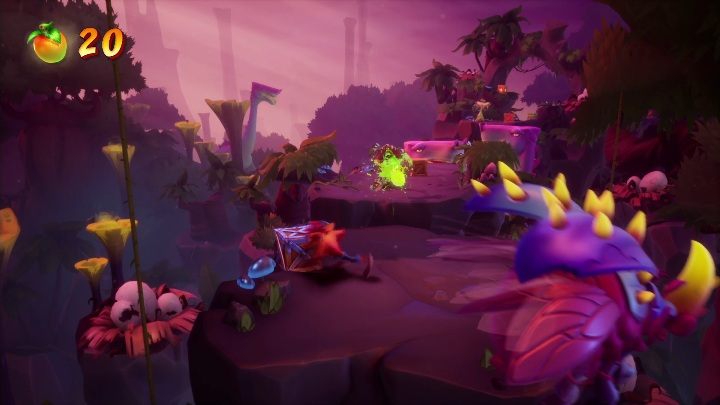 Just like on the earlier map, you'll see your opponents spitting venom. Avoid their punches by jumping in different ways. 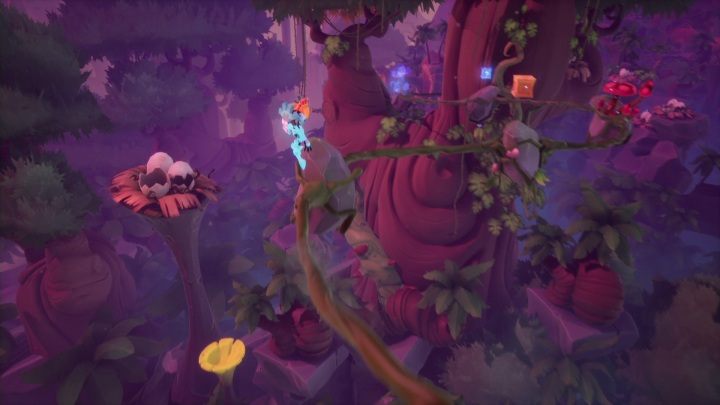 The next task is to slide down a liana. Avoid the obstacles on the way by jumping. Remember to change some of them with a mask. 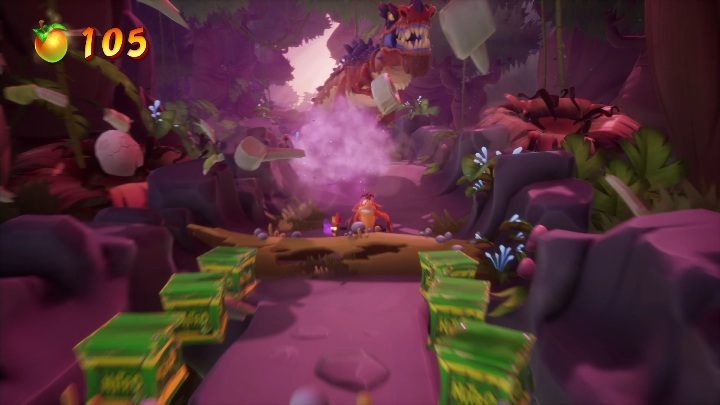 When you get to the next part of the map, you come across a dinosaur that goes on a frantic chase. Remember to avoid swamps, break bones and don't fall into green chests. 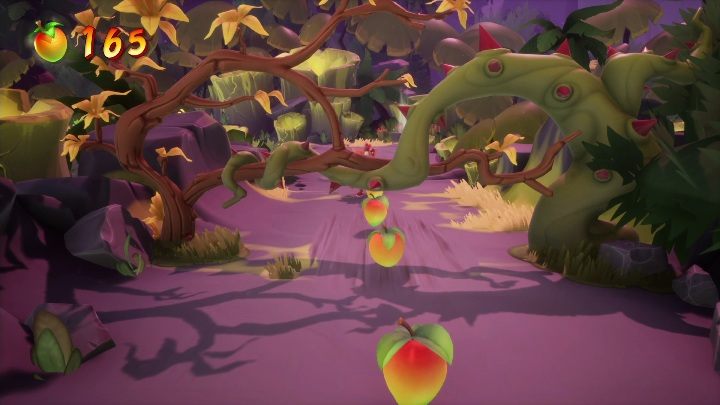 You will come across spikes. Slide under them to avoid the trap. Otherwise you'll die straight away and repeat the whole sequence from the beginning. 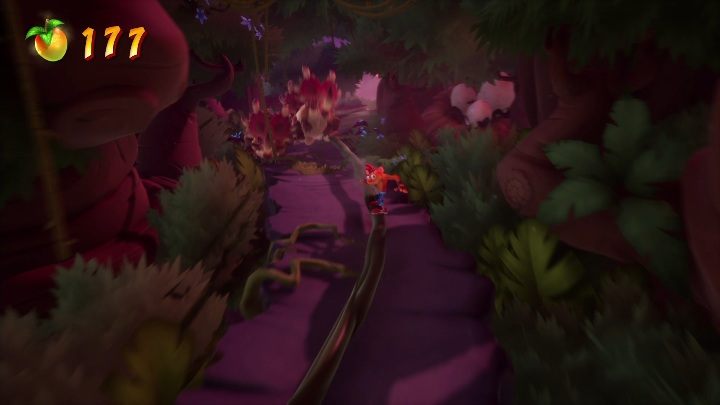 Another escape from the dinosaur involves a short slide down a branch, followed by a long run between magma. 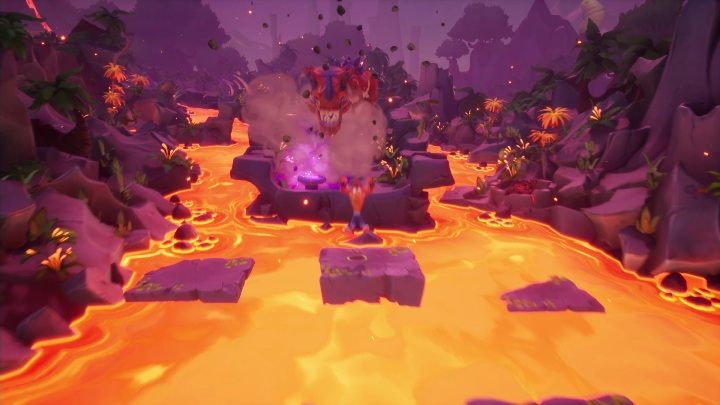 The level ends when you manage to escape the dinosaur and magma. 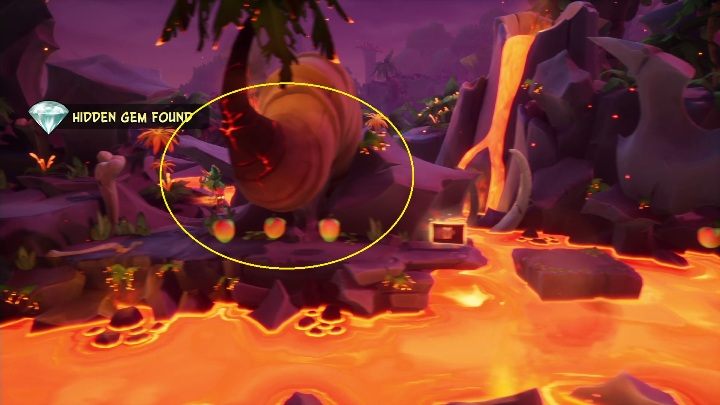 A hidden gem is found behind a second dinosaur escape. All you have to do is get behind the rock shown in the screen above. There's a gem waiting for you. 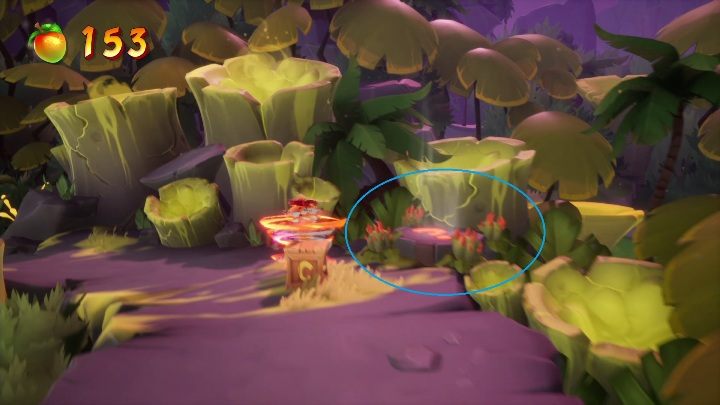 The entrance to the secret level is near the dinosaur, on the curve. You can easily miss it if you don't know how it looks like. Check out the picture above and memorize that location. 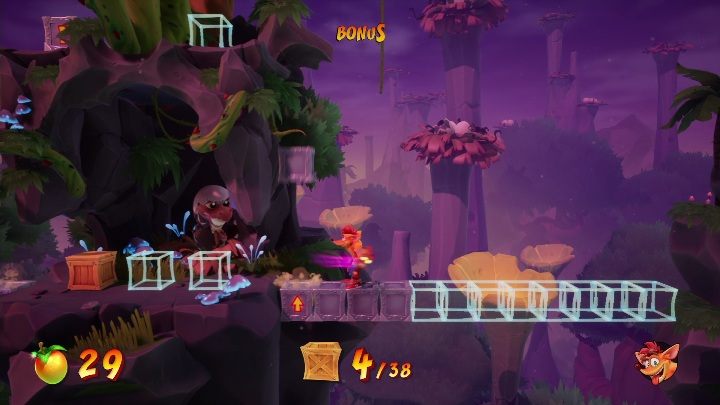 The secret level is full of Wumpa fruits and TNT. Be very careful when collecting the fruits.