In Crash Bandicoot 4, you will fight several bosses. The third one is encountered on the map called 4th Time's a Charm - you'll be facing Neo Cortex this time. On this page you will find a detailed description of the boss battle.

At the very beginning, the boss will fire a dozen rockets in your direction. You have to be careful not to get within range of their explosions. 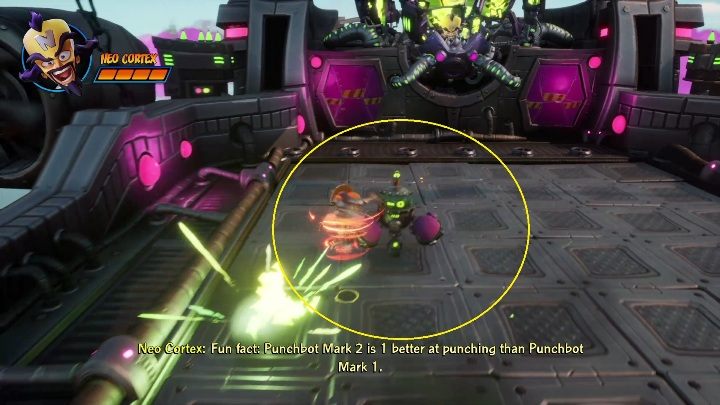 After the rocket barrage, you'll run into a small opponent who'll be spinning around in circles. If you go near him, he'll hit you. You have to wait until he stops, and then slide into him so that he is sent flying at the boss. 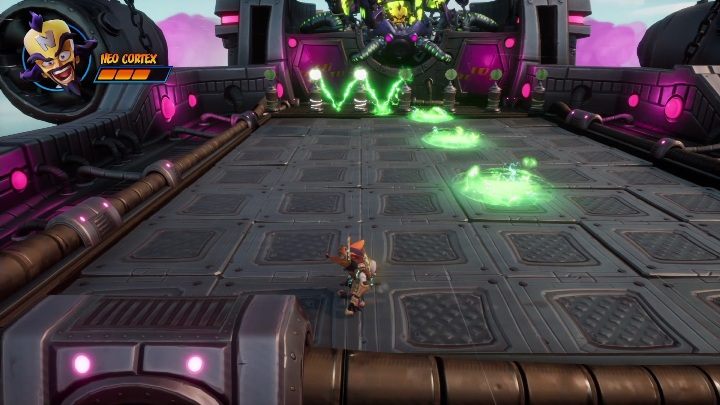 The boss will emit a series of waves. To avoid them, jump above the green ones, crouch / slide below the red one, fit between the purple ones. 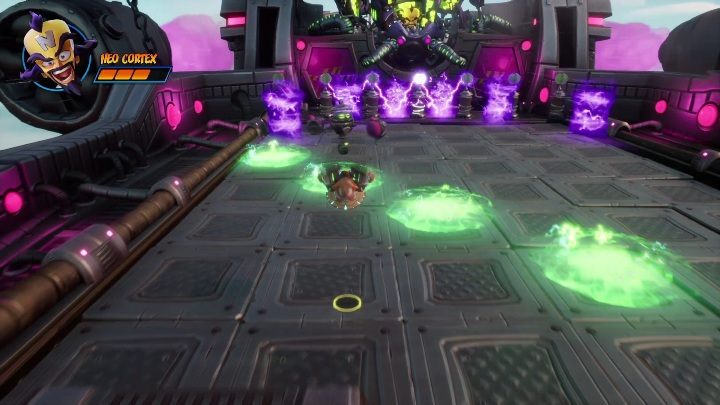 After the series of waves, another spinning opponent will appear. Slide into him to send him towards the boss. 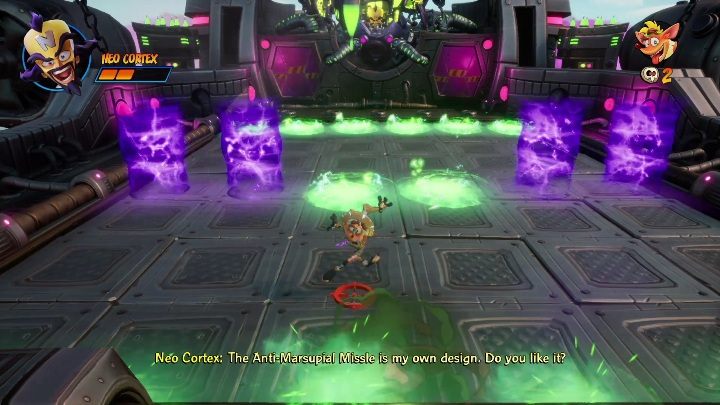 It's time for a combination of the first and the second stage. Avoid waves and rockets as much as you can and wait for your spinning opponent. 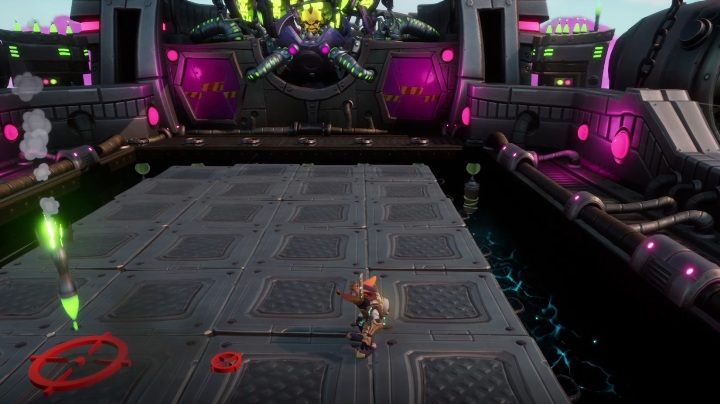 The final challenge, a mix of rockets, waves, and falling terrain. You must avoid anything that gets in your way to get to the last opponent who will be used to kill the boss.