First go to the rocks surrounding Sportiz club from the north. From there you can easily and quickly eliminate gang members guarding the building. Now you can either jump inside and take position on the platform (seen at the right side of the picture below) or retreat and jump into water. The second solution may seem easier, but swimming toward the beach will expose you to the shots from the shore. That's why we suggest you to use the first proposition. 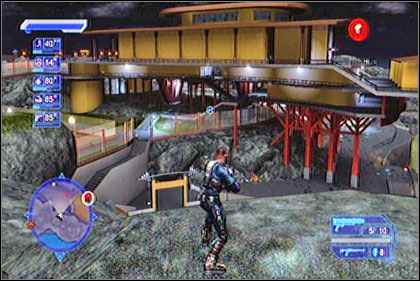 Once you get to the terrace, you'll see Alvarez inside the natural rock formation in the shape of a ring. Your position will let you eliminate the coach of Los Muertos from a distance. If you prefer direct combat, you can also kill guards on the beach, jump down and then deal with Alvarez himself. Be careful though, because he likes to throw grenades and sometimes even uses his deadly grenade launcher. We suggest you to take this weapon after killing the boss - it might be useful if "Firefly" would bore you. 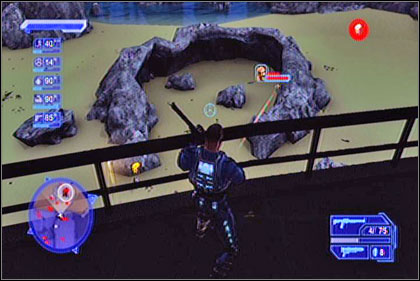 The quickest way back from the beach is through the sea. This way you will avoid enemies came running from the building. After swimming under the rock arc and then several dozen meters more, you will be finally safe out of shooting range. 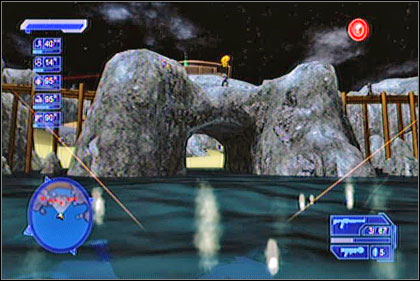