Remaining in motion is a very important element of Counter-Strike: Global Offensive's gameplay. It is known that it is much harder to hit a moving target than a target that remains still. To increase your chances of survival on a battlefield it is worth using some of the techniques. 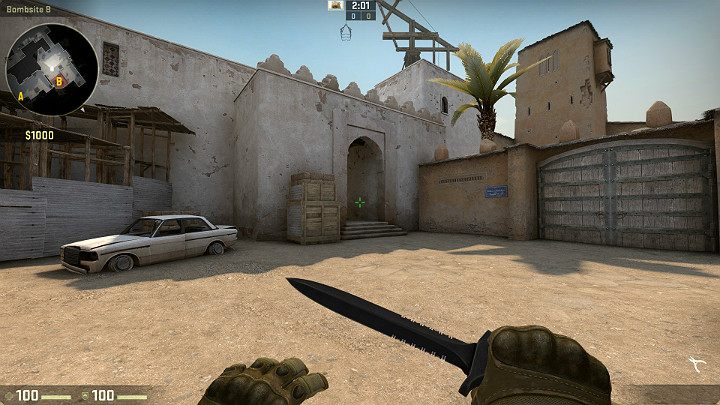 A technique used in every FPS game. It's about the constant movement from side to side (rarely forward / backward) or in a circle (in very close contact) during the shooting. In order to use strafing properly, you must keep the crosshair on an opponent throughout the duration of the movement, a process that requires a lot of practice. It's known that during the gameplay the enemies will be moving sideways, which is why you must anticipate their moves.

A technique that is performed while using a weapon. It's about stopping the character movement immediately to give the most accurate shot. To perform the Stutter-step you must do the following:

This technique is very difficult to perform and requires a lot of practice but will allow you to perform a most accurate shot when you notice an opponent.

During the gameplay, you should remember about securing every corner, angle, and passage. When you're outside of combat, you should always keep the crosshair just around a corner where you can expect to see an opponent's head. Thanks to that you will be able to start attacking immediately before an enemy can do anything.

Maps in Counter-Strike: Global Offensive have been enriched with various types of terrain obstacles, such as barrels, boxes, walls, trees and so on. During combat, you can use those elements as solid covers against the enemy fire. While you are behind such a cover, you can also shoot at an enemy by performing strafing - lean out of cover, shoot and get back to a safe position immediately

This site is not associated with and/or endorsed by the Valve Corporation or Valve Software. All logos and images are copyrighted by their respective owners.