Cossacks 3 is another installment in the famous series of RTS games by GSC Game Wrold studio. The paramount element of this game are gigantic battles with hundreds or even thousands of units fighting. This guide contains a description of the game's interface and a breakdown of all the units, buildings and nations appearing in Cossacks. You'll find here useful advice and strategies of running your economy here, in order to maximize its effectiveness. You will learn the ins and outs of fighting both on land and at sea. Moreover, you will find a detailed description of each of the campaigns, with particular emphasis on the hardest moments. 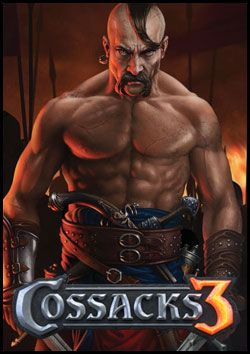 Cossacks 3 is the third installment in a real-time strategy series, set in a historical setting of the 17th and 18th century. The game was created by the reactivated GSC Game World studio, known for such titles as S.T.A.L.K.E.R. or American Conquest. In terms of the plot, this game is a remake of the first installment, originally released in 2000. In the game you can select any of the 12 available historical nations, each having their own buildings, units, and technologies. Gameplay is based on the classic mechanics of RTS genre, so your responsibilities include expanding your base, gathering resources, and recruiting an army to fight your enemies. Although you command massive armies in battles (up to 10 thousand units at one time), it is possible to give orders to individual soldiers. Each one has his own statistics, such as health, morale, level of training, experience, and fatigue.

Cossacks 3 Game Guide is also available in our Mobile App This site is not associated with and/or endorsed by the GSC World Publishing or GSC Game World. All logos and images are copyrighted by their respective owners.