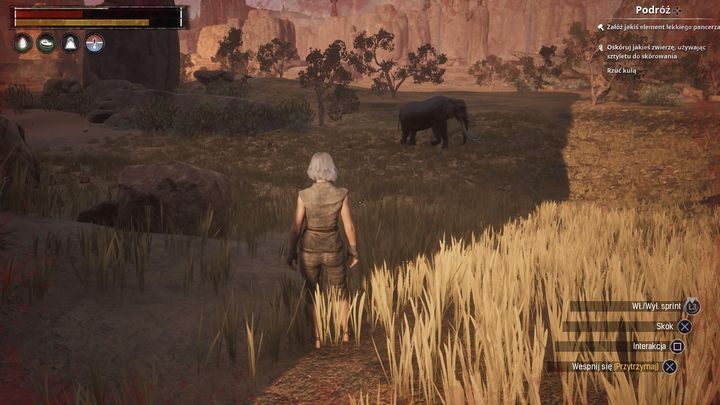 Try to avoid larger animals in the beginning of the game.

It Conan Exiles, it is essential to survive in an unfriendly environment. Below is a list of a few things you should not be doing at the beginning of the game under any circumstances: