The professions in which slaves can "work" are craftsmen, warriors, priests and artists. Warriors defend your base, craftsmen enhance crafting activities with a speed and resource bonus, priests conjure and summon the gods and artists increase your life regeneration. 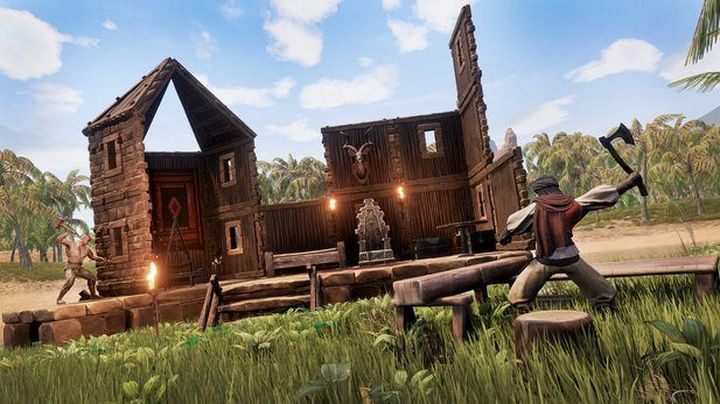 Subjected NPCs also continue to work in their professions as slaves, depending on their abilities.

Search for rewarding destinations! The usefulness of a slave is also determined by how strong he was before his submission. The exiles in the river valley aren't very effective yet, but that changes the further you get into the game world. For example, on the northern plateau you can meet much stronger Darfari Cannibals, further north there is a faction of Dogs of the desert.

In the east you can encounter The Black Hand faction, a group of bandits who may give up good fighters, while the Relic Hunters in the mines in the northwest are the most powerful NPC group. They also make the best thralls for hunting and fighting activities.