In this scenario Wittmann/Voss will return to Villers-Bocage in a new Tiger in order to complete the destruction. A second vehicle of the same type will accompany him this time. Your first task is to destroy the incoming British tanks. Quickly place your vehicles on the nearby crossroad so that they face the enemy tanks. Afterwards shoot the enemies - the task is easy enough. 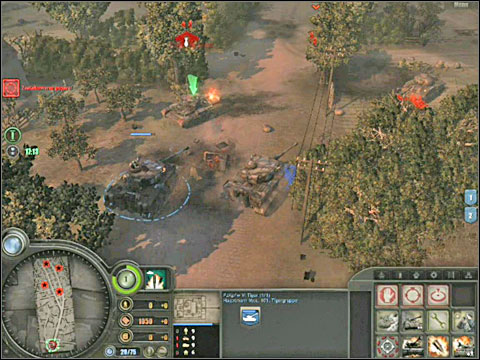 Don't forget to improve your Tiger with the experience points you gain during the battle. Sadly, the second one can't be modified. 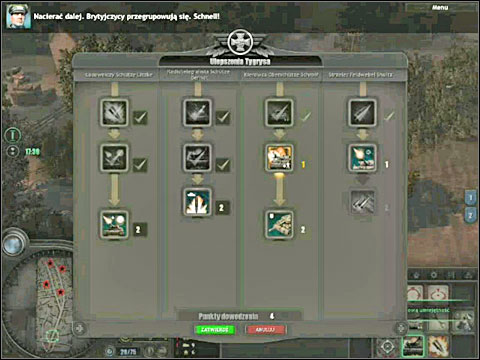 After dealing with some British vehicles near the crossroad, it's time to take over Villers-Bocage and while you're at it, destroy the machinegun posts defending the main road. If you're willing to get a medal, you should work swiftly and take over the village in the next 18 minutes. I noticed only one machinegun post which the British have placed right before the fork in the main road, a little bit further to the north. Quickly destroy it using the fragmentation ammo and afterwards burn a Firefly with the anti-tank type. Move in the direction of the village while destroying every enemy on your way. Voss's Tiger can move along the main road and I would suggest sending the second one on the left. 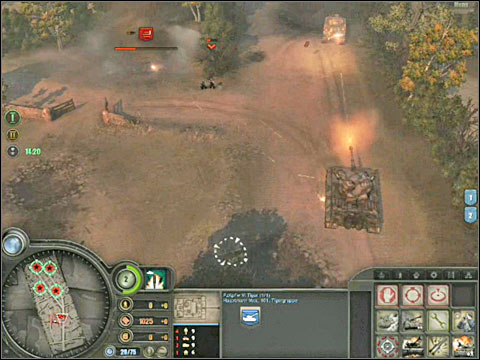 There are also some (I have counted 3-4) reinforced posts with British 17-pound anti-tank cannons. If you want to destroy them, use Voss's upgraded Tiger. Of course use the fragmentation ammo. Allied infantry will aid you during the fight (they're marked yellow on the screen). 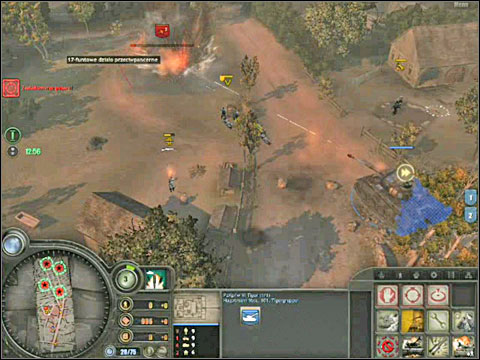 In order to win, you must take over (in fact your yellow allies will take care of that) four strategic points located in the village and marked with green circles on the map. Those places are usually heavily defended by the enemy, so it would be nice to call in artillery support before you begin your attack. You do it by pressing the adequate button in Voss's Tiger command panel. 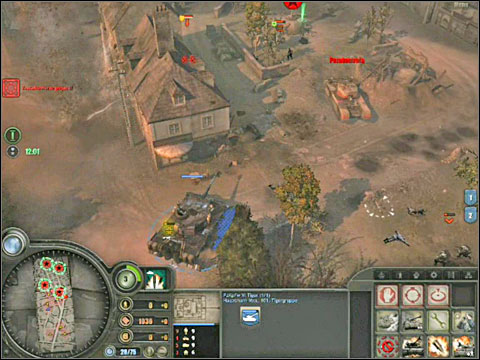