3. Destroy All Soviet Forces and the Kremlin;

When the second bunker will be captured, focus on the use of the robot. Destroy all the buildings on the map marked with green flags. In fact, in the northern part of the map is a lot of Tesla, so the robot will have many opportunities to repair. Remember that you can always support yourself Decimator in this battle.

When you destroy the last building (with the monument of Lenin, I have no idea why it is known as the Kremlin [4]), the target No. 2 will be completed. Retreat a robot to the place where he appeared on the map. 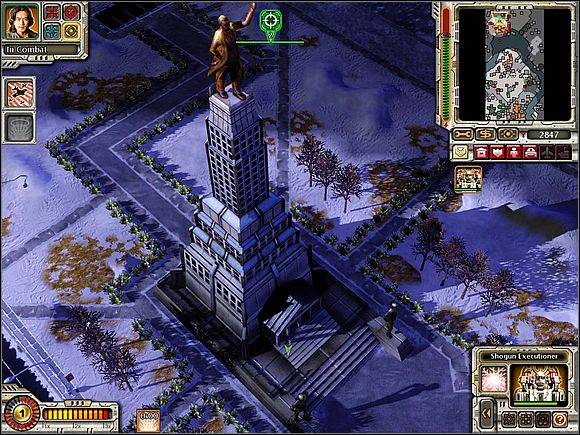 From a hole that show up after destroying the last building, the Russian helicopter fly over, carrying time machine in the package. Send your Rocket Angels to the place where was the location of the eastern Soviets base [3]. Helicopter arrive there - then attack him. 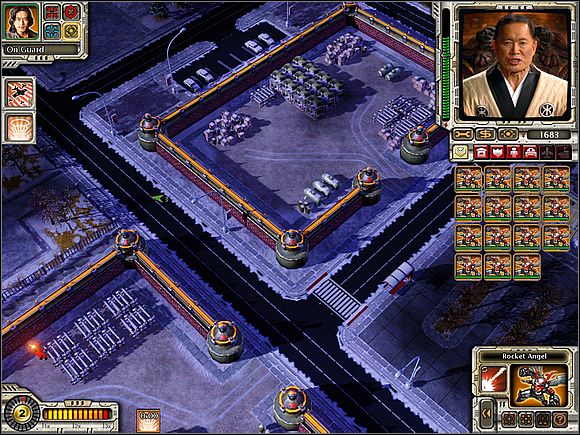 You will come here and destroy the helicopter with Time Machine.

4. The Shogun Executioner Must Survive.

There is great risk that the robot will be destroyed AFTER finishing helicopter with Time Machine. Despite of this, the task is still classified. If hostile aviation will be too strong that manage to destroy the robot, load the game progress and make sure that the Shogun has the support of several Rocket Angels.