Tanya [4] is imprisoned in a building in south-western corner of the map. Create a team composed of 1-2 Peacekeepers and 3-4 Javelin Soldiers. Enter them to the civil building, located in the vicinity of Soviet troops and wait until your units will finish up those opponents. After that, beat Russians with a few tanks or Bombers. 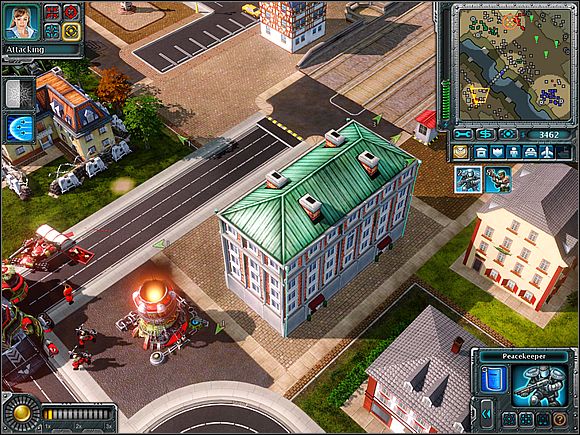 Send Tanya to your base.

Attack your enemy's most important buildings with bombers. Note that 12 bombers will be enough to destroy Iron Curtain at one attack [5]. Attack with aircraft, coming from the south west - in this way to avoid many of anti-air guns. 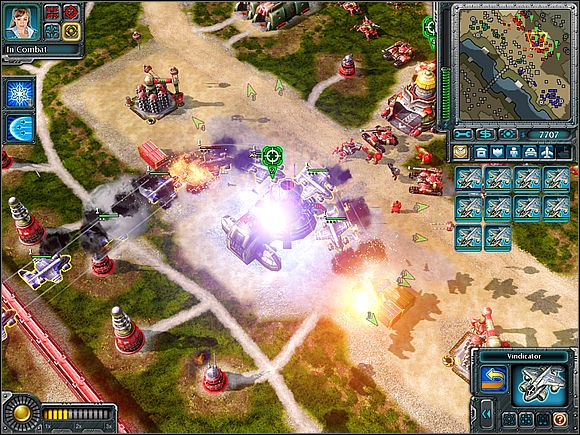 Do the same with other buildings in the base - focus on Bombers production and send them as often as possible. Look also at your base defense line - you can't overlook the moment of damage or destruction one of the towers. Keep in mind that your opponent will be attacking you with the most powerful land vehicles - apocalypse tanks. Produce your own 10 tanks, to destroy them. 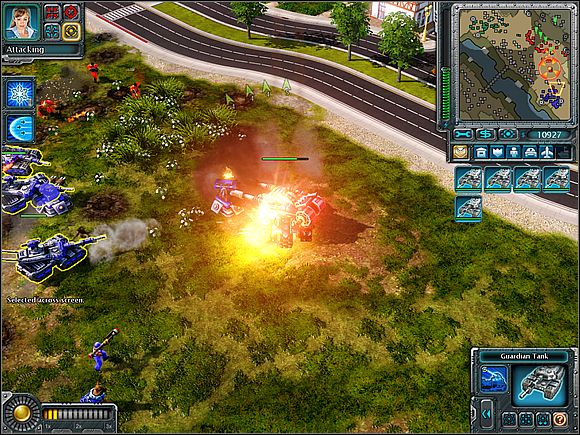 If you have previously take care of four super-reactors, the task will be much easier - without a part of its defense systems, opponent does not cause too much damage your flying machines.

Collect your Bombers, and send them into the north-eastern corner of the map (flying at the edge of the map!), and then make them attack the headquarters building [6]. 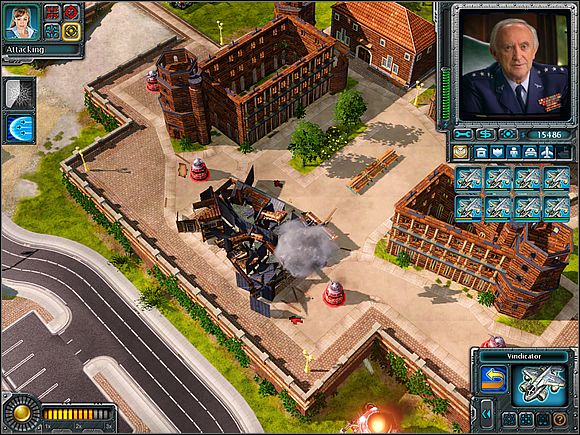