2. Save the Allied Leaders;

This task must be done by an ally [3]. It consists of eliminating the Soviets forces [4] in the north of the map. In the meantime take care of other objectives. 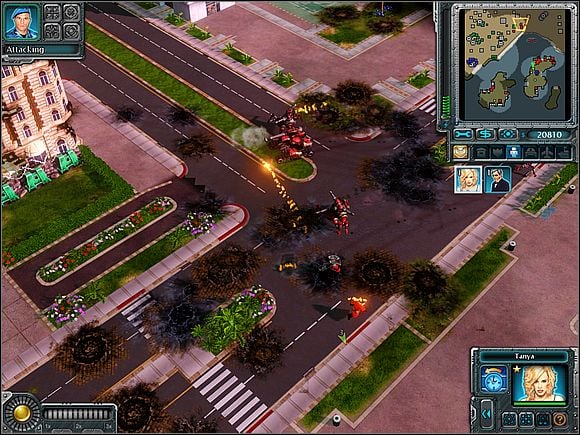 3. Get Tanya into the Port Authority Building;

On the central island [2] there is a port administration building. Enter Tanya inside, and then watch cut scene. 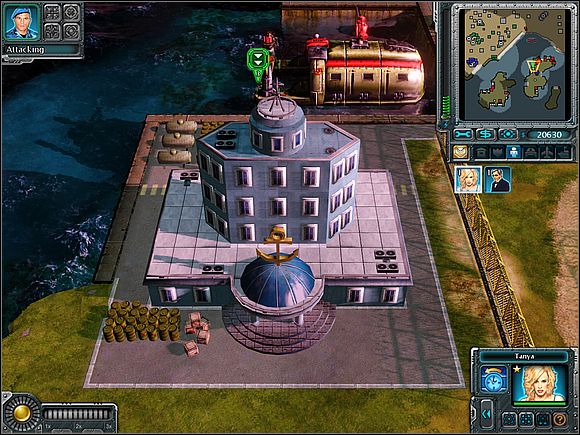 Send Tanya near the Soviet ships, which are not back to the port - they are on the north of the central islands [2]. Place a bomb on each. 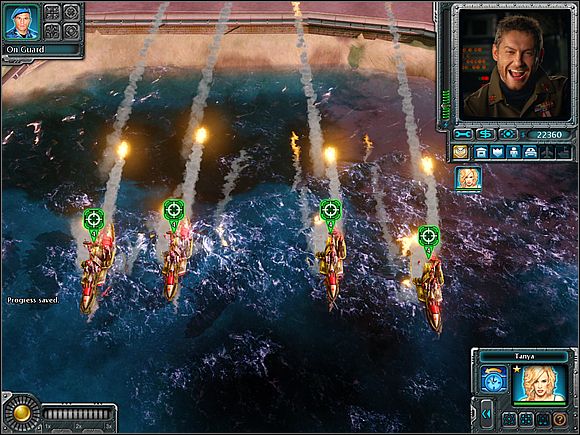 5. Neutralize the Defenses Guarding the Vindicators; 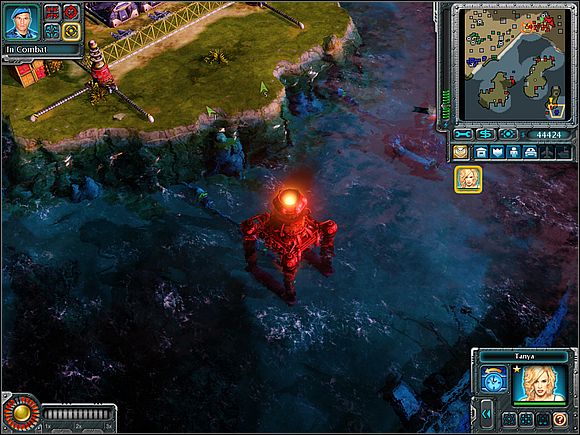 You will get access to the airport located on the island.

6. Wipe Out the Soviet Base;

If you have problems with protecting your own base, build some tanks. If you completed the task with airport, you can build Vindicator planes. Bombard the enemy base [6], from the east (fly at the edge of the map) - then you will avoid anti air defense.

Destroy also the Tesla in the south, near the beach. When they will gone, it will be possible to enter enemy base with Tanya and engineers. 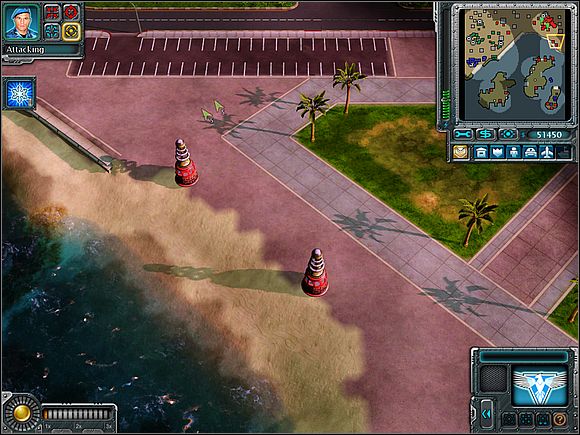 Do not forget you can also enter the base with tanks. Your ally should care about the money to finance the war. Remember that you can always steal opponent money - send a spy to the refinery.