This secondary objective you will receive shortly after receipt of the 4 and 5 tasks. Because it provides additional money, it is worth it to do as quickly as possible. Before attempting, expand the base [2], to have at least barracks and the airport. At the stock exchange building [3] face hostile units. Just nearby should be your remaining group striking Fort Bradley (including 2 Kirov's). Use these forces to defeat the Allies at the stock exchange.

You can't beat two flying machines near stock exchanged but you can use Magnetic Satellite on them.

After their destruction produce one Twinblade and train an engineer. Transport him tich helicopter near the stock exchanges and order him to capture the building.

5. Destroy the Statue of Liberty.

Enhance your base [2] with the shipyard and defense systems. Your opponent will be attacking you with parachuters, so quickly build 8-10 Bullfrogs. Set wagons to the north of your base - enemy planes will show up. Keep 2 Bullfrogs near the yard - there may also occur enemy machinery. 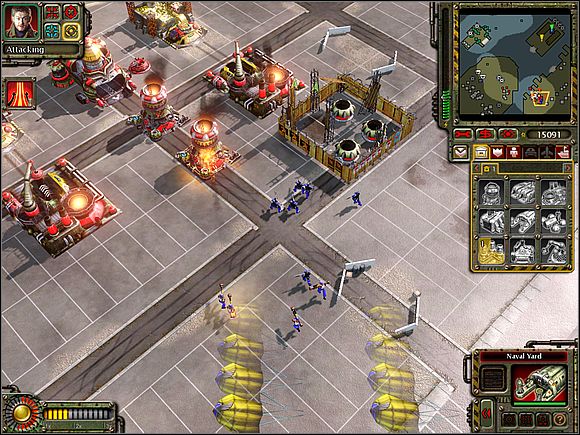 Tesla will be very useful. One nearby the yard, the other between Bullfrogs in the north and the third on the south - in case of parachuters, they will be not able to land there. 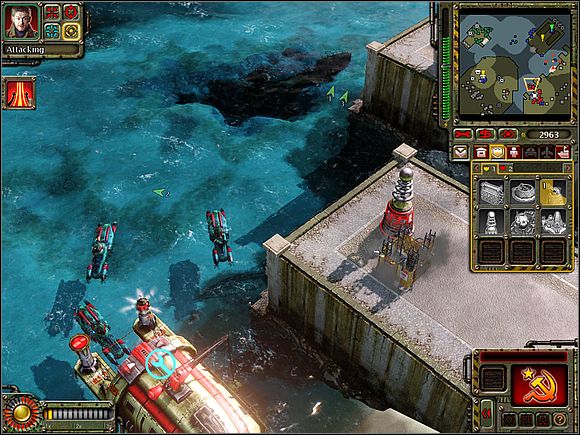 Now you have to concentrate on the production of the Twinblades and Kirov's or Dreadnoughts. I suggest the second option - 2-3 Dreadnoughts plus 3 Akula submersibles and 3 Bullfrogs as an escort. In the meantime, build a silos vacuum bombs.

Produce some forces and use them to destroy enemy buildings [4]. 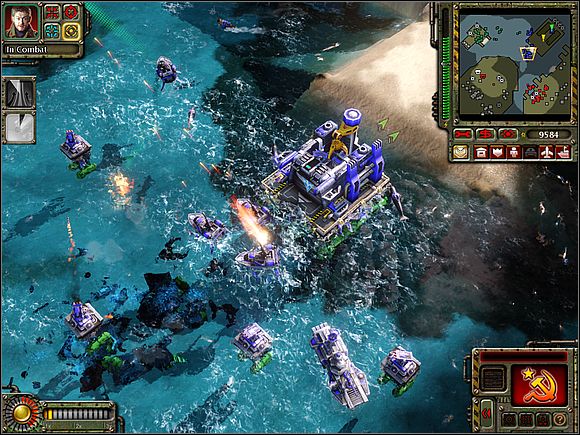 There is a chance that Tanya will came to you on her own. This is only a man - finish her with submarines or Twinblades. 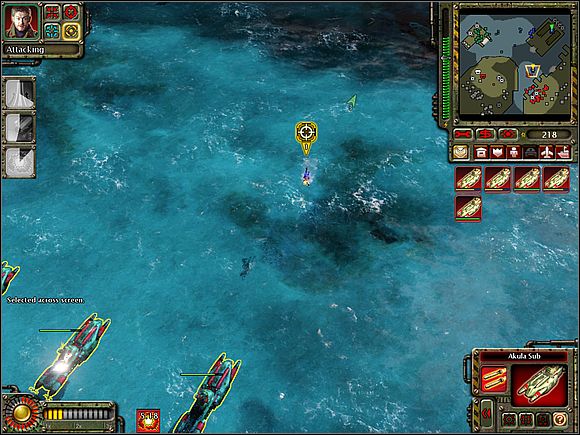 During the fight, you will be informed that the enemy uses Chronosphere. Several tanks will appear north of your base near Bullfrogs. If you have a Tesla over there, congratulate yourself.

Statue of Liberty [5] is a very tough building. Very reluctant based bombie vacuum; use it on against groups of vehicles and buildings. Destroy the monument traditionally - by air units or navy. 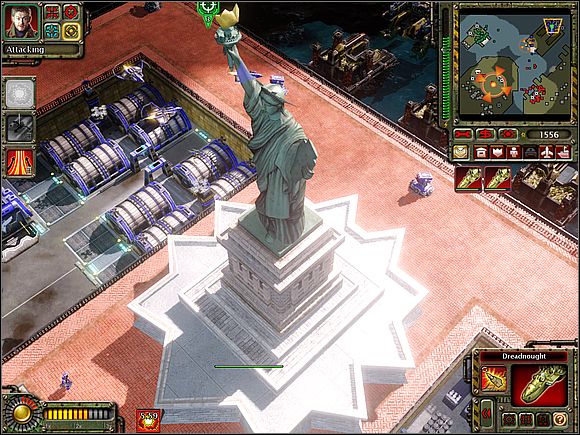