Come back to the situation on the southern coast. You already have a barracks and War factory. Post a factory to produce several types of Hammer tanks and two Sickle vehicles. Don't forget to use powers!

Engineers should capture banks [4] [5] [6] without any problems when they are under Tanks protection. 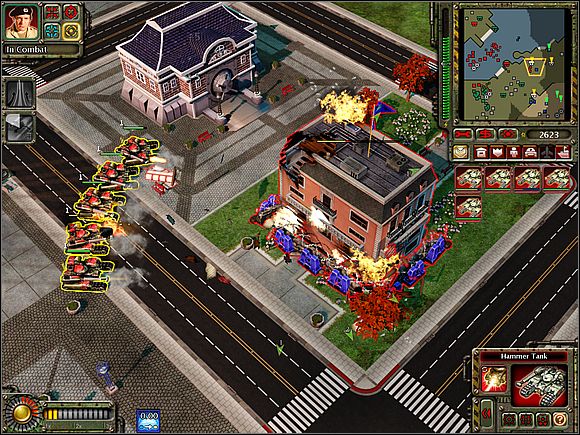 The problem you should worry about is a bank located on the south [7]. It is guarded by the allies defense system. Try to use Orbital Drop on those systems. When any structure will no longer protect the bank, send there your tanks and one engineer. 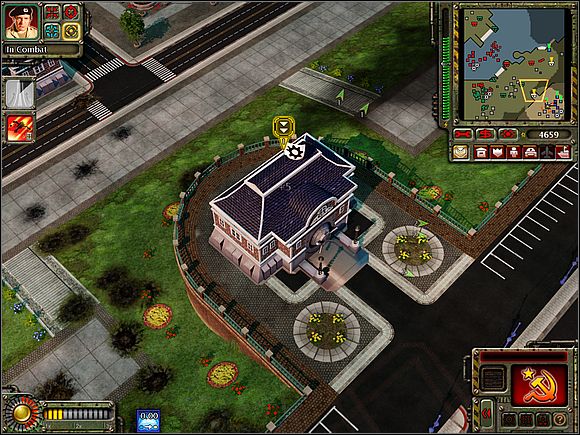 During the takeover of banks on the southern coast to reach the port supply the Allies. Destroy the building standing there [8]. That is all you need to do. 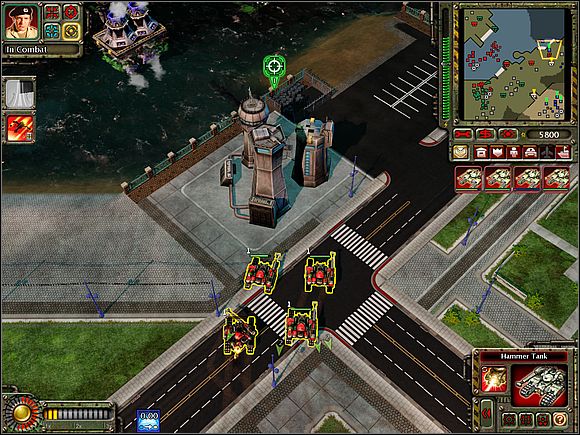 3. Destroy the Allied Army Base;

Another goal is a military base in south-east corner of the map [9]. Accordingly a large number of tanks (and Natasha) can handle with this without any problem. Just concentrate on their production and instant sending them to the battlefield. 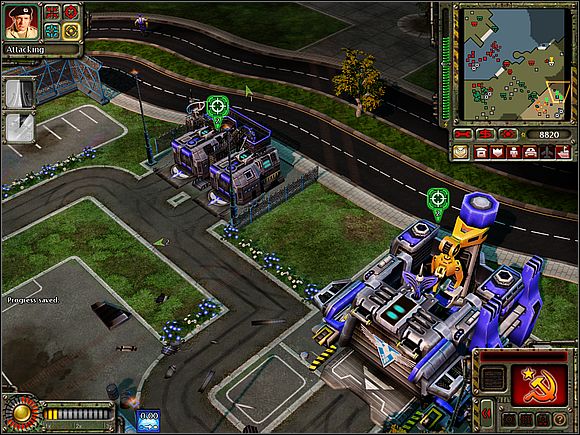 Following the destruction of both allied bases, battlefield will increase and General Krukov will join the game. His base [10] is located in south-east corner of the map. One of the goals is to make sure that it can't be destroyed. However, both Krukov & commander assisting you in this mission are quite good in kicking Allied assess, so you shouldn't worry about Krukov capitulation.

And one more thing - Krukow will be capturing banks for their own needs, stealing your money. You must somehow cope without them.

Produce several Akula submarines and move them to the enemy's water buildings [11] (6-8 ships should be fine). Support yourself with Orbital Drop - it's a great weapon against hostile power stations. 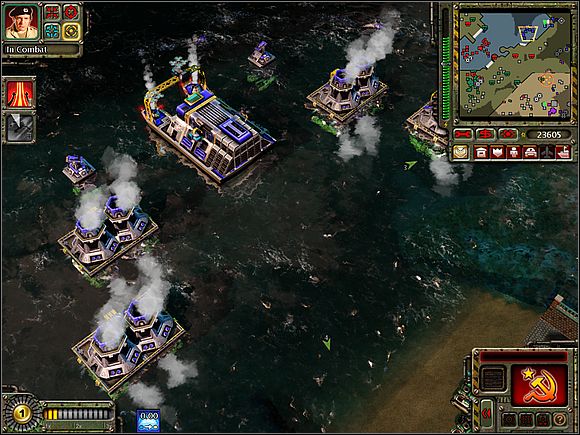 The enemy will teleport their aircraft carriers by using Chronosphere. They are not demanding opponents. Use your ships to destroy all the water buildings. You need to destroy remaining buildings on the land [12]. 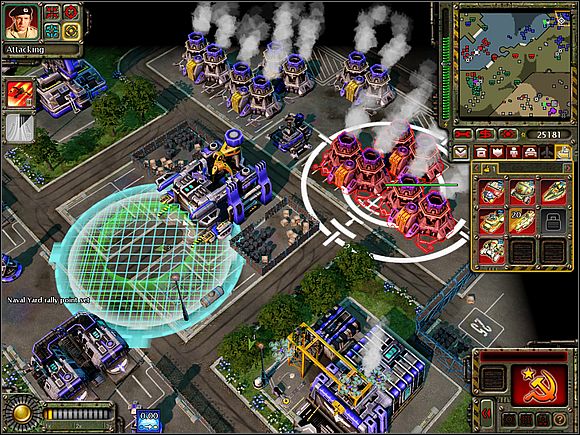 This may be a hard nut to crack, since the Allies have developed defense systems. Fortunately, you have V4 missile launchers. Create a few vehicles at the War factory (and a few dozen or tanks) and fire the enemy base. You can also use Orbital Drop to destroy the power station - they are arranged exactly in the corner of the map.

Note also that in the middle of a hostile base specific marker will appear. You can use it to order your allies to fire this area with V4 rockets. Whatever you will use against enemies, mission will be accomplished as soon as you destroy the base.