It is time to come back to the accomplishment of the task. Follow the road outlined on the map above. Sickle units are able to jump over the small river of course. Natasha will sail to the other edge and she will be holding on right by your vehicles. 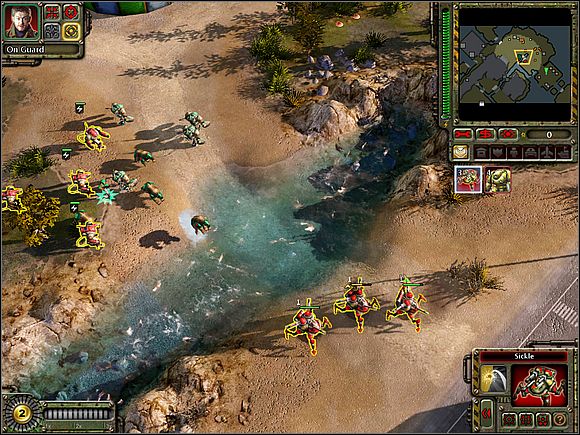 It's worse with Tesla soldiers and bears. This team must go on about, struggling on the way with tanks of the opponent. However it isn't exceptionally difficult opponent.

A group of vehicles being at entry to the launcher area will be more demanding. Tesla soldiers, Natasha with air strikes and ability to suck of vehicles into the space, will be very much useful in the fight against the enemy. 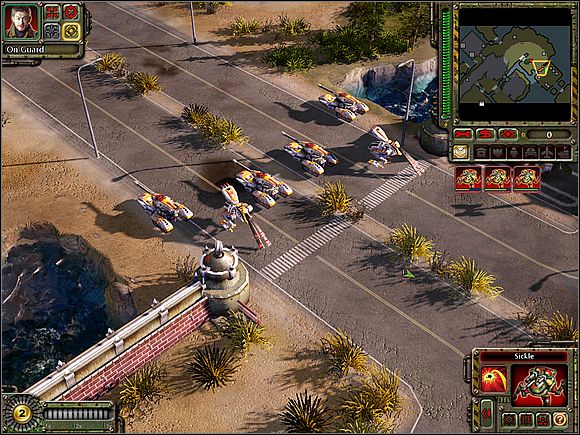 Right behind the tanks you will find boxes to repair units. If you must, use them. Natasha will approach the launcher automatically you enter complex area.

4. Eliminate soldiers of the Empire hiding themselves in tents.

An orbital airdrop will become available. Open the power menu and enable this weapon. 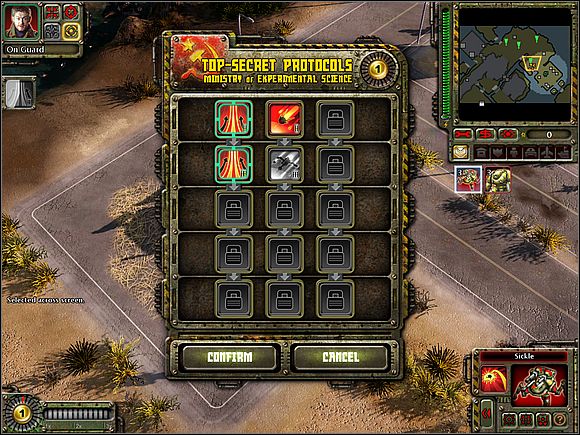 Orbital Drop is the one of the most important powers of the Red Army.

All hostile vehicles suck in to the space, it is possible to knock them off into the any place on the map. The falling tanks can destroy other hostile units! Use this fact for destroying all enemy forces in this area [5] [6] [7] [8]. 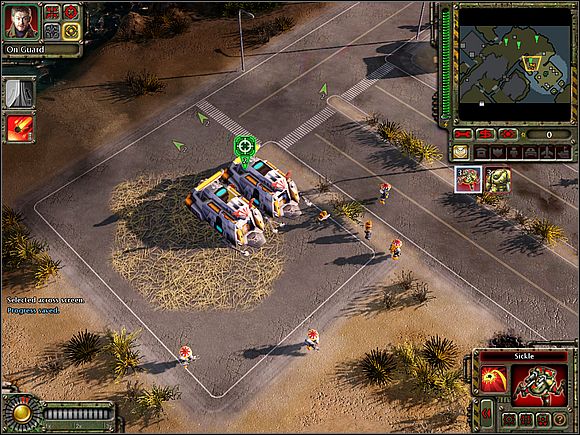 You can be stopped by a few tanks. Destroy 2-3 vehicles, to unblock the access to the all powers, then suck them in to the space. However you can let Natasha destroy them. 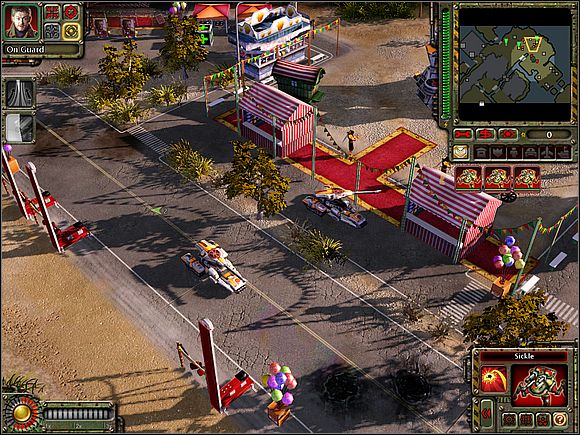 A CY is the one of the enemy buildings [7]. Prepare to the fact that the under fire building can transform to MCV and roll away. The best choice is to let Natasha call the air strike.

The last target is not the building but Japanese - Yuriko Omega [8]. 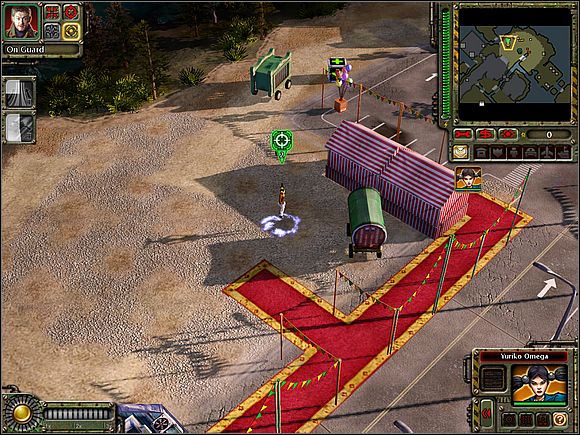 When you are being close to her, bodyguards will appear (soldiers of the Empire). Natasha will take care of these soldiers, and your Sickle units should at that time finish Yuriko. Her death will finish the mission with the success.