Tesla Troopers equipped with the striking weapon are in a south-east part of the map [3]. Direct your Sickle vehicles at them. Natasha will go behind them and he will take off the enemies wanting to defeat allied soldiers. 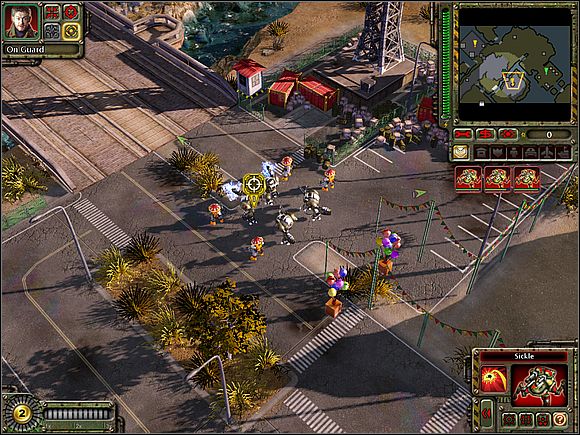 Rescued Tesla Troopers are good in confrontation with vehicles.

Next Tesla Troopers soldiers are in a north part of the map [4] - they were imprisoned by enemies and you should help them. 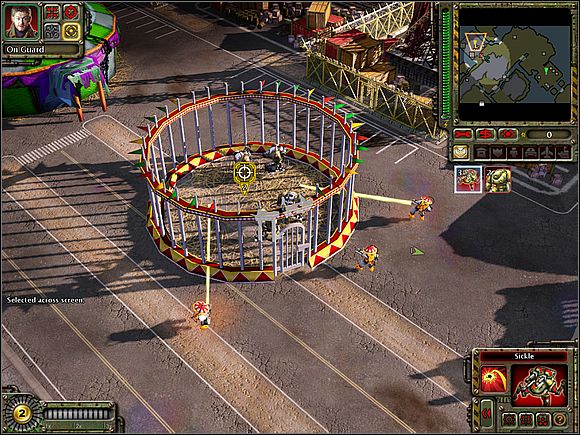 Rescued Tesla Troopers will join you as soon as you will free them up.

Tactics is still the same - go up the route leading into the cage with Tesla soldiers, and then let Natasha take off all Japanese men in this area.

We are coming back to the important objective of this mission. Go to the launcher [1].

In the north part of the map you will come across two enemy tanks. Liquidate them with Tesla soldiers, and then immediately retreat - because an infantry of the opponent will come. Let Natasha take care of them. 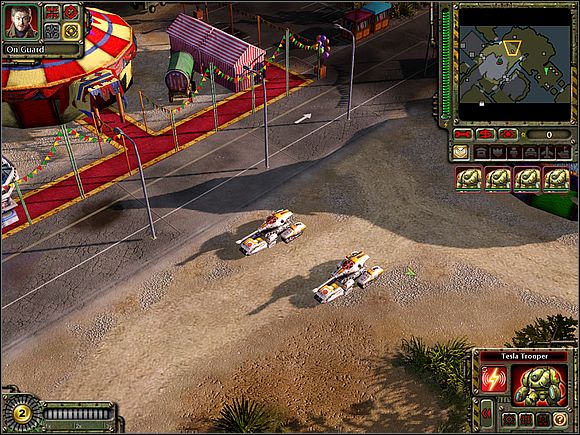 Before you move farther, stop your armies and order one of Sickle vehicles to leap to the pocket being in a north-western part of the map [9]. There's an experience box. Similar boxes are arranged on fringes of the entire map [10] [11] [12]. Collecting them isn't necessary for completing the mission. 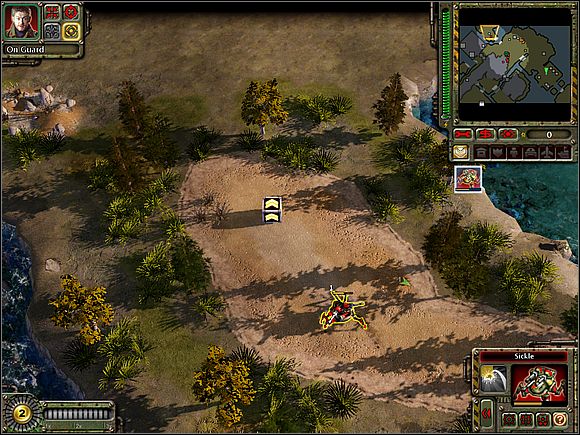