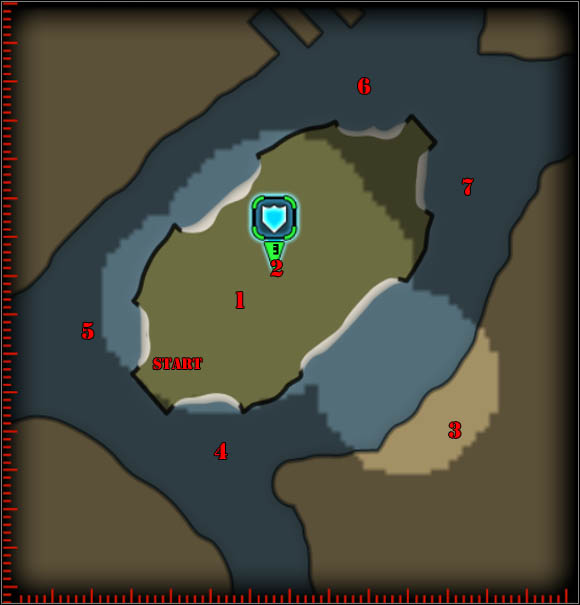 Mission will start with Natasha - Mrs. sniper. Select her and order to eliminate soldiers standing at the gate [1]. When all will die, command Natasha call the air strike on the white gate to the fortress [2]. 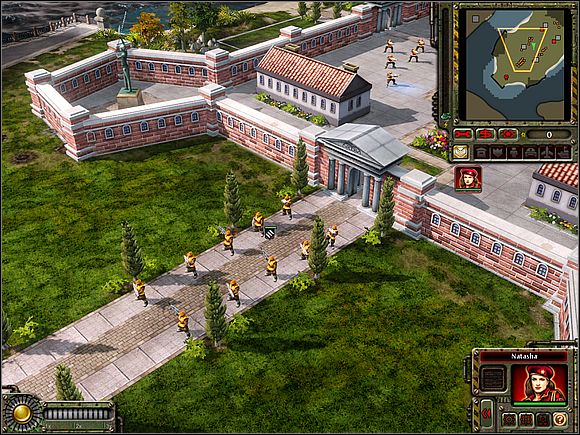 The fortress is one, big building, firing by enemy soldiers. 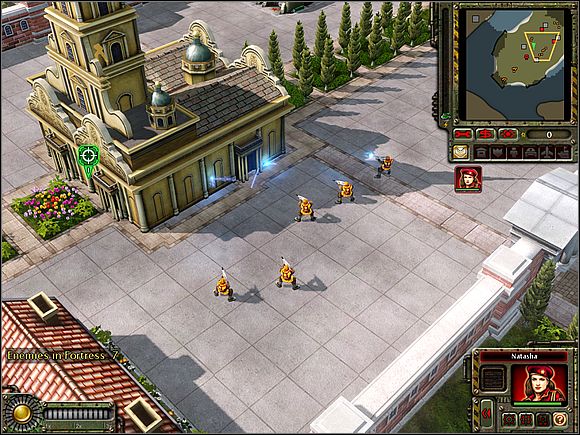 Eliminate them, and watch cut scene with Oleg. 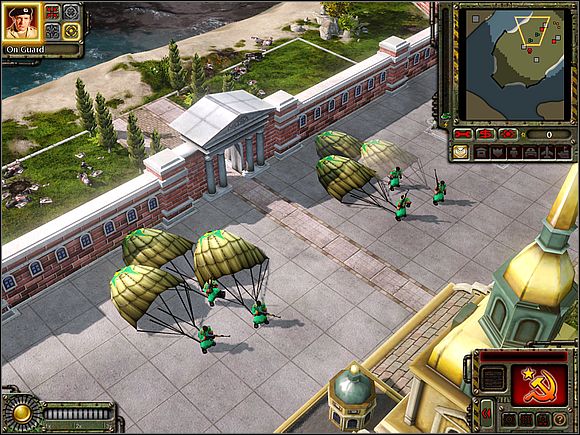 Near by fortress, there are barracks. Train five flak troopers.

Flak Troopers are pretty good in fight with air units. Train a few more units of this type, because your next target in this mission is to defend the Fortress from impressive forces of Empire. 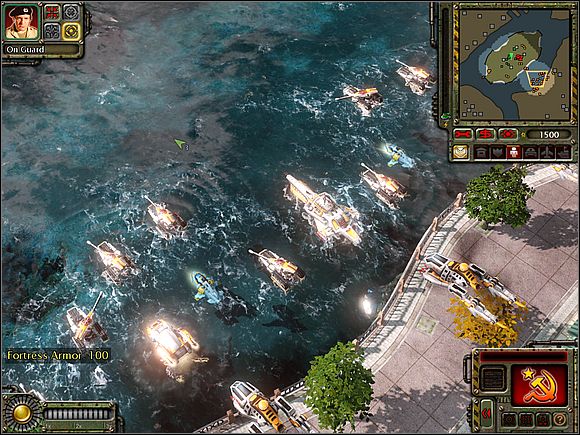 Your enemy has Tsunami tanks.

Set your soldiers in the southern corner of the entire complex. In this way they can both firing forces coming from the south east (where is absolutely no protection) and coming troops from south west (although there are Oleg people, but as we all know never too much carefulness). 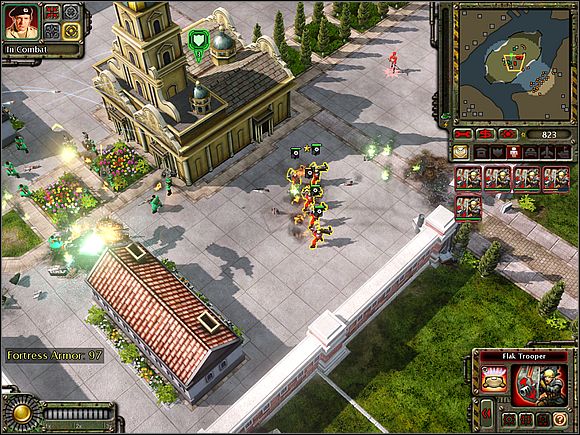 Nothing can stop you, to capture the building with soldiers standing south of the fortress.

Natasha will be useless in this part of the mission. Although she is able to summon air strikes on enemy tanks, your Flak Troopers will faster destroy the enemy machines before bombers arrive. The level of the fortress energy is displayed in the lower left corner. Remember that it can not fall to zero.

Following the destruction of the enemy troops, you will get the possibility of training Conscripts - they are ordinary soldiers equipped with Kalashnikov and Molotov cocktails. Train a few and set them near the barracks. From here they will be able to calmly fight around with Empire troops. 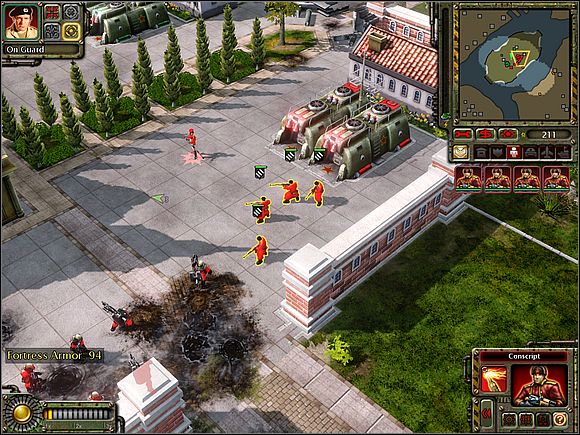