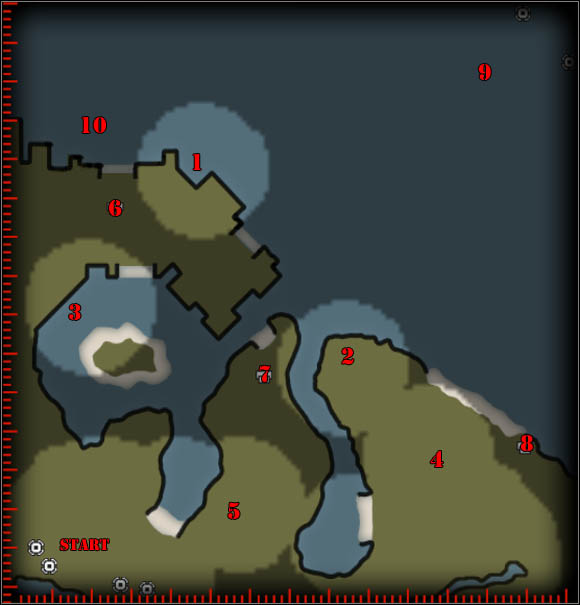 4. Destroy the Allies' Assault Base.

You start with an extended base and a few objects for protection [1] [2] [3] [4] [5]. Note that you have 5 vehicles in your camp, which unpack into defense towers. Build two towers next to the objects, which are the closest to the coast [1] [2]. 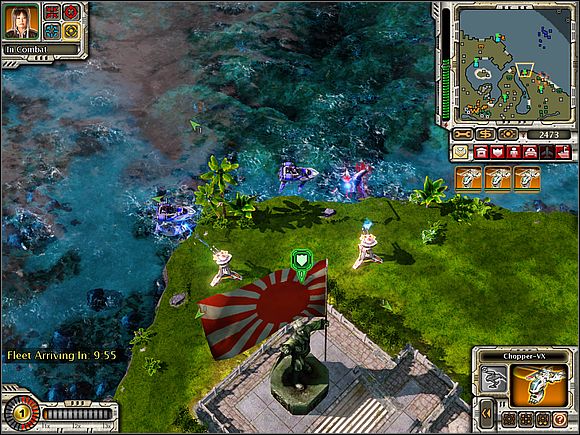 If you can, put the towers on the ground. In this way, hostile dolphins will not be able to damage them.

There are three different radars on the map [6] [7] [8]. Send one of the engineers (get two on startup) to the radar in the north. Your ally will take care of the rest 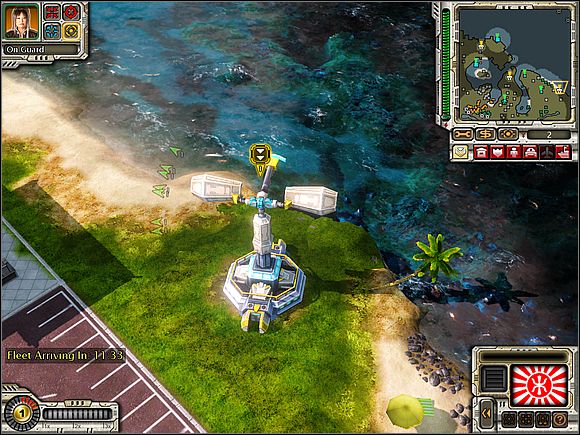 Start Striker production. Transform them into Choppers and send to defend those radars (2 on each radar should be enough).

The enemy will send his units very fast. To deal with them, command your strikers (got some units immediately). Now send them to the monuments that are the nearest coast [1] [2]. Produce dozen units of this type. 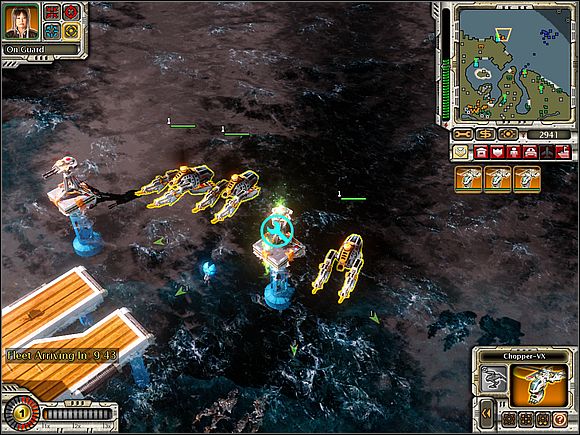 Start the production of Yari Mini-Sub. Send those units to protect the facility on the west edge of the map [3]. In fact, the building has a repair properties - keep your boats close to him, to keep them in the perfect condition. 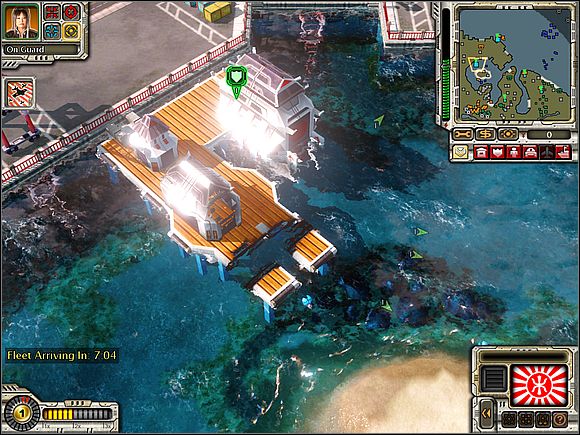 It may happen that your ally can not deal with the protection of the monument on the east [4]. Support him with Choppers and Tsunami tanks (but only a few! You must have some units in the base in the event of an attack enemy paratroopers and other units). 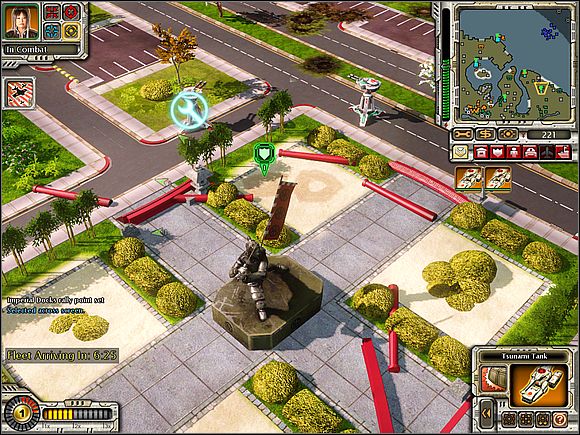 Soon you will get some cruisers. They appear in the north-eastern corner of the map. Send them to destroy the allied yard [9]. 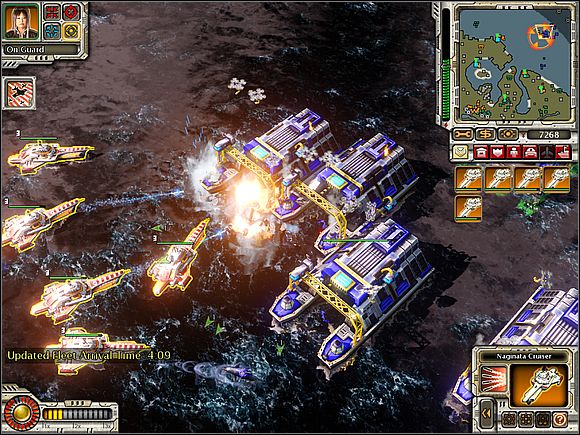