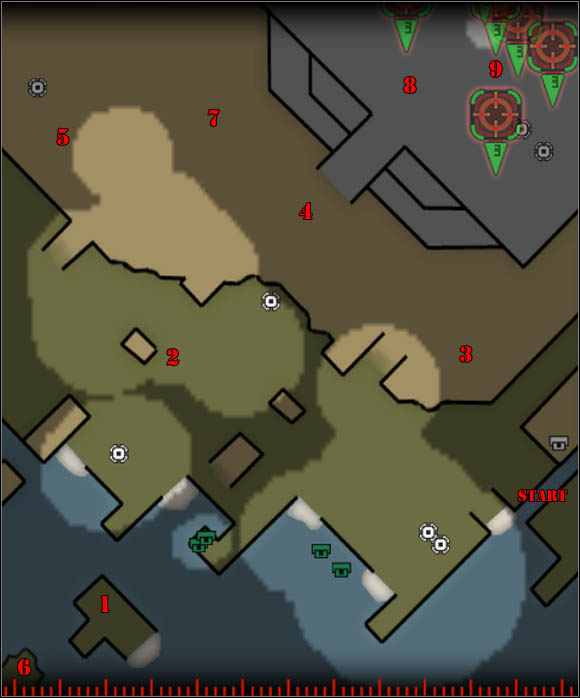 You start with four specific units. They are rolling machines that can transform into helicopters. At a time when walking on land, they are called Strikers-VX. As helicopters, are known as Chopper-VX.

At the beginning let them fly in the form of Choppers. You have to escort carriers, which you protected in previous mission. Kill all the Soviet boats (both on-and underwater), which attack your carriers. You have to protect at least 8 out of 10 machines. 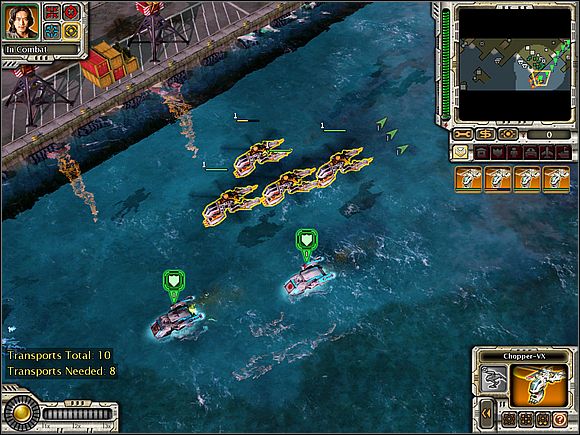 When the carrier will get ashore [1], transform Choppers into Strikers. As a rolling machine, your vehicles are able to fight with hostile helicopters. Several Russian Twinblades will soon came over with carriers destroy intent. Do not let them do it. 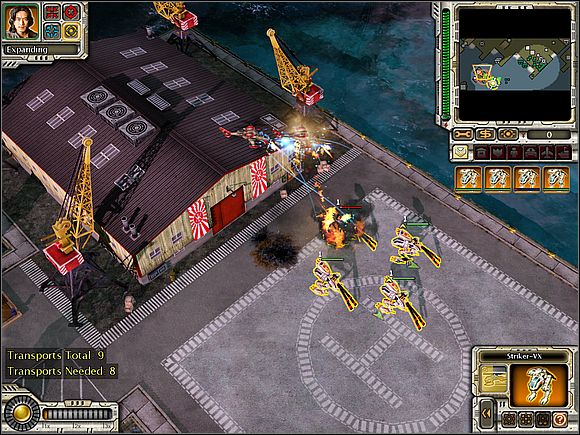 This has not been played yet! You have Shogun executioner for your disposal. He is very hard and take a lot of damage at one light sword cut, but on the other hand he is extremely slow and vulnerable from air attack. If any helicopters will buzz you, ask an ally to eliminate them.

Know also that you can repair it when you send it to the enemy Tesla or Stingray boats - electricity shocking the robot, healing him. 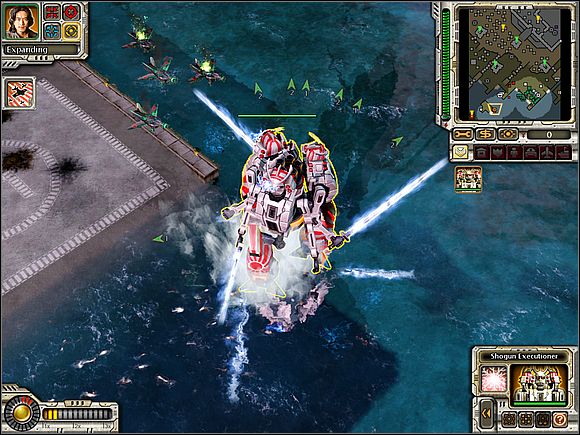 Start destroying artillery bases [2] [3] [4] [5]. Shells from this guns, are exceptionally strong and can seriously damage Shogun, so after the destruction of any artillery base visit hostile Tesla to regenerate. 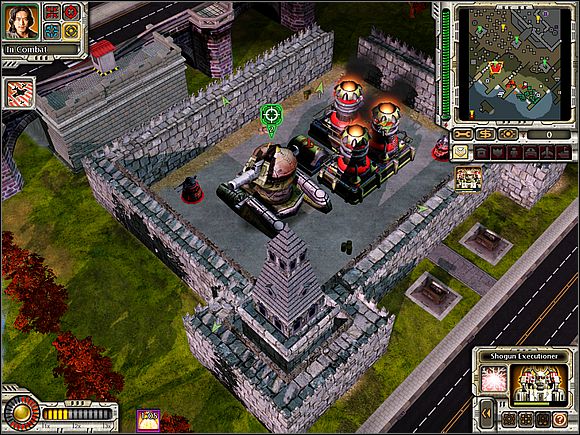 If you have a problem with the fence surrounding the guns, use the robot special ability - destructive shock wave. She is able to destroy every wall. 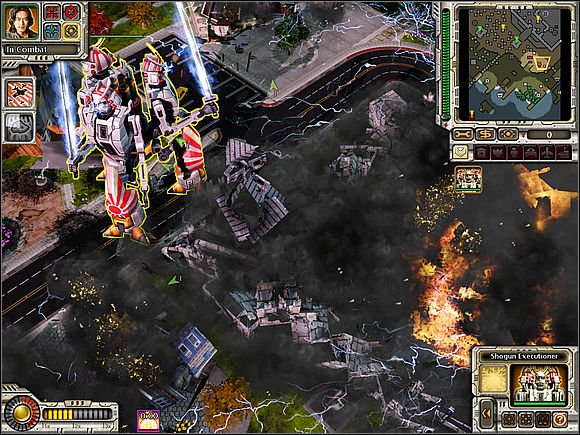 On the way also destroy a civilian objects [6] [7] [8], if you'd like to complete the only secondary objective in this mission. Only one point [6] may be a problem - Your robot is slow so don't waste your time to walk there. Tell your ally to destroy the object.

Just guide your Shogun to the north east corner of the map [9]. Destroy all important Soviet buildings (including the Iron Curtain - shown in the picture below), which you'll find there. 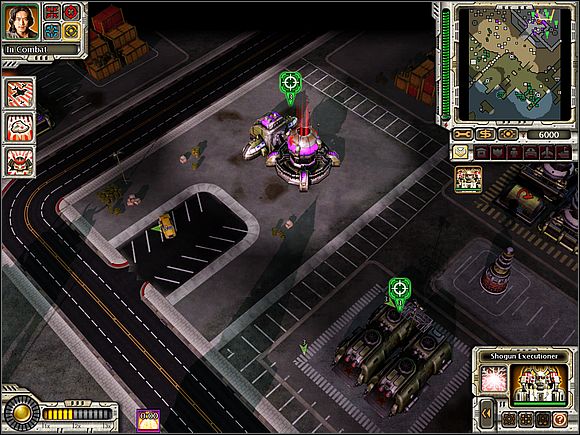