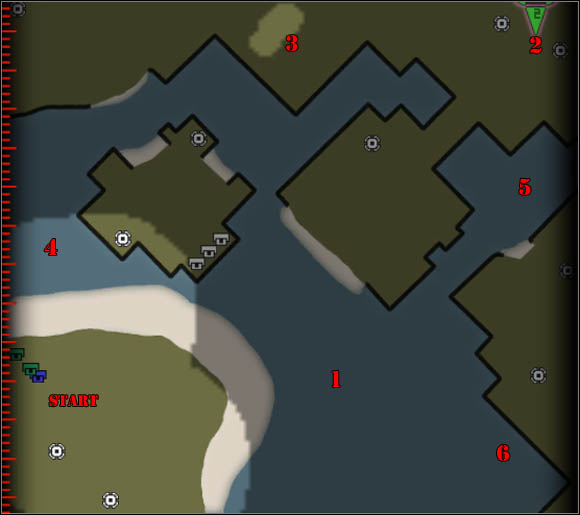 2. The place for your base;

1. Hold out for Soviet Reinforcements;

4. Take Out the Imperial Military.

1. Hold out for Soviet Reinforcements;

It will be a long mission. From now you will get an expanded base. Place some towers and create a dozen of tanks against Japanese attack (their buildings will rise next to your right). 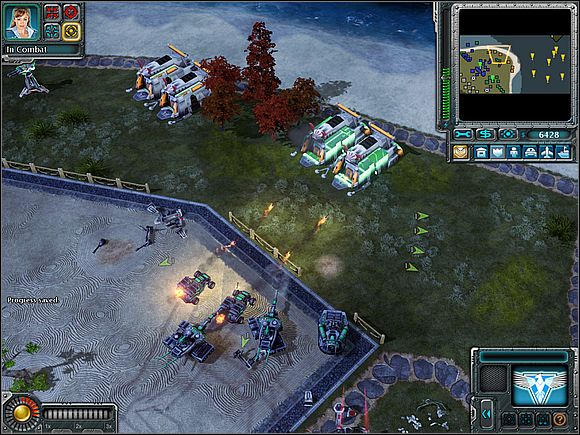 Empire will be attacking you with it's air and tank units. Your tanks should be take care of the enemy without any problem.

Japanese set a lot of water towers and yards, creating a blockade [1]. Use Advanced Aeronautics power and build 4 vindicator bombers on your airports. Bombard Japanese water units with them. You do not have a lot of time to destroy the blockade (it ends when General Krukov for the second time informing about lately arrival of the Soviets army). 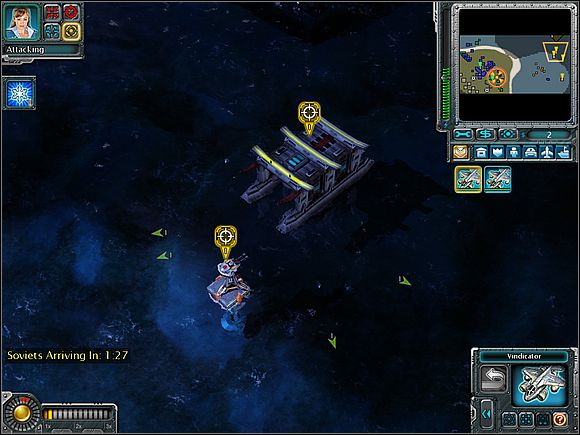 3. Transport an MCV Across the Harbor;

You will get Chronosphere - a device able to move the unit to any place on the map. One of the commanders must move his MCV on the other end of the map [2] and build its own base. You can move your own car or tell your ally to do it. The following description applies to the first variant.

Build an power station to ensure the Chronosphere a power. Then pack your CY to MCV and use Chronosphere to transport the vehicle (including survived tanks) in the north-eastern corner of the map. Start construction of the base there. 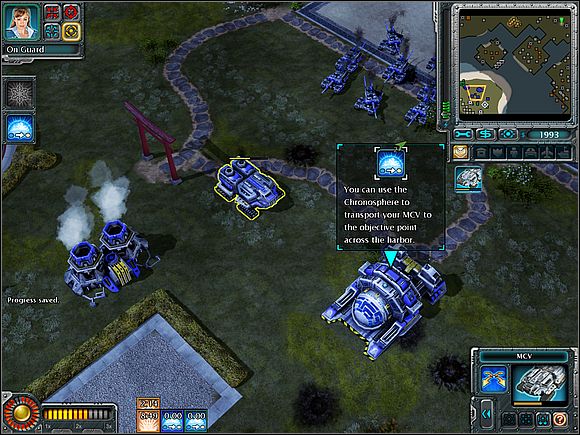 4. Take Out the Imperial Military.

You have to destroy a lot of bases. Build three airports and fill them with Vindicators (raise the buildings next to each other, you do not have too much space for expansion).

Use them to attack the most important targets (marked with green pointers) in enemy bases. You can also send groups of tanks (9 units) with Chronosphere straight into the enemy camp. In the first order, focus on the north base [3] - the Japanese have his super-weapons there. 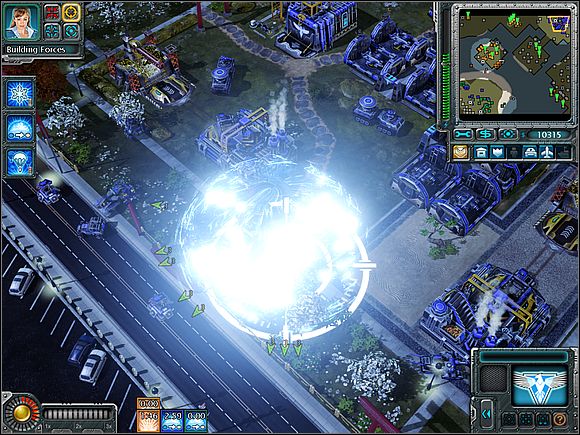 Opponent will become extremely passive. You do not need to build a strong defense. Six towers on the periphery and some tanks - such protection will be enough. When Prince Tatsu will appear on the map [4], set 3 additional towers in the base center (!). They will be very helpful against Japanese bombs.

Try to not fly over the fleet [5] stationed just south of your base. Some of them are equipped with anti-air weapons. That fleet will shoot your base if you start bombing docks [6] in the south-eastern part of the map. 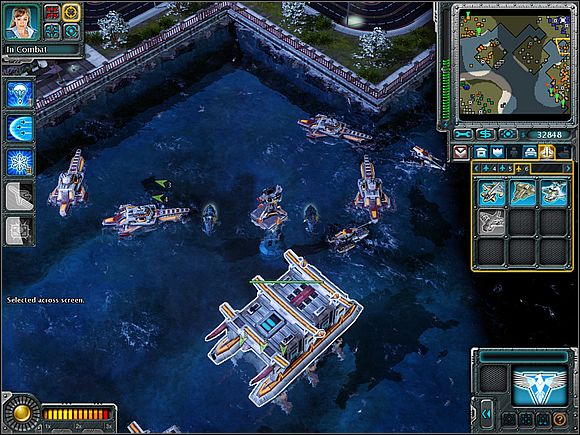 Prince Tatsu [4] fleet will appear as soon as the super-weapons on the north of the map will be destroyed. You can destroy it in a very cool way: Use Chronosphere to move his ships to the land. Treated in this way ships, will be destroyed immediately. 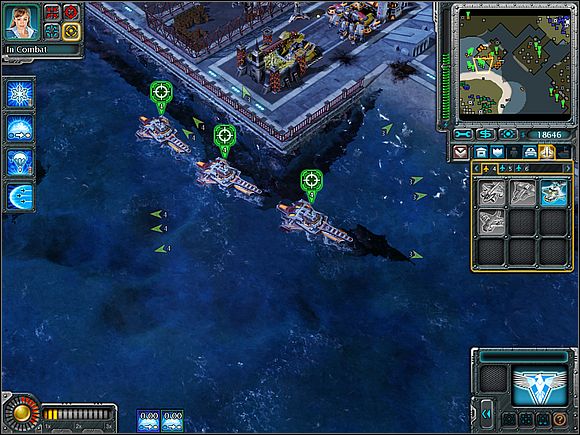 Chronosphere can move hostile ships to the land, for example, in the place of enemy buildings. This will complete destroy the boats and light damage these buildings.

The navy is composed with ships that can transform into planes. To finish those units, you will need Apollo fighters.