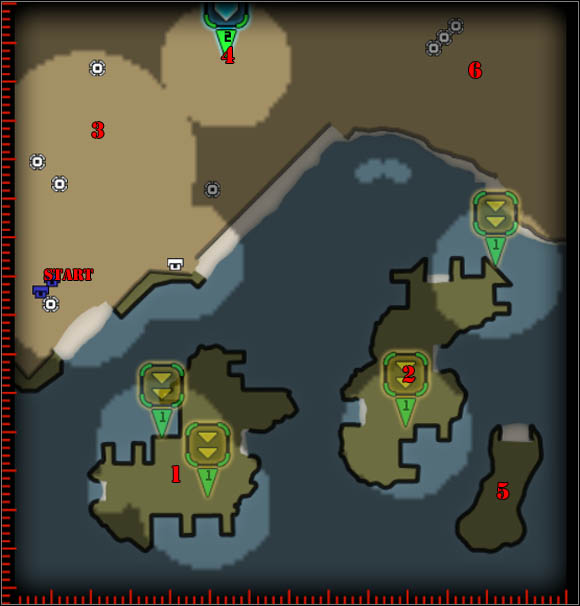 4. Leaders of the United Nations;

1. Get Spies into the Port Buildings;

2. Save the Allied Leaders;

3. Get Tanya into the Port Authority Building;

At the beginning you have three spies. Tell them to attack the Russians.

They will do not kill anyone, but they will change the clothes. With Russian uniforms, they may be recognized only by the Soviet War Bears.

1. Get Spies into the Port Buildings;

First, take care of the west island [1]. Send three spies and agent Tanya near the beach on the west. Send spies to ashore. One of them send to a nearby Soviets power station. 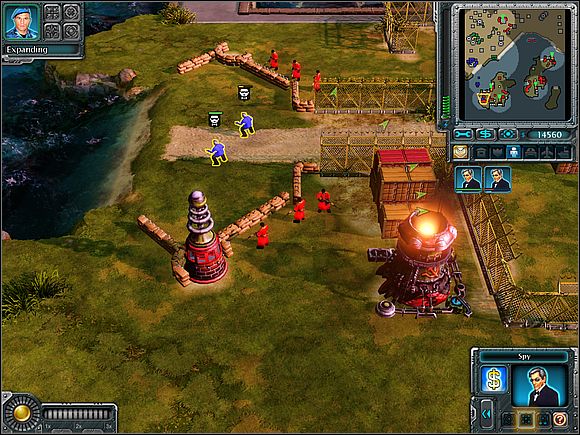 Changed spies can be recognized only by War Bears. These animals can sense sabotage.

It will temporarily switch off power of Tesla - soviets defense structure. Now go Tanya to the island, blown up Tesla and shoot Soviet soldiers. 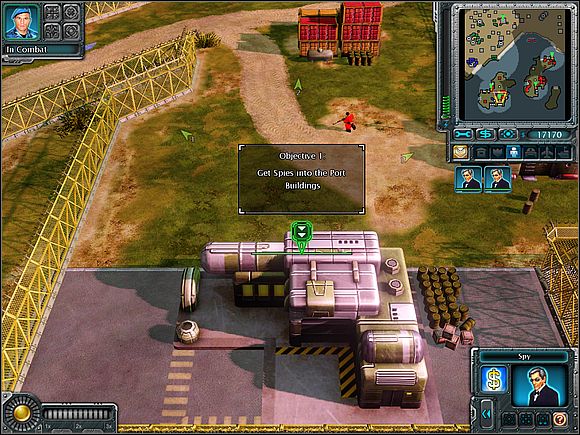 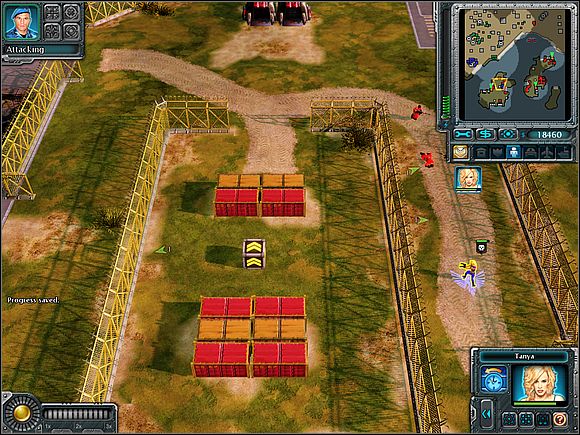 Now it is time to move on the second island [2]. Train 4 spies, change Russian uniforms, and then enter the beach in the west of the island. 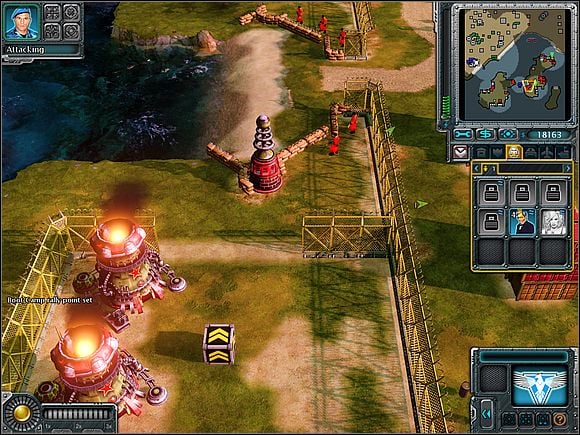 As previously - command one spy to enter the power station at the beach (standing experience box leave for Tanya), and then order Tanya to get on island and clean up.

Tanya will not be able to blow up Tesla before it get power. So enter another spy to power station and destroy defense structure.

Enter the spy to a nearby port building, and get experience box with Tanya. She should already have the maximum level. 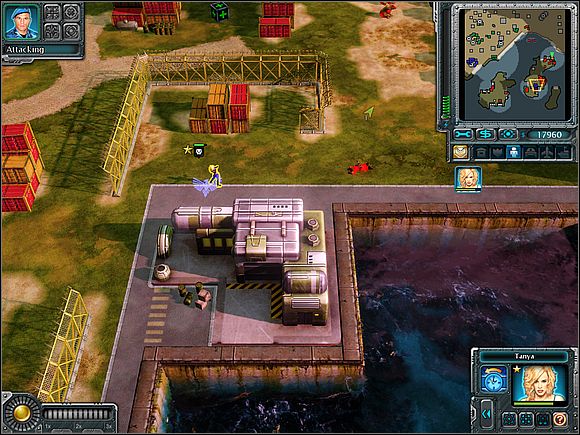 Blown up all power stations in the neighborhood and shoot all Soviets.

The last building (in the north of the island) is not protected by the bears. You can send your spy there with no worries. 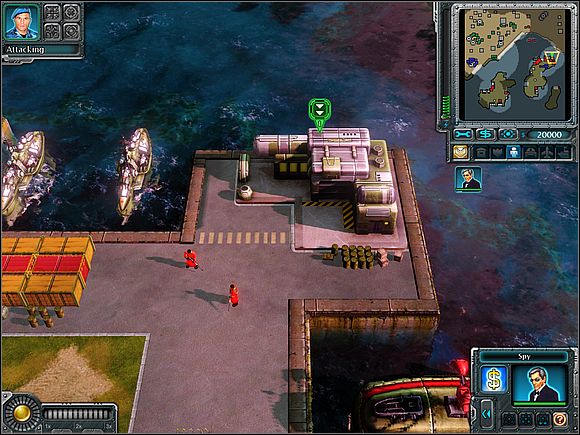