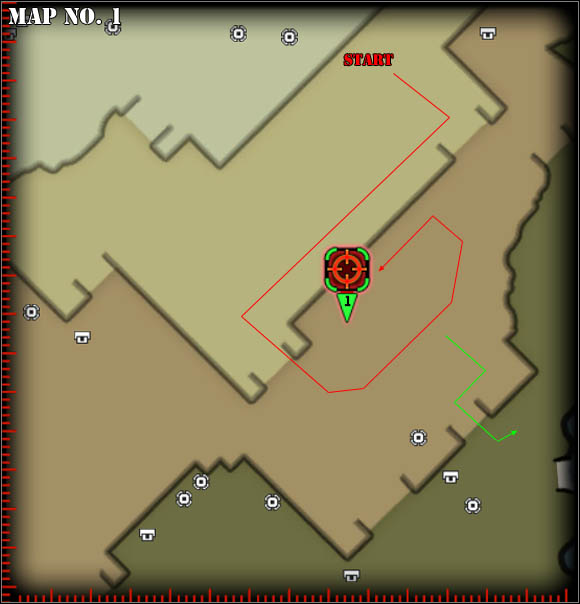 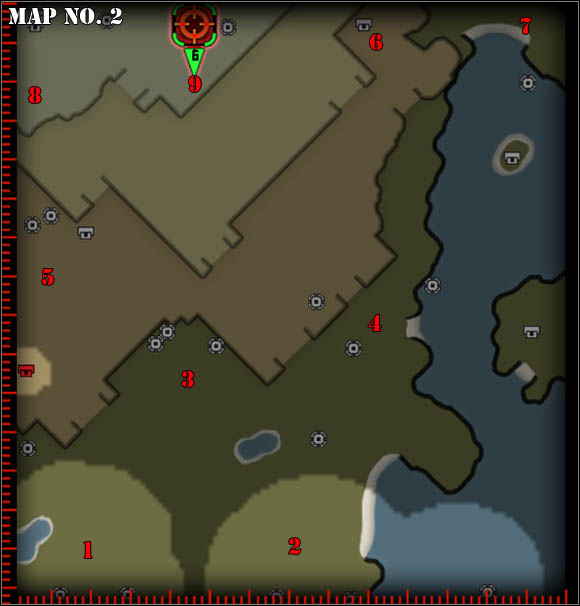 8. Recruit and the War bear;

The green line on the first map will guide you to secondary objective.

2. Turn the guards attention away;

This will be a long mission, and the beginning will be especially impolitely. You have only one War bear and one recruit. You can see the red route on map no.1 but above you will also find detailed description.

Send your units in the area of stairs on the south-east from the place of start. 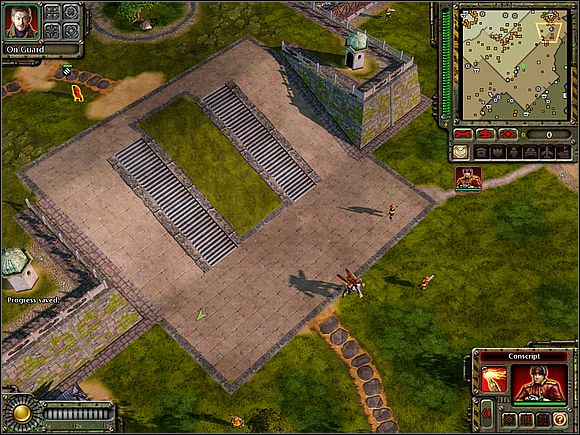 Too many troops here. Move to the south west, along the gardens. Hang on the wall all the time! 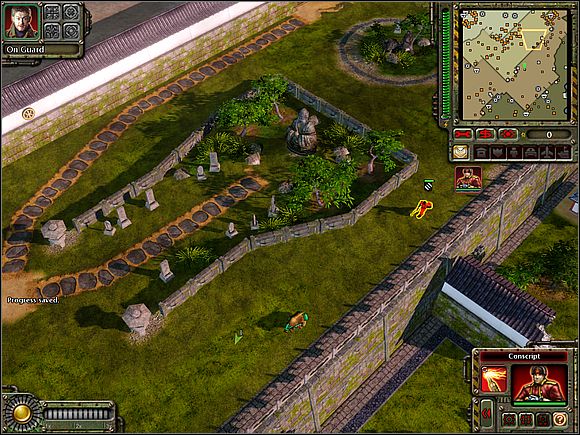