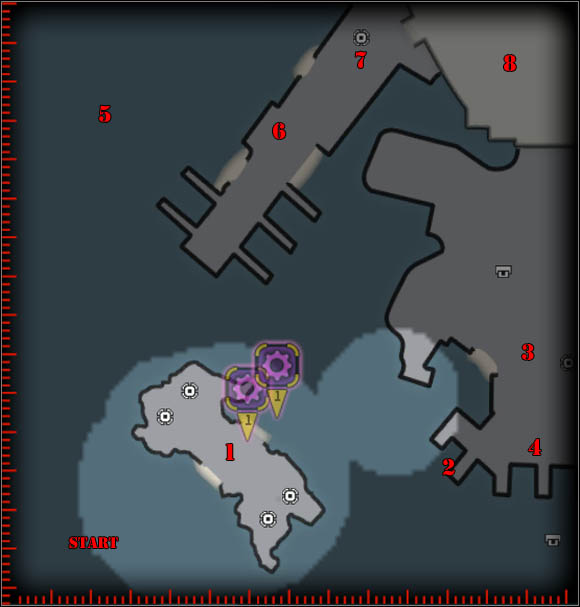 6. Engineer need to be rescue and barracks;

1. Clear the Island of Enemy Forces;

2. Construct a Barracks and Naval Yard;

3. Set Up Base Defenses;

4. Destroy the Imperial Scout Base;

6. Destroy the Imperial Naval Base;

1. Clear the Island of Enemy Forces;

Mission will start with three Bullfrog vehicles. After destruction of the first flying vehicles, command each Bullfrog to fire infantry to the nearby mainland [1]. 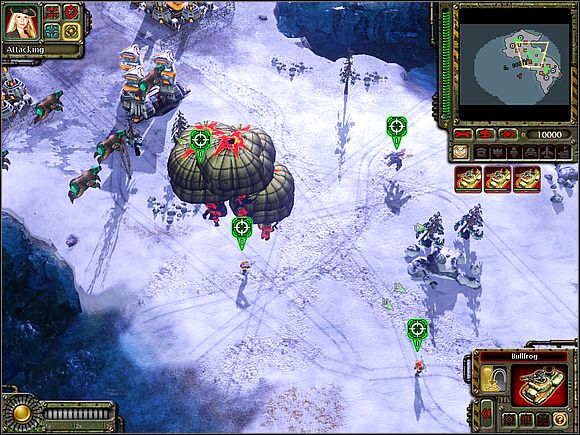 Zhan, the commander assisting you in this mission will do the same. Use your infantry to eliminate several nearby enemy units. As soon as possible drive your Bullfrogs onto the island. Their ability to combat against flying units will very useful in a moment.

Destroy also standing nearby power plants - without them, the enemy towers will not work. So destroy them too. In the meantime, you can be attacked by the enemy flying vehicles. Your Bullfrogs should give them advice. 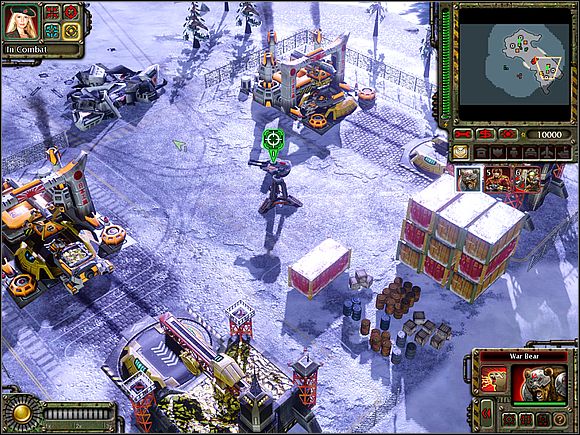 Following the destruction of the towers, finish remaining enemy forces in this area - all the buildings, the whole infantry, etc. Soon, you will get Stingray boats support. They are able to navigate both on the water, and when the land. Use them to clean up the island. 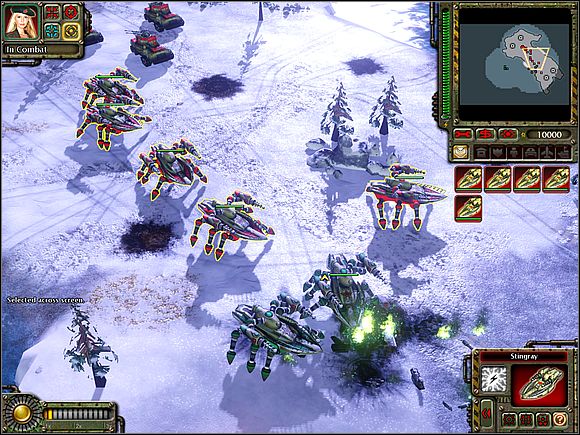 At the beginning, Stingray boats can be very useful but with Progress of the game, you will see their defects.
See/Add Comments
JOIN FOR UPDATES