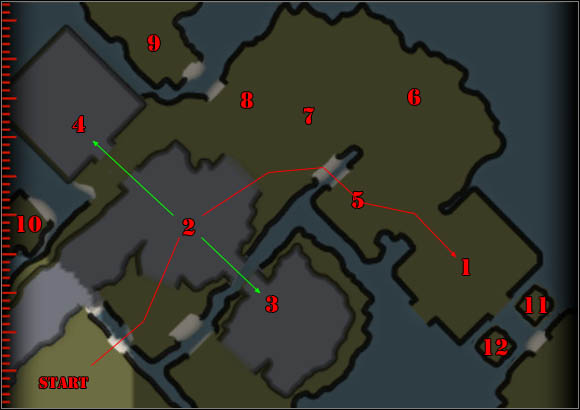 You will start your mission with Sickle vehicles. One of them are damaged but you can fix it with green package. 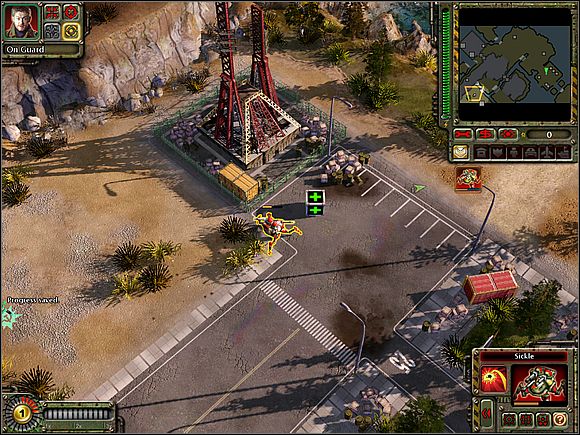 Natasha is driving by allied commander - Mosqin. You must ensure security for her during the road to the K- 45 launcher [1].

Sickle vehicles are able to perform high and quite distant jumps. Take advantage of this ability to jump above the small river right next to the place where the repair box was. 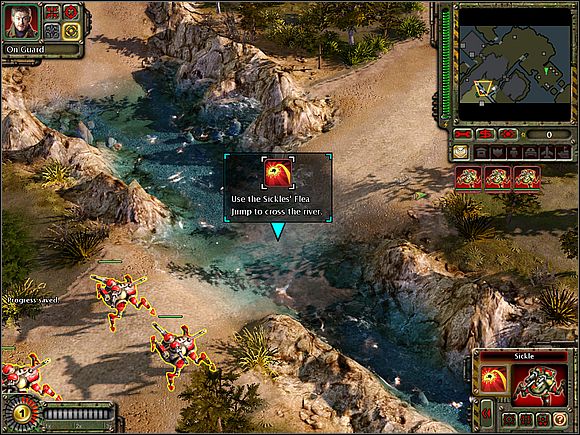 On the second edge you will be attacked by the Japanese infantry. Sickle vehicle was designed to the fight against units of this type, so you will manage with opponents without any problems.

Move through the footpath marked on the map above. You will come across on next infantry (four). Liquidating them will cause that nearby cages will be left opened, but being in them War Bears [2] will be put at your disposal. 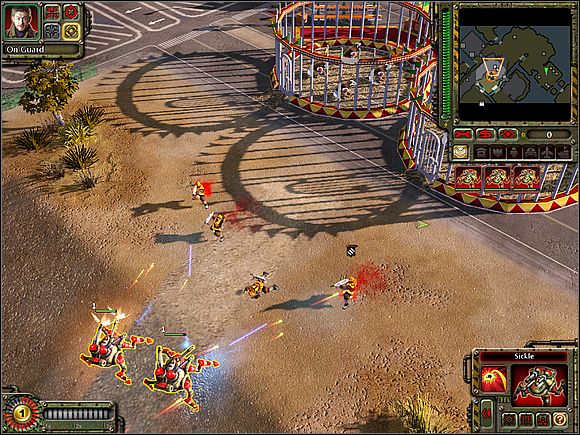 To the north-east from cages with War Bears, there are Japanese soldiers equipped with the armor-piercing weapon. In order to avoid damaging Sickle vehicles, attack enemies with War Bears. 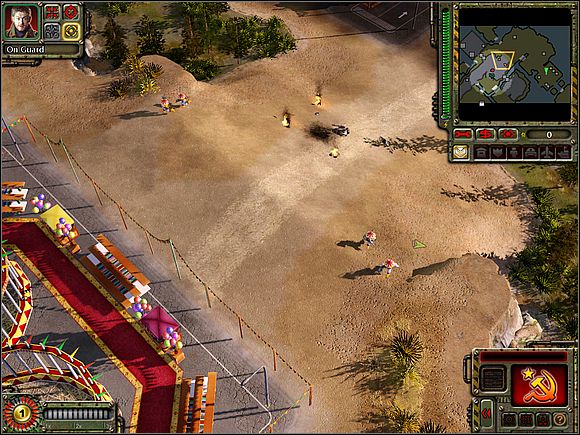 War Bears are quite good in confrontation with infantry. It's time to use them.