Japanese units will attack the nearby hermitage [3] with Russian art. You should to protect this place. You will get the Bullfrog. Load Natasha to him. 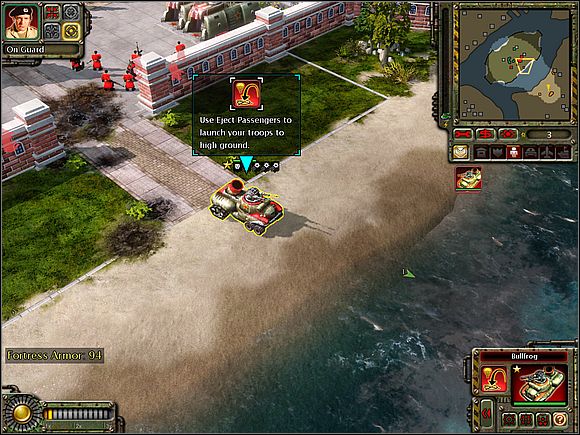 Bullfrog has a catapult, which can fire loaded in units. Shoot Natasha in hermitage area. 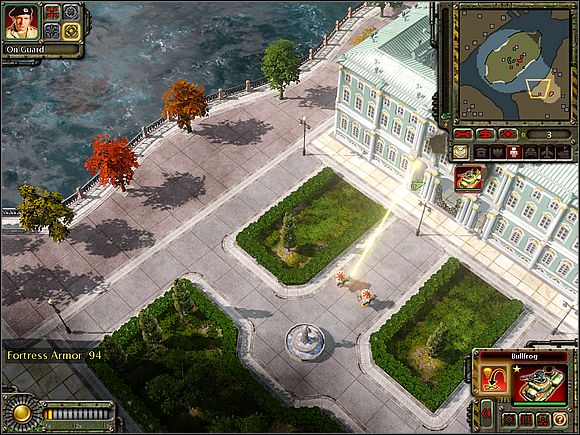 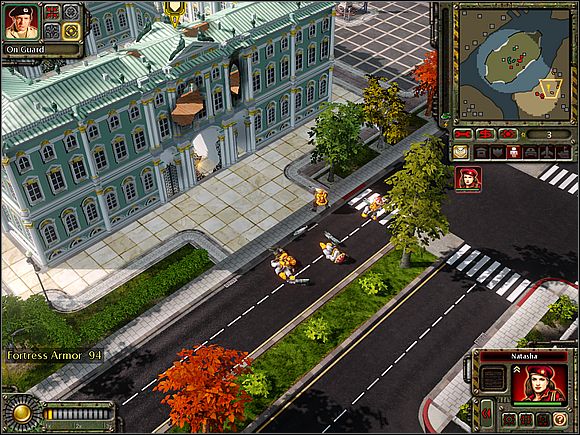 Ally Bullfrog will appear near by hermitage. Use it to shoot Natasha back to fortress. 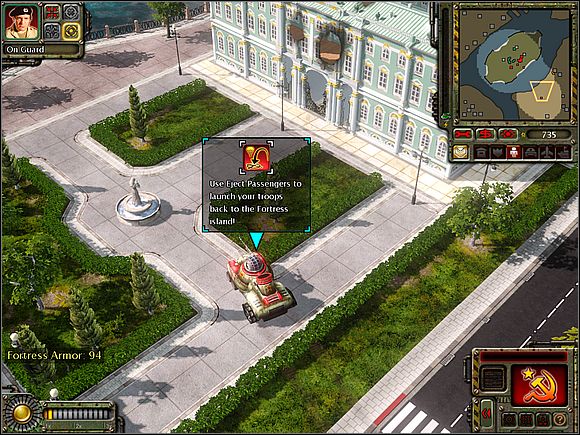 Fortress will be attacked by the Japanese navy [4] [5] [6] [7]. The island is surrounded by several ships (exactly 8) equipped with long-range missiles. Order Natasha order to call air strike on each green marked ship. It is also the occasion to eliminate smaller units protecting them. 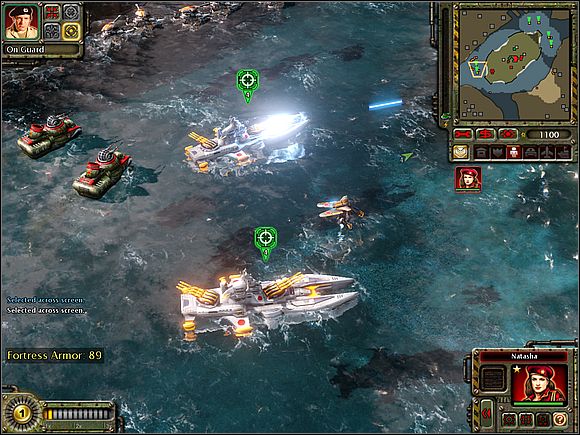 Following the destruction of the first two ships you will get an access to the Magnetic Satellite. In the lower left corner of the screen is a button that opens the power window. You can use satellites to throw ships from the water straight into space. 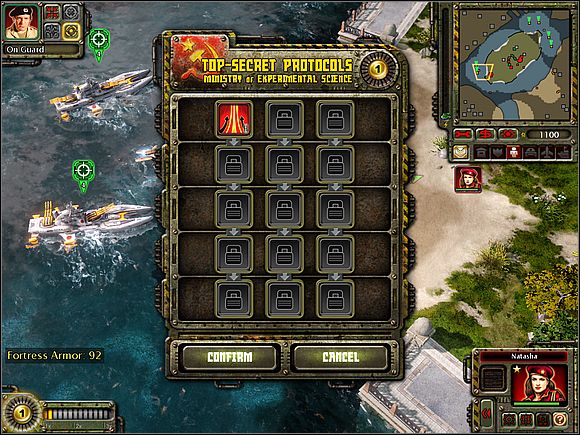 Mission accomplished when you will destroy all the ships.