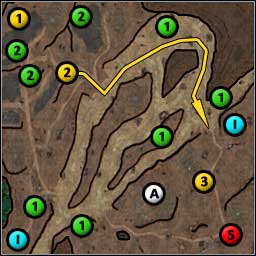 Kane wants you to persuade Marcion to contribute to the rebirth of the Brotherhood. The problem with the heretic is that he considers Kane to be a heretic himself. You'll need to force Marcion into obedience, but it's not an easy task since Marcion cowers in his stronghold.

You will start in the south-east corner of the map. Construct a power plant and a refinery near the Tiberium field. Place one or two shredders near the buildings and send some units to another field in the north-west (marked with the white A).

Send Emissary to the field and set up a base camp here - construct a refinery and two shredders facing the derelict buildings. For now, few units and turrets should be enough to hold the enemy back, but you'll need to reinforce your defenses later - Scorpion should be the best for the job.

By the time the enemy starts attacking your position you should have a War Factory and a lab working on laser cannons in order to improve Scorpion firepower. Don't waste resources on toys such as the stealth tanks and maintain a number of ground units to hold the enemy at bay. Turrets and Purifiers are a good addition to your defenses but in order to get the latter you'll need to salvage the remains of the enemy Purifiers and repair them with saboteurs. 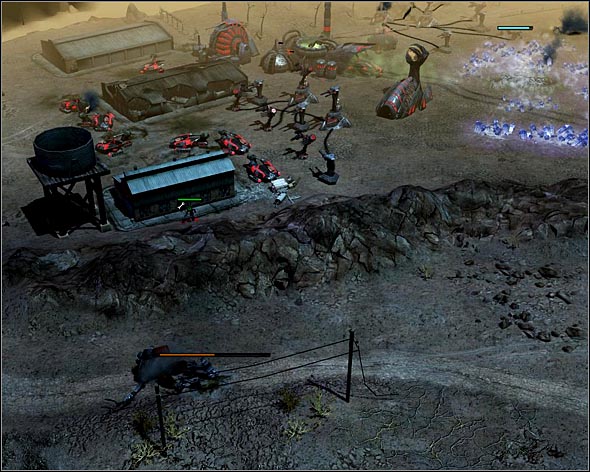 Use the leftovers from enemy Purifiers to build your own.

You should devote all of your resources to Venom helicopters. When attacking in large groups they're extremely deadly and their mobility is also their great asset. They'll also come in handy in the last minutes of the mission when you'll have to chase running enemy units.

Once you produce some helicopters start exploring the map. You should quickly run into one of the GDI turrets that scan the area for enemy troops and once they lock onto them they send a distress signal drawing GDI units into the fray.

With several helicopters you should be able to destroy the scanners before they send the signal - with that problem out of the way send a few saboteurs to the south-western corner of the map and secure the spikes - you don't even need to defend them, as Marcion won't send his troops to this area.

Time to draw Marcion away from the safety of his stronghold. This objective shouldn't be a problem with the great numbers of Venom you should have under your control by now. Wipe the enemy base (starting with SAM turrets, obviously). With the steady flow of cash you should have by now you won't have to worry about using too many units, as you should be able to easily replace them with new ones.

While sweeping through the Marcion's base be sure to destroy three statues that represent the heretic brother. After bringing down the enemy base assault the stronghold in the north-western part of the map and then pull back to the middle of the map. 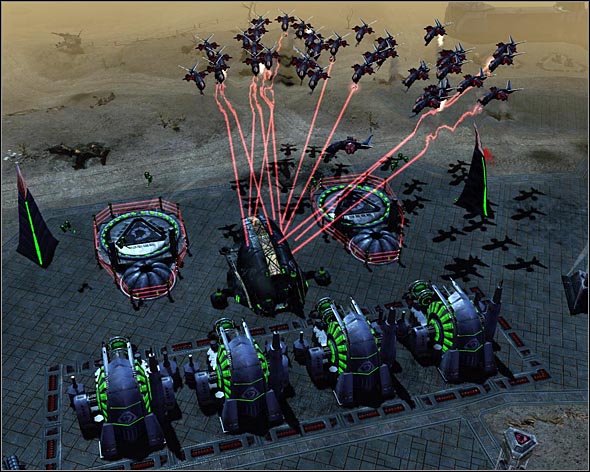 Marcion will try to escape in a transporter covered by a group of other units (including two Purifiers) - gather your helicopters and stop him as he progresses along the yellow line on the map. Without his escort Marcion will surrender.

It's your last objective in this mission - you'll have to get the transport into the evac zone. Since you got rid of enemies earlier on, you should get there without any disturbances.