Act 1 - What is Rightfully Ours 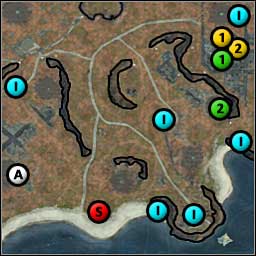 Your main objective here is the GDI laboratory where some valuable information is stored. Before you'll be able to take over the complex you will have to deal with enemy troops who will start attacking your positions since the beginning of the mission.

You'll start off with refinery so create a saboteur to gain control of the spike in the eastern part of the beach. Construct Operation Center and War Factory and start producing Scorpion tanks, but also spend some times securing the perimeter with SAM turrets. Expect the first wave of GDI attack after less than a minute - a wave of Hammerheads supported on the ground by Wolverines should zoom in and attack.

From this point on you might expects groups consisting mainly of Pitbulls, Titans and Wolverines, so build some tanks and reinforce your base with laser turrets. While focusing on the defense be sure to prepare a second group of Scorpion tanks and send them to a Tiberium field to the west (marked with A on the map). 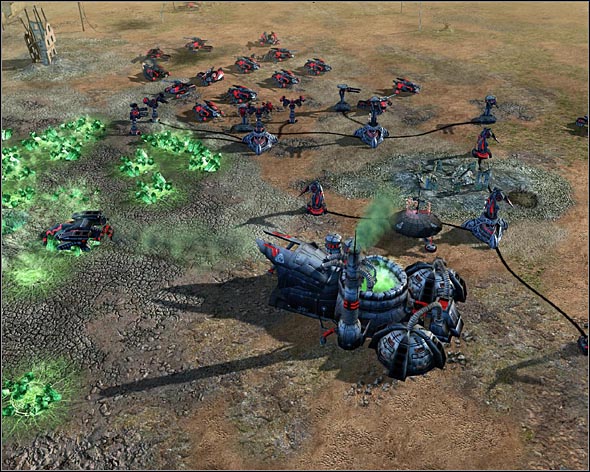 Your second base should be well defended.

Construct an Emissary and send him to the second Tiberium field. Deploy it near the field and construct refinery. Reinforce this position with SAM and Shredder turrets and bring additional tanks to this location. Enemy will split his forces between your bases so you have to stay put and bring reinforcements when necessary.

With two refineries and at least one spike (check the map for locations of the spikes) you can start preparing your strike force. Don't miss and construct another War Factory to speed up the production process.

Begin your assault from the south-east, where enemy defenses are the weakest. Destroy the turrets and get rid of enemy units. When the coast is clear construct another Emissary and send it near the laboratory. You'll also need a saboteur whom you can then airdrop to the complex.

When your account gets filled with resources take over the building and set the Emissary near the lab. In a few seconds all hell will break lose.

2 - Hold the Laboratory until the Upload Completes

You will have to maintain your position for four minutes - that's the time Brotherhood needs to upload all the data. The enemy will send ground and air troops, so prepare to push them back and set up turrets around the perimeter. If you're short on tanks build some laser turrets apart from the SAM. 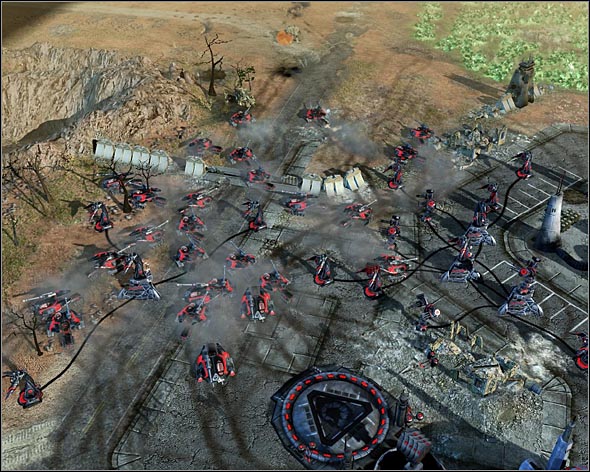 With such defenses the GDI won't be able to break the perimeter.

After four minutes the mission's complete - if you defended the laboratory well enough and it got hit for less then 50% of its health you'll receive the bonus.