Code Vein gameplay was inspired by the Dark Souls series. So you should prepare yourself for an adventure with a very high level of difficulty. This page will tell you exactly what Code Vein gameplay looks like.

During your adventure you will not have to deal with huge open locations. Instead, you will move through a series of interconnected zones. They are often filled with all sorts of secrets that you can discover. Along the way you will also encounter a variety of opponents, including bosses.

Fighting against the creatures you meet is pretty demanding. In many cases, it is not just the opponents themselves who are the threat. Combat mostly consist of attacks with melee weapons called Blood Cloaks and the powers of your character. The environment will also be a problem for you. If you are not careful enough, you may end up falling off a cliff. 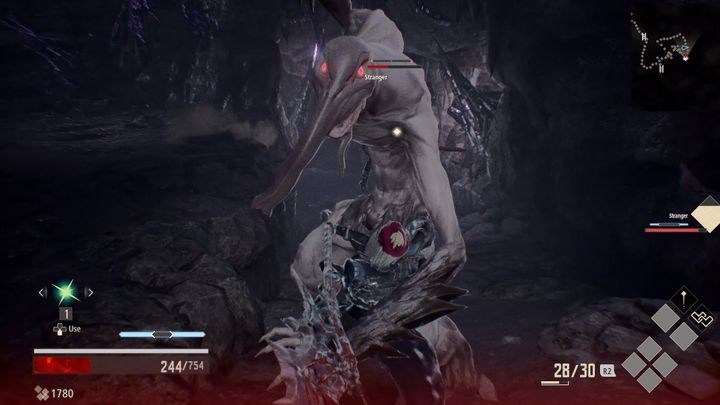 An important element of the title are companions, which you can choose from among the available NPCs. Their number increases with the progress of the game. A companion isn't just a support in a fight - he can act on his own.

Also, there is a character development system available in the game. By winning subsequent battles, you earn experience points that allow you to improve your character's stats and learn new skills.

This site is not associated with and/or endorsed by the Bandai Namco Entertainment or Shift. All logos and images are copyrighted by their respective owners.