This guide gathers all available information released by developers at the current moment. We provide information about game editions and basic game mechanics. Keep on mind that this is still a work in progress - when the full version of the game is released, the guide will be extended with additional chapters.

Code Vein is an action RPG developed by Swift studio and released by Bandai Namco. The action of the production is set in a post-apocalyptic vision of the nearest future. Human civilization went into disarray after mysterious spines pierced the Earth's crust. The only survivors of the cataclysm are the so-called Revenants - vampires with superhuman powers who live in a community known as The Vein. Its members abandoned humanity and most of their memories in order to survive in a new, cruel reality.

On which platforms will Code Vein be available?

Code Vein will be available on PCs and consoles - PlayStation 4 and Xbox One.

Code Vein, apart from the standard version, which contains only the basic game version, is going to be available in two other versions. 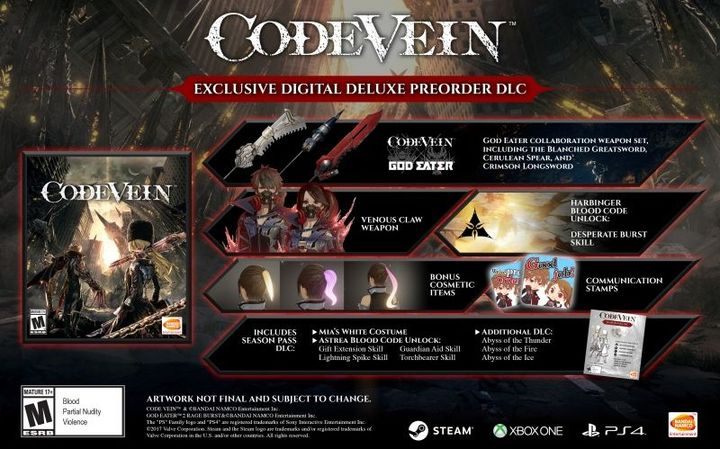 The Deluxe edition contains the basic version of the game and some additional features: 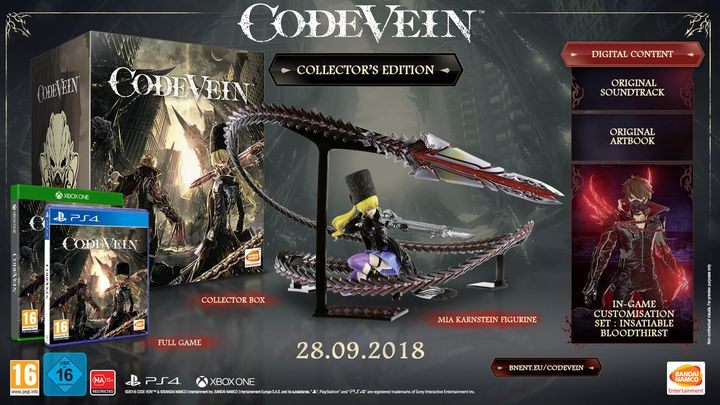 Collector's Edition, apart from the basic version of the game, contains:

If you decide to buy Code Vein in advance as a pre-order, you will receive an additional extras:

Minimum system requirements of Code Vein. Code Vein requires a slightly better hardware than other souls-like games. However, the game should still work even on a few years old hardware. For more information, check out the System Requirements section.

This site is not associated with and/or endorsed by the Bandai Namco Entertainment or Shift. All logos and images are copyrighted by their respective owners.