Chronicles of Mystery: The Tree of Life Game Guide & Walkthrough by gamepressure.com

Chronicles of Mystery: The Tree of Life Game Guide & Walkthrough

Approach the console (on the right; zoom). Spread the map on its screen and turn the red switch on the right. Check the objects marked on the map: Bimini island in the middle (more or less), the anomalies in the upper right part, the storm in the middle upper part, the airship in the lower right corner and the tornado at the lower left part.

Now move to the control panel (in front, zoom). You have to set the airship (marked with a circle on the right) route so that it won't run out of fuel and will avoid all the obstacles (anomalies, storms or tornadoes) on its way to the island (marked with a palm on the left). Of course you have to consider the wind's direction, represented by the arrows. 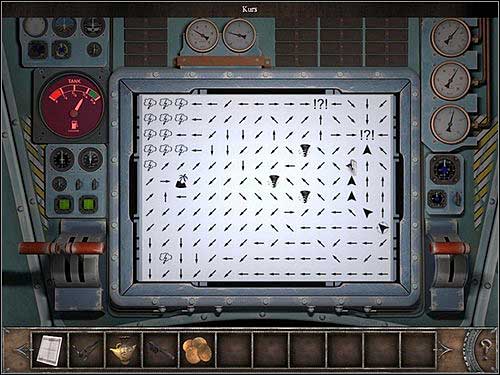 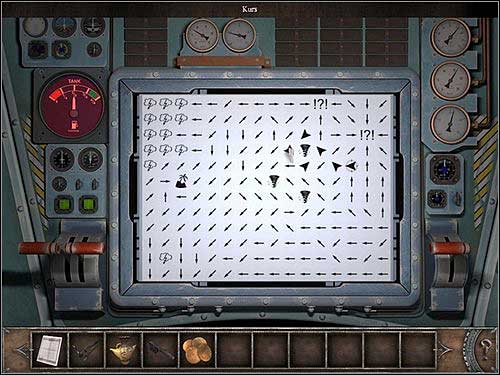 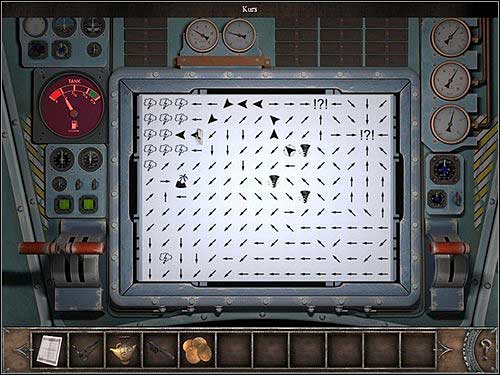 Taking all of that into consideration, press the circle representing the airship 8x (leave the 8th route variant on the screen - count from the moment you hear a distinctive sound). Afterwards click the next to last big arrow of the selected route (you should be near the anomalies) and when a circle representing the airship will appear on it, press it 5x. Once again mark the next to last big arrow of the route's next fragment (you should be near the tornado now) and press the airship symbol 4x. Once again select the penultimate big arrow of this fragment of the route and press the circle on it 5x (you should land on the island). The correct route is showed at the screen below. In the end pull the lever on the left and voila - you set off. 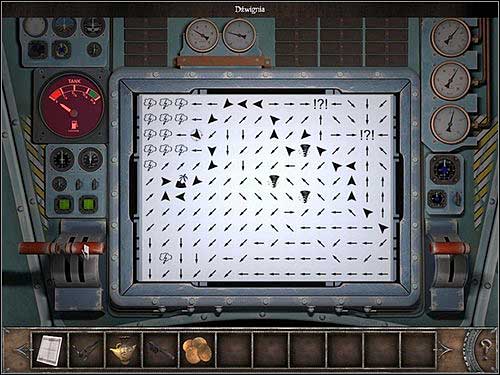 Chronicles of Mystery: The Tree of Life Game Guide & Walkthrough is also available in our Mobile App
FREE IOS APP