During your travels around the world you will meet a lot of enemies. You can sneak past them or attack. This next page of the guide to Chernobylite contains information related to combat and stealth.

Stealth is a very important part of the gameplay. Thanks to it, you will not only be able to avoid detection but also perform stealth takedowns.

To enter stealth mode, just crouch. After that, your character will start to move without making noises. In addition, when you enter the tall grass or hide behind a cover, opponents won't be able to see you. 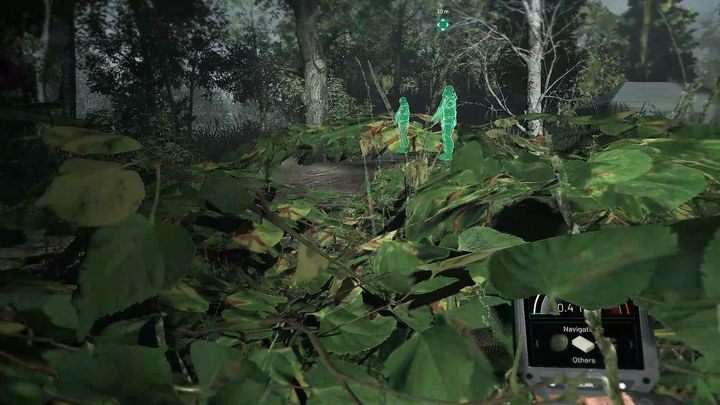 Moving quietly will allow you to sneak up on the opponents standing back to you. This gives you the chance to perform a stealth takedown. In the case of large groups, you can eliminate them without alerting others when the enemies aren't in each other's field of view. 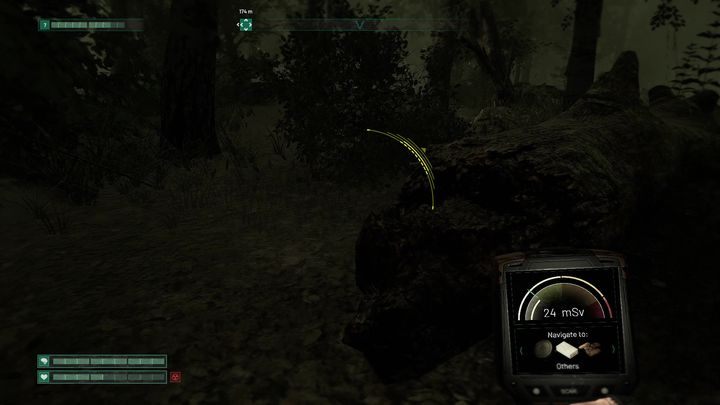 When you get noticed, you will see a special indicator that shows the direction from which someone has spotted you and the level of interest of that enemy. If it is yellow, then you got that enemy's attention but he stands still.

When the yellow indicator fills up completely, it will turn red. Then that enemy will start walking in your direction. When the red indicator gets full too, the alarm will be raised.

You can start fighting enemies only when they notice you or when you decide to confront them yourself. You have to be very careful because a few shots are enough to kill your character.

Find covers when you are in the middle of a fight. Thanks to them, you will be able to avoid enemy bullets. The most effective way to eliminate enemies is a headshot. Try to always aim at this part of the body. You should also keep an eye on the opponents to avoid getting attacked from a flank and to give yourself a chance to change position. 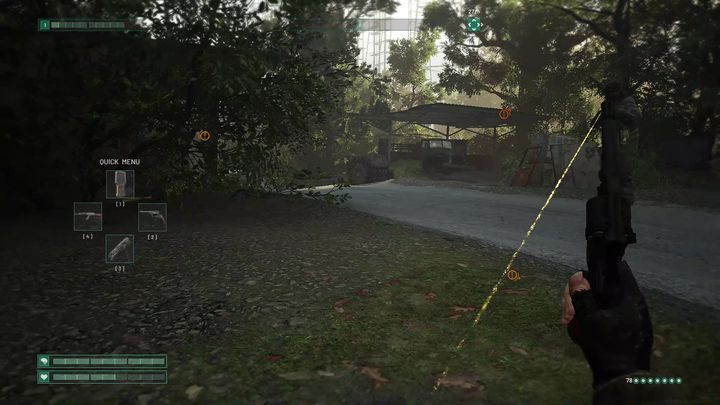 It is also very useful to observe the line of shot of your opponents. During the battle, it is displayed as a line.

This site is not associated with and/or endorsed by the The Farm 51 or The Farm 51. All logos and images are copyrighted by their respective owners.