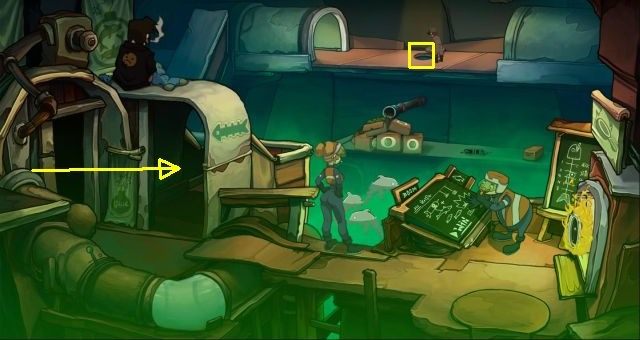 Travel to Floating Black Market and straighten one of the bananas using the straightener (found in the gadget shope). Now, travel to Porta Fisco - time to arm the dolphins. Unfortunately, according to Toni, the animals are currently in a state of depression and you need to make them happy. Proceed to the back area of the rebel camp and make an attempt to raise the catch pit. Hm... Use the bananas on the catch pit. Still no effect - use a straightened banana. Return to the front of the location and move the lever found on the left side. Return to the antechamber and use the torpedo equipment on the dolphins. 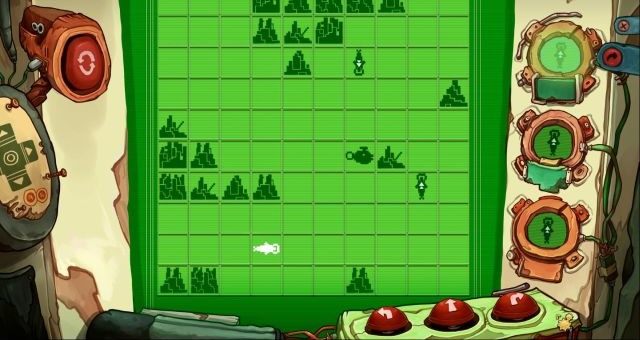 Lead the dolphins so that they block Donna's ship.

Return to the trawler and click on the radar. A minigame will begin in which you control three dolphins. Your mission is to block Donna's submarine. The dolphins will immobilize it using the torpedoes, but they have to surround it first. You need to control the animals in such a way so that the submarine gets blocked in one of the corners of the map. The bottom part of the screen contains arrows that are used to control the dolphin (left, right, forward), the buttons on the right side of the screen show which dolphin you're currently controlling (marked by a lit button).