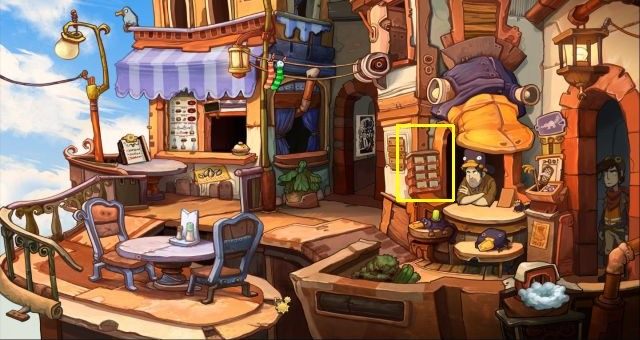 Travel to Bellevue and talk to the father. Captain Seagull will say that you'll receive an invitation only after he has written a poem for Goal. Rufus decides to do it personally and in much shorter amount of time, but his attempts won't fall to Seagull's liking. Talk about poem writing with the Poet - you'll be sent away. Proceed to the Platypus Hunter and take a look at the nearby greeting cards. Talk to Platypus Hunter, then proceed to the Poet and tell him a poem about platy-poo. The disgusted Poet will give you a small bug and offer to feed you lines. Travel to Rufus' father to receive an invitation which can be given to Lady Goal. 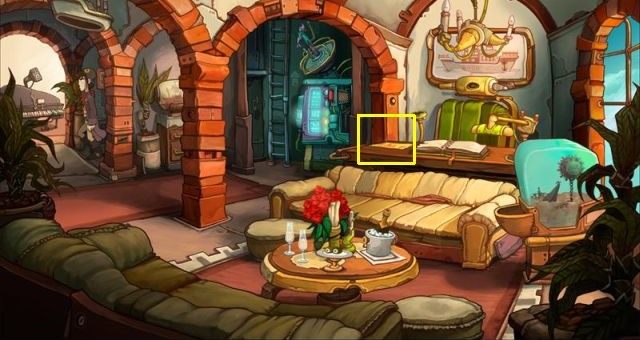 Unfortunately, the girl has not appeared at the meeting, while Rufus discovers the signs of a romantic dinner in the captain's apartment. Pick up radio equipment memo and visit the poet to ask him to borrow the radio. He won't be happy, but he will agree to borrow the radio when you show him the note. Proceed to Old Town, which will be a background to a nasty confrontation with Lady Goal and Captain Seagull. Give the radio to the Trapper. His poetry won't satisfy Lady Goal, but she will finally believe Rufus.