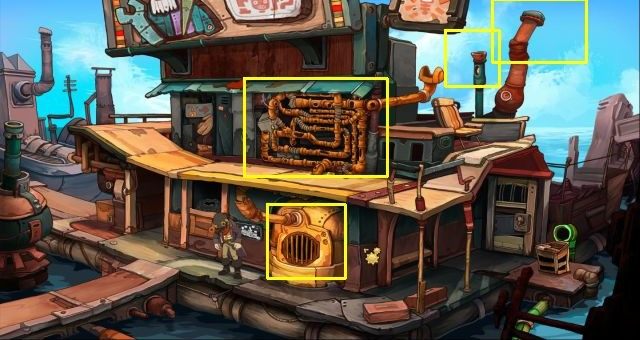 Enter the tavern and light the candle (taken from Crane the Poet's apartment - the way of acquiring it is described in the chapter on air platypus) using the candle in the tavern (in the bottom of the scene). Leave the tavern, proceed to docks and use the map to access the industrial zone. Take a look at the chimney on your right - there is an egg inside. Descend to the furnace, open the door and place the charcoal taken from Poet's apartment. Light the charcoal using the candle and approach the chimney. Rufus will be burned, while the egg lands in the pipes nearby. 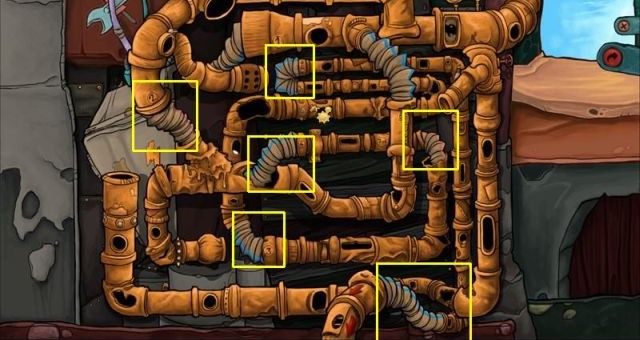 A minigame will appear in which you need to set the pipes in order to gain access to the egg. The pipes are numbered (small numbers written on metal parts). The pipes that have to be set are numbered 2, 3, 4, 5, 7, 8. Move them so they find themselves in positions shown in the screenshot above (the pipes that have to be moved are marked in the screenshot above). Place the fire platypus in a nest found left from the furnace.

Chaos on Deponia Guide is also available in our Mobile App