The third story order in Car Mechanic Simulator 2018 requires you to work on Royal Bianco. Read this chapter to learn how to complete it. You will find a list of parts to buy as well as repair tips.

After completing a simple brake change, which you have probably done sometime after doing the second order (you need level 3), it is time for a new experience. You have to deal with rims (replacement) and with "something" in the engine - serpentine belt parts (tensioner, rollers A and B, belts A and B). All those elements are on the outer part of the engine: first, remove the tensioner, then belts and the roller and put them in reverse order. Do the rims in the same way as you did them during the first order - before you replace them, you must first separate rims from tires, then put the tires on new rims and balance them. 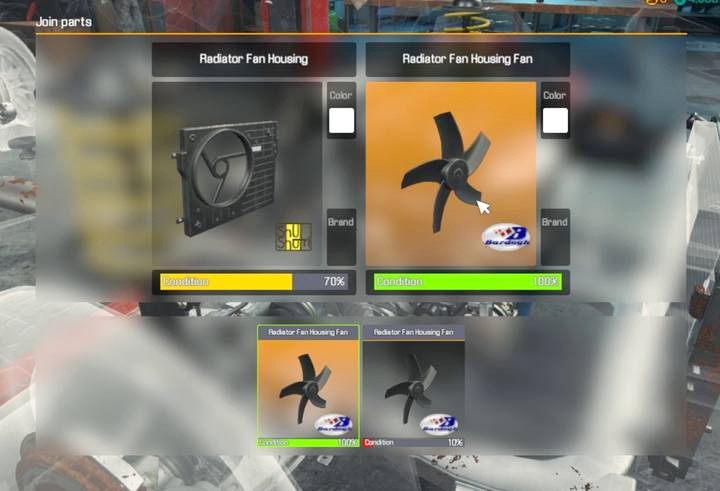 However, there is still one element that is difficult to locate. The owner claims that something is making noises under the hood. The problem is the radiator fan which is connected to the housing, but you only need to buy and replace the fan (70$) itself and put it into the old housing. Now you can return the car to its owner.

This site is not associated with and/or endorsed by the PlayWay or Red Dot Games. All logos and images are copyrighted by their respective owners.