Call of Duty: WWII game guide provides a detailed walkthrough of the latest Sledgehammer Games production. The missions were described in a way that will make all the objectives clear and simple. Furthermore, additional pictures were added to facilitate moving around the game world.

You will find out about locations of all the collectibles in the game. The so-called memento can be found on every map.

We didn't forget about famous multiplayer mode - Nazi Zombie. In COD:WW2 Zombie you can collect gear and build. Check our guide and tips to learn more:

About Call of Duty: WWII

Instead of modern or futuristic times, we will once again find ourselves in the middle of World War II. The storyline of the campaign focuses on a small squad - members of the 1st Infantry Division. Historical setting is not the only visible change. The game developers made several modifications in the game mechanics, such as adding the health bar and using first aid kits. Thus, Call of Duty: WWII servers are bursting at the seams.

About Call Of Duty WW2 Guide 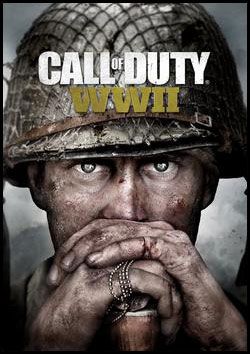 Call of Duty: WWII take place during the second World War. In the single player campaign, players will follow the story of a small military unit that was a part of the famous 1st Infantry Divisuion (the Big Red One). A young Texan, Red Daniels, is one of the units best solider. Developers emphasize not only his relationship with his team mates, but also with other groups that fight with the Nazis. Acordingly with the motto that in war no one fights alone, we will join forces with the French resistance and the British army. During a series of missions, the game will allow the players to take part in some of the crucial battles of World War II, like landing in Normandy, the Ardenes offensive, the Liberation of Paris and, last but not least, the Battle of Berlin.

Just like in the previous Call of Duty games, action in Call of Duty: WWII for PC / Windows is presented from a first-person perspective (FPP). As we play, we will fight on diverse maps, like dense forests and the streets of French and Belgian cities. Of course, we will also take part in big scale battle operations like the previously mentioned landing in Normandy. The game offers a rich, realistic arsenal, with every weapon being reconstructed with the highest attention to detail. During our adventure, we will use many types of gunslike pistols, machine rifles, or more advanced weapons like the flamethrower.

Along with the single player campaign, Call of Duty: WWII for PC / Windows offers a wide range of multiplayer modes. The newest, narrated mode called War stands out among them. In it, players will take part in the most important battles of the European theatre of war. Additionally, the game comes with a social hub called Headquarters. We can meet other players there outside the battle. Our characters class (we can be a tankman, a paratrooper, or a standard infantry soldier), looks, and equipment can be customized with the so-called Division mechanics. A new incarnation of the Zombie mode complements the list of game modes. In it, the players will face undead Nazis in an aesthetic resembling B-class movies.

More About Call of Duty: WWII

Games that have us worried  will they meet the expectations?

Many potential hits will be released in the coming days and months. Some of them, unfortunately, raise doubts whether they will be up to snuff. This site is not associated with and/or endorsed by the Activision Blizzard or Sledgehammer Games. All logos and images are copyrighted by their respective owners.