In this chapter of our guide, you can find all relevant information about guns (pistols), which are one of the best weapons available in Call of Duty Warzone. What's more, we also provide information about the best gun in Warzone and suggest which modifications to use to further improve this weapon.

In Call of Duty Warzone pistols belong to the group of basic weapons, because you start the game with a handgun. Pistols work best on short and medium distances. Due to low damage and poor armor penetration, always try to aim at enemy's head during combat to inflict as much damage as possible.

Remember that at the beginning of the match each player has an additional 100 armor points, so it will be difficult to kill someone with a handgun. Pistols have a pretty good accuracy during movement, but only if you fire single shots.

.357 is the best gun in Call of Duty Warzone 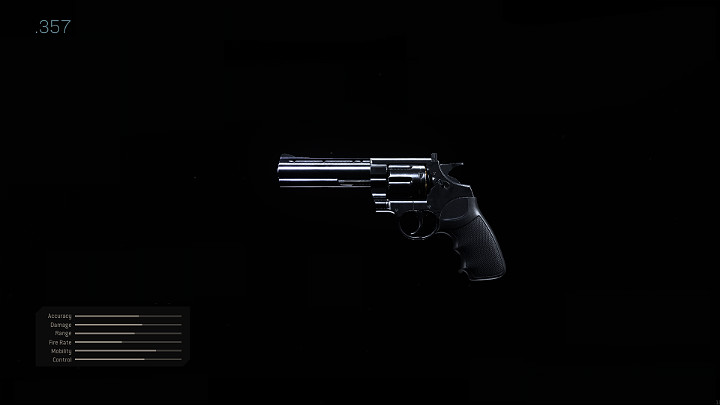 The.357 is a revolver with a huge impact force that uses heavy ammunition. With its high armor penetration rate, the .357 revolver inflicts the highest damage of any pistol available in Call of Duty Warzone. Moreover, this weapon has extremely high accuracy. Unfortunately, the .357 has a low rate of fire, which means that every shot has to be launched with great precision. Also, the .357 doesn't have a large weapon magazine, because you only store 6 bullets in the weapon's chamber.

We recommend the following modifications to .357: