Call of Duty Warzone focuses on team play so you have to remember that you are a part of 3-person team on the battlefield. Remember that there are 150 players playing on one map at the same time so you can be attacked from virtually any position. Don't attack enemy position as a single soldier cause this can only result in a weakening of your own team and a reduced chance of winning. This is why teamwork in Call of Duty Warzone is an extremely important aspect worth learning! 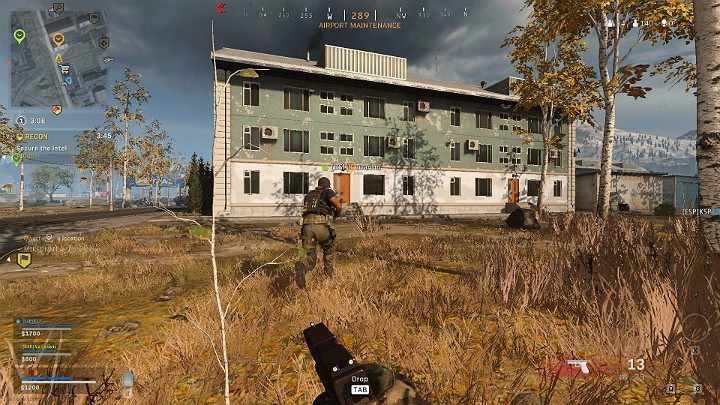 As you move around the Verdansk map in Call of Duty Warzone, try to move together. In the event of a threat, you will be able to support each other in combat and deal with your opponents more easily. This is particularly important when attempting to explore buildings. Enemies usually lurk on higher floors or roofs and wait for a careless opponent to appear in their field of attack. By supporting an ally while searching through the building, you can be sure that one of you will be able to react to the enemy's movement and, if necessary, eliminate the threat and raise the fallen ally.

Who is the squad leader?

In Call of Duty Warzone, one person in the team is the leader. The person performing this function is marked with an orange color, and an orange star appears next to his or her name. The squad leader feature was originally introduced to minimize the possibility of total chaos during landing. It is up to the team leader to have the final say on where the team lands and how the map is further explored. 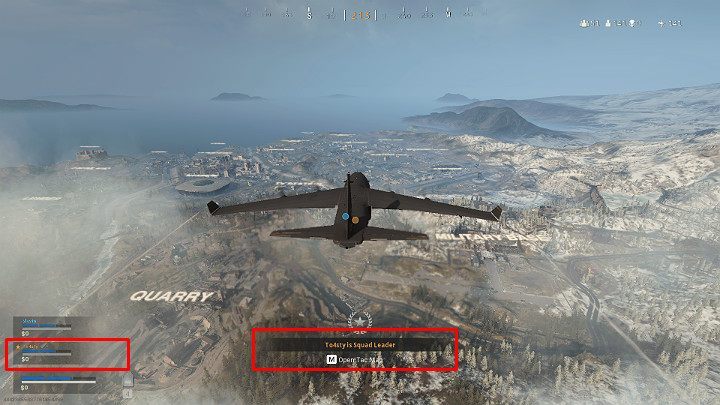 The role of the team leader is randomly assigned and if you don't want to take on that responsibility you can always relinquish that role to someone else. Just press the right button (on the keyboard it is E by default) and the squad leader function will automatically move to the next team member

A place for the team to land

Before starting the game, it is worth considering the right place to land on the Verdansk map. For this purpose, it is best to use a voice message or use a ping system. The landing site marked by one of the team members is extremely well visible even from a long distance. 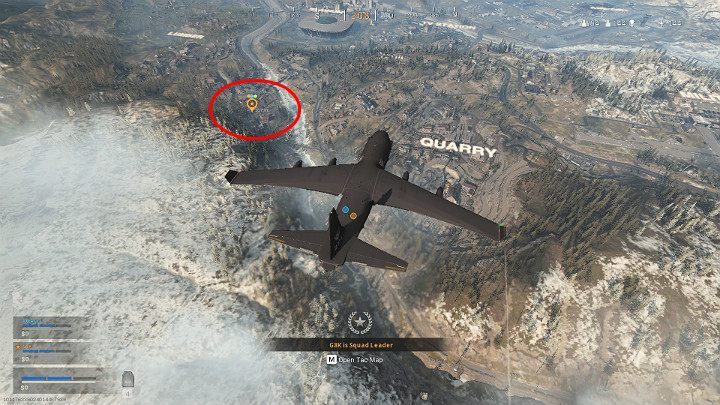 In the image above you can see the landing spot marked by the team leader - this is evidenced by an orange marker on the map. In addition, there are 3 colored dots above the marker responsible for each player. This means that each player has confirmed their choice of team leader and will land in a designated spot.

Observation of the landing area

If you see more people landing in the same spot and your allies are already on the ground, it's worth slowing down the character's descent a bit and using a parachute. This will give you some time to investigate the situation below and inform the team of the potential threat. 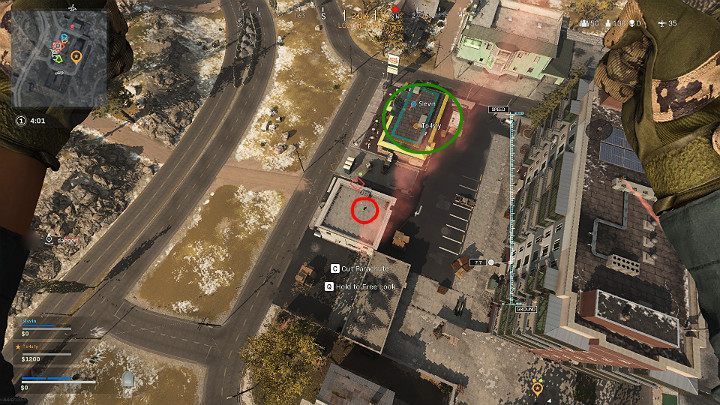 The image above illustrates a situation where two players from the team have already landed and are searching the building for the necessary equipment. One player noticed opponents landing nearby so he delayed the process of his own landing to signal a potential threat to the allies. In such a situation there is no need to risk landing next to an opponent who may have already found a weapon so it is better to target the building on the right or those located a little further away.

Collecting cash in Call of Duty Warzone is a very important strategic element of gameplay. With the money earned, you can buy necessary equipment such as loadouts, armor plates, self-revive kits or other tactical equipment such as UAVs. 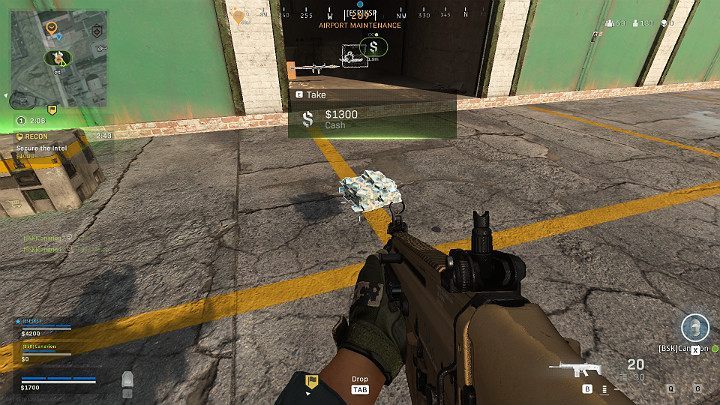 It's worth knowing that the money you earn can be shared with the rest of the team. The image above shows one of the team members throwing $1,300 to the ground. In this situation, the team's goal is to raise $8,500 for the loadout. One player has $4,200, the other $1,300, and the third player has $1,700 so together they can acquire the desired item. To throw cash to the ground, simply open the equipment (tab on the keyboard by default) and click RMB on cash (to throw everything away) or LMB and choose how much cash you want to drop. After a while it will be dropped to the ground.

Loadouts in Call of Duty Warzone are an option to get the best equipment in the game. Inside a loadout, there are specially prepared weapon kits, which players can freely create and modify before starting a round of Warzone . 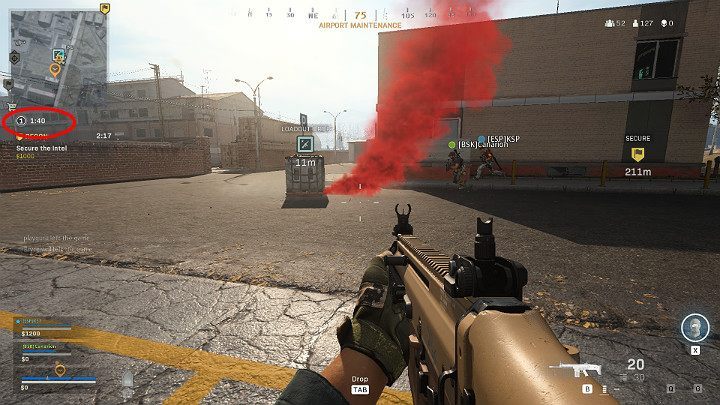 The image above shows a loadout that was purchased by the team. It is worth noting that almost 2 minutes remain until the end of the first round, and the entire team will have access to the best equipment. The loadout at such an early stage of the game could have been done by splitting the cash inside the team. For more information on custom loadouts, see the corresponding section of this guide, which is devoted entirely to this topic. 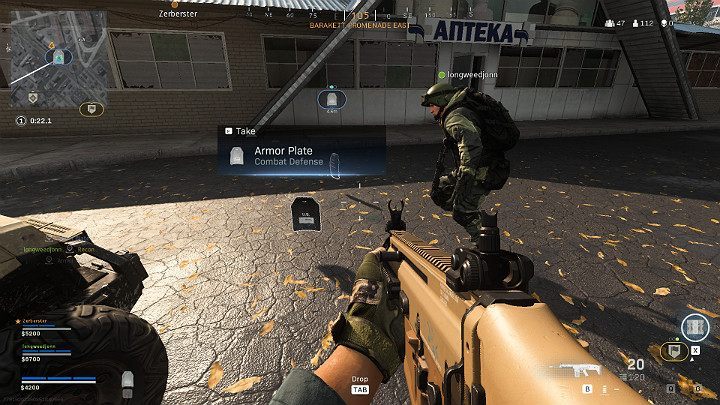 It is a good habit and very good practice to share armor plates with your team - by throwing them on the ground or getting them at a shopping point. If you see that after a fight one of the allies does not have additional armor, and you have as many as 5 additional tiles in stock - share them with another player. Sometimes it's hard to give your own kit to another player, but that's what team play is all about. A better-armored ally can take more damage and thus have a better chance of survival and saving, for example, your life.

The UAV and Tactical Airstrike are two extremely important things that can be purchased at a shopping point - the UAV costs $4,000 and the Tactical Airstrike $3,500. Another way to get these items is to find them on a map or take them away from defeated opponents. 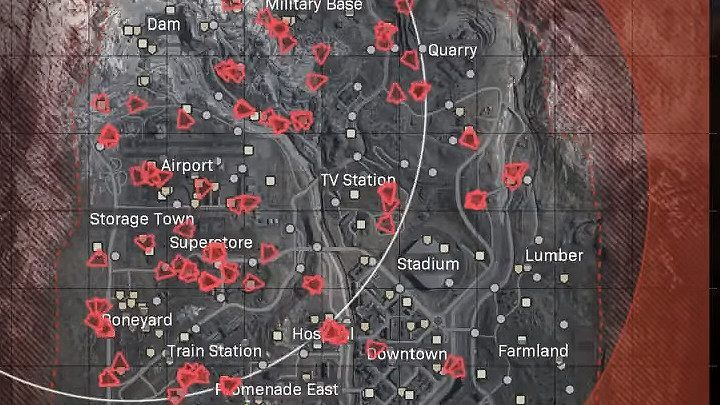 The UAV is a special reconnaissance drone that can detect the position of nearby adversaries within moments. So there is a way to discover the whole Verdansk map! If all players from one team use the UAV at the same time, the map will be flooded with red points indicating enemy players. 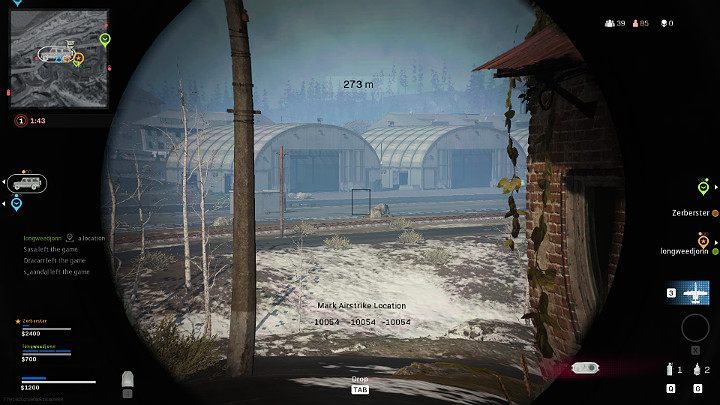 A Tactical Airstrike is nothing more than bombing a specific area. Using special goggles, you have to mark the area to be bombed, and after a short while, there will be fighters over the area to begin the bombing. The bombing option is useful when, for example, an opponent's team is hiding on the roof of a building. Once their position is marked, they will have no choice but to hide inside the building and be eliminated or jump off the roof and become an easy target.

In the course of combing the vast Verdansk map, there will surely be times when one of the allies will be knocked down. In a situation like this, you have a little bit of time to get a player like that on his feet. If you don't, he'll bleed to death and end up in a gulag or be eliminated from the game. 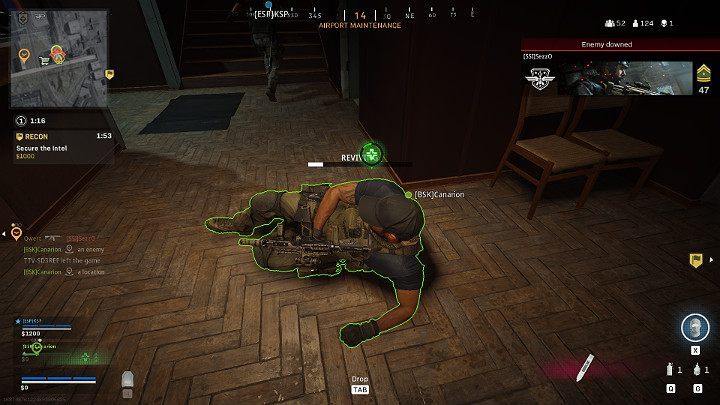 Lifting a knocked out player takes a few seconds, so before you start the whole operation, make sure there are no opponents nearby who are just waiting to take a shot. It is also worth remembering that after being knocked down the player can still move so that he can crawl to somewhere safer where it will be much easier to lift.

Remember about the self-revive kits

A self-revive kit is a kit for self-lifting a character after being knocked down. The self-revive kit can be purchased at the shopping point for $4,500. If you have surplus cash, it is worth opting for this purchase. In a difficult situation, it can save not only your life but sometimes the whole team's. Using a self-revive kit takes a long time, so make sure you can go through this procedure without anyone disrupting you. Before you start reviving your own character, it's worth letting the team know via voice chat that you're using this option. This way, the team will know that it can engage in combat with the enemy, not go to your rescue. There is no set limit on how many times you can use the self-revive kit so buy it whenever you feel the need.

Don't get out of the game when you're eliminated

Unlike other Battle Royale games, Call of Duty Warzone allows players to respawn dead allies. To do so, you must pay $ 4,500 for each returned player. 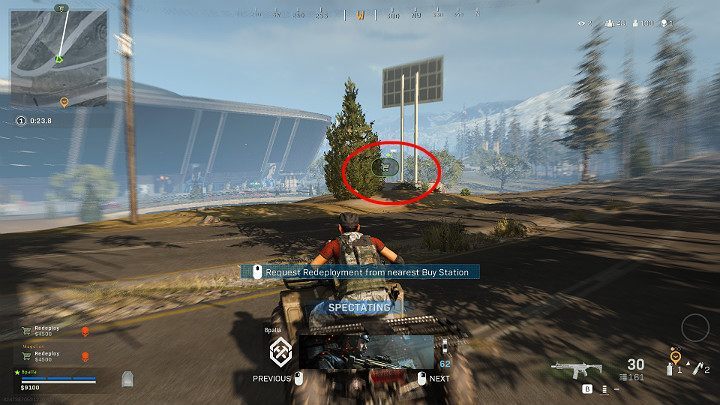 In the image above, it can be seen that two players from the team have been eliminated and are no longer allowed to return to play through the Gulag. In this situation, the surviving player can facilitate their return to the map. The player has a budget of $ 9,100, so he can afford to restore both allies to the game at the same time. To this end, he uses a vehicle to get to a shopping point behind the stadium. The team will be re-assembled and still have a chance to win!

Support allies inside the Gulag

You can go to the Gulag alone or with an ally. There may even be a situation where you all end up in this place together. Don't worry, you'll never have to fight against each other. What's more, you can help each other during the struggle in the closed gulag Arena! 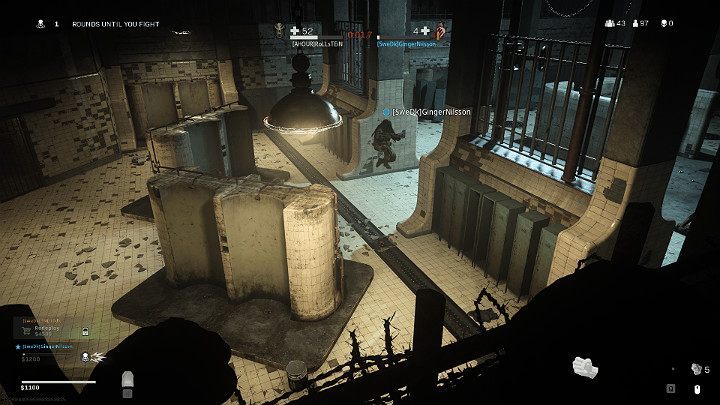 If one of your allies went to the Gulag with you, you can help each other a little in achieving victory. Standing on the balcony and watching the progress of the match, you can give your ally hints on the voice chat and reveal the enemy's position. It may not be fair, but it is all about the good of the team!

The vehicles available in Warzone certainly make it easier to navigate across the Verdansk map, but they can also serve a different purpose. Among the vehicles available in the game one can find: SUV, ATV, Tactical Rover, Cargo Truck, Helicopter. The vehicles have a limited number of seats and players sitting in the passenger seat or in the back of the vehicle can use their own weapons and eliminate targets while still in motion. 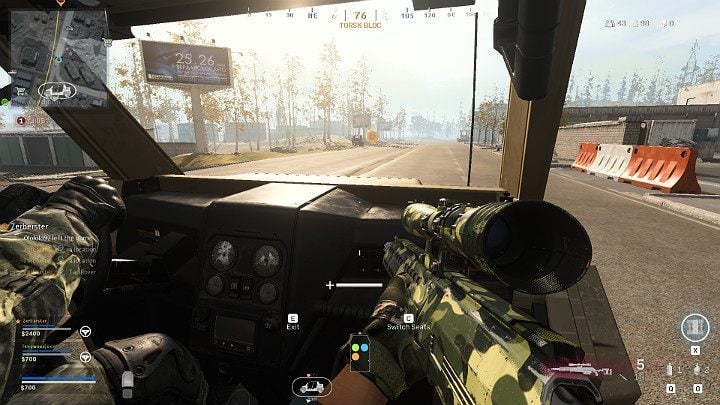 Each vehicle has a specified amount of durability. When it drops to 0, the vehicle explodes and all the passengers in it are knocked down or killed on the spot. However, vehicles are not only an efficient means of travel, because you can use them, for example, to run over the fleeing opponent and thus eliminate him from the game. The helicopter will also be useful in taking up a convenient sniper position on the roof of, for example, a stadium where it is otherwise impossible to get in.