Call of Duty Warzone has a lot of original mechanics absent in other Battle Royale games. Besides making in-game purchases and using special loadouts, players have the option to use the so-called second chance. Those who manage to use it will be able to return to Verdansk. The losers can only count on the team to buy them back into the game. In this chapter, we have described the rules of the Gulag mode and have listed some tips that can help you get back on Verdansk map.

After the first elimination of your character, you get captured by anonymous NPCs and end up in one of the Gulag's cells. Here you can watch other players fight and wait for your turn to get a chance to return to Verdansk. 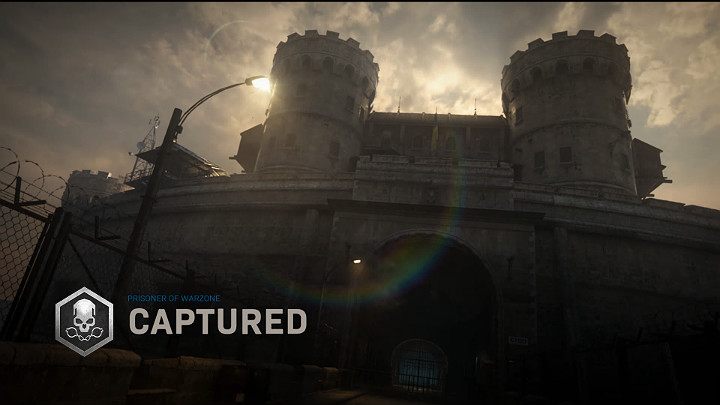 When your turn comes, you will have to face a random player in a 1-on-1 match, in a very limited space. The winner of the match wins the most valuable prize - gets transferred to the map. The defeated player can only hope that his team will collect enough cash to bring him back to the game.

Is Gulag available throughout an entire match in Call of Duty Warzone?

Gulag in Call of Duty Warzone isn't available throughout the entire match. You can get into it at the very beginning of the game, but it gets closed at the end of the 4th round (including the part where the gas ring starts to get smaller). 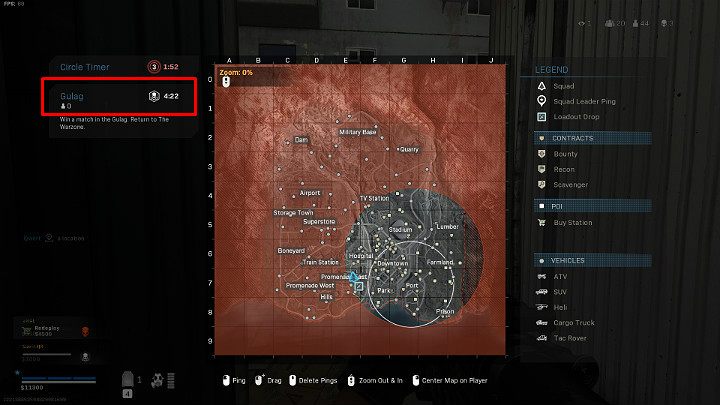 The picture above shows the countdown to the closing of the Gulag. In addition, in the area marked red, you can see the number of players who are currently inside the Gulag.

Can I get experience in the Gulag?

Yes, you can get a few experience points here - the enemy killed during a 1 vs 1 duel is added to the final score. Moreover, if you get a random weapon, you can level it up a little provided you manage to defeat the enemy.

Do I get back from the Gulag with my previous gear?

Unfortunately, during the death of your character, you lose all previously acquired equipment to the enemy. You reach the Gulag without any items and you go back to Verdansk in the same state. You land only with a handgun, just like at the beginning of the standard match.