Call of Duty: Mobile offers maps known from the main games of the series. So if this isn't your first time playing any of the games from the series, then you have probably played at least on one of them. On this page, you will find a description of all the maps available in the game. 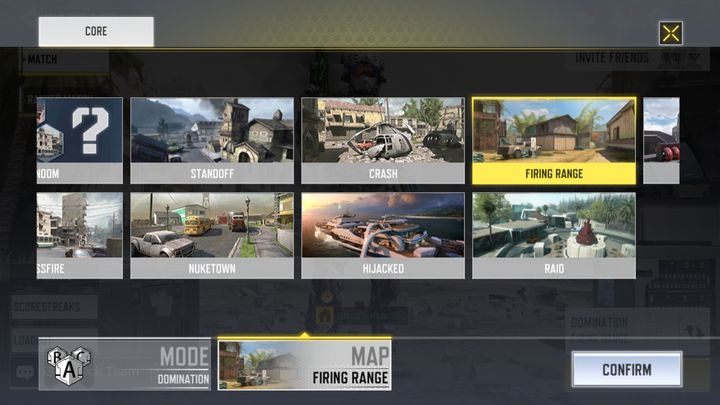 Nuketown is a map known from Call of Duty: Black Ops. It is a small fragment of suburbs that consists of two houses and a road.

In most cases, the most fierce battles happen on the road. Use the wreckage standing there as cover. You can also get inside the buildings and fire from the windows.

Crash comes from Call of Duty 4: Modern Warfare. This is a map consisting mainly of narrow alleys and passages in buildings.

Here, the majority of the fights happen near the wreckage of the helicopter. However, this isn't a rule. In this case, it is best to hide behind cars and around the corners of buildings.

Hijacked is a yacht from Call of Duty: Black Ops. It's a pretty small map that allows you to have a limited area to maneuver. Most battles are fought in the central part of the map. The passages leading below the deck are near the spawn points. You can use them to go to the other side of the map and surprise the enemy from behind.

Standoff is a map from Call of Duty: Black Ops 2. This map has one main road and a number of passages in buildings and a yard. The most important street is the most dangerous place. The surrounding buildings are a good place for a sniper.

Killhouse is a very small map from Call of Duty 4: Modern Warfare. It is filled with all sorts of covers, so you won't have difficulties with hiding.

Takeoff is from Call of Duty: Black Ops 2. This floating platform consists mainly of a huge space. Snipers can use the nearby staircase to shoot other players.

Crossfire is another map from Call of Duty 4: Modern Warfare. It is very similar to Standoff. It consists of main roads, as well as a number of narrow passages. The largest roads are dangerous as the surrounding buildings are a great position for a sniper.

Firing Range comes from Call of Duty: Black Ops. Here you will find many wide corridors. The number of covers is limited meaning that you will spend the majority of the time in the open. Therefore, it will be very difficult to sneak up on enemies.